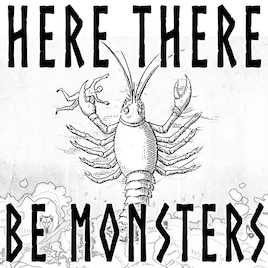 This item has been added to your Subscriptions. Some games will require you to relaunch them before the item will be downloaded.
In 1 collection by Araanim
Here There Be Monsters Ultimate Experience 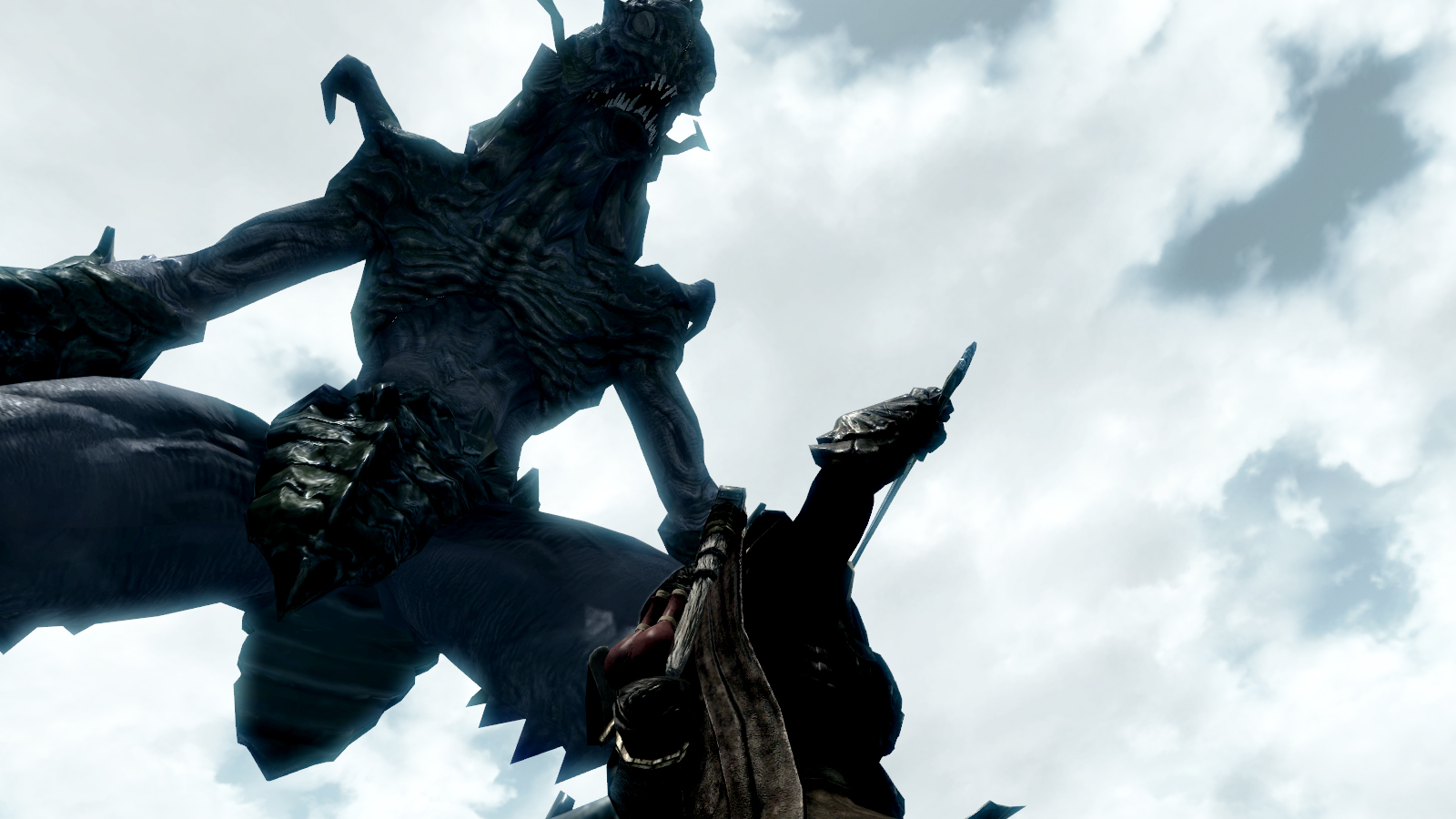 "Monsters are tragic beings.  They are born too tall, too strong, too heavy.  They are not evil by choice.  That is their tragedy."
--Ishiro Honda

>NOW FULLY VOICED<
Got some love on Gamespot's "Top 5 Skyrim Mods of the Week."  Thanks, everyone!

This mod adds nine massive boss monsters that prowl the Ghost sea.  They are based off of various world myths regarding sea monsters.  There are also three ship captains and an expert monster hunter for hire.  Asking around the coastal cities will lead you on a quest that will pit you against the terrors of the deep.  Keep an ear out around the docks and go from there.
Get set for an epic hunt!

*Spoilers ahead, if you want to be surprised...*
I realize that starting the quest isn't overly straightforward, so if you're having trouble, here:
The quest triggers the first time you walk into one of the coastal taverns.  You will get a message box informing you that you hear some sailors talking about monsters.  After that, talk to a tattered survivor down on the docks.  There are three survivors, one each on the docks in Dawnstar, Solitude, and Windhelm.  They will tell you a story and the quest will begin, telling you to talk to sea captains.  The sea captains are in the taverns.  Only the sea captain in Dawnstar, Captain Gamli, will advance the quest at first.  He will send you to kill Jormungandr, then you return to him and he will send you to Ghoragdag.  Ghoragdag will send you to kill the Leviathan.  Then she sends you to Guomundr, who sends you to kill Iku-Turso.  It is there that you will meet The Hunter camped out on the same island as the Serpent Stone, which begins a second, separate quest (Or you can also talk to him on his ship in Dawnstar after killing Iku-Turso).  From there The Hunter will follow you and is always the quest giver.  I wouldn't recommend killing the monsters out of order, unless you just don't want to deal with the quest at all.  All four main characters can be followers.
*End Spoilers*

-An epic, fully-voiced quest to rid the sea of giant monsters.
-9 monsters, each with a unique lair.
-3 ship captains for hire.
-1 expert monster hunter for hire.
-Unique spells that let you summon monster spawn.
-A monster hunter's ship that can be used as a player home.
-The Eye of Óðinn, an enchanted eyepatch with a constant detect life enchantment.
-Custom armor and weapons that can be forged from the remains of the monsters you kill.

-Giant monsters tend to glitch a bit.  I've tried to optimize their size and environment to help this, but a little weirdness is inevitable with creatures this size.
-The Curruid sometime causes massive FPS drop; I'm not sure why.  Something in the way Chaurus are animated, I believe.
-Jormungandr is still about 70 feet in the air, so he's a bit hard to fight.  I made it so he can swim, so sometimes he will sink into the water where you can get at him a little more easily.  This is just the nature of the Ice Wraith.
-Leviathan has a tendency to get stuck down deep and not chase the player.  You have to coax him to the surface to get a shot at him.  My favorite strategy is to locate him in the water beneath you and Fus! him to the surface so you can fight him.
-The area where Jormungandr originally was (due north of Icewater Jetty) has become corrupt because I messed up the Navmeshes. Jormungandr has been moved to a new area north of Ophan's Tear, and there is no reason to go to the corrupted area. I'm looking into fixing the meshes, but it's an involved process that I haven't had time for yet. Sorry if this causes problems.
-There is an item called the Chaos Shield that can sometimes cause a CTD.  It uses the lightning effect from a Storm Atronach, and for some reason the game doesn't like that.

If you kill a monster out of order, is *should* simply update the quest to that point in the quest, but things might get messed up, so here are the quest IDs in case you need to use some console trickery:
HTBM01 - "Here There Be Monsters"
HTBM02 - "Hunter of Monsters"
Just use getstage [quest id] to get your current quest and setstage [quest id] XXX to set it to the next stage (Just keep adding five until it completes what you need it to.)
Alternatively, if you killed a monster before you were supposed to, just use the "resurrect" command in the console and kill him again, that should trigger it.
I'll keep working on contingencies to keep these problems from happening but this should help if you get stuck. Or you can always just reload and do it again.

***DISCLAIMER (Since apparently this is a difficult thing for some of you.)***

The Hunter is the main character in this mod. He is essential for the quests and the story that they tell. As such, the mod will make him follow you through most of the quest. He should stop following you after the quest is completed. Please do not murder him, or disable him, or otherwise get rid of him. The quest makes no sense without him, just let him follow you. Thank you.


The Here There Be Monsters Saga

Here There Be Monsters﻿

Here There Be Monsters - Call of Cthulhu

Want to show your support?
View my Patreon[www.patreon.com], or follow me on Facebook[www.facebook.com]!
< >
1,940 Comments

Validor Jul 14, 2019 @ 9:21am
managed to kill karkinos (the giant crab) but The hunter has just disappeared (didn't took him with me on the hunt)

i can't even spawn him with console commands

Nooch (penis gaming) Jul 5, 2019 @ 2:03am
how do i start the quest? not sure what you mean by coastal taverns. ive gone to most inns and taverns in skyrim and nothing happened. do i have to be a certain level or?

Hmm, the map marker isn't pointing to her somewhere?

Try opening the console and typing "help tiamat" to get her ID. You'll have to pick the right one (probably the second one) and spawn her.

........I don't *think* that will break anything later? It might be better just to re-load and kill Phorcys again.

Ta'veren May 30, 2019 @ 10:20am
{Spoilers} After killing Phorycs the spirit that was supposed to spawn didn't, so if there is anyway you could help with this it would be much appreciated.

Araanim  [author] May 1, 2019 @ 5:44am
@piemad014 Thanks! The eating thing is kind of impossible. It would require both custom animations for each type of creature, and custom kill-cam sequences, both of which are far beyond my expertise. Jormungandr should be able to do it, since he's technically a dragon, but that's the only one.
< >