Store Page
Tabletop Simulator>  Workshop > Phase Shift Games's Workshop
This item has been removed from the community because it violates Steam Community & Content Guidelines. It is only visible to you. If you believe your item has been removed by mistake, please contact Steam Support.
This item is incompatible with Tabletop Simulator. Please see the instructions page for reasons why this item might not work within Tabletop Simulator.
Current visibility: Hidden
This item will only be visible to you, admins, and anyone marked as a creator.
Current visibility: Friends-only
This item will only be visible in searches to you, your friends, and admins. 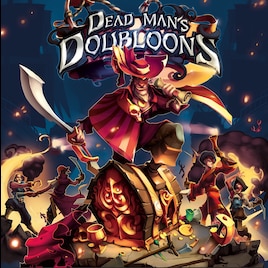 This item has been added to your Subscriptions. Some games will require you to relaunch them before the item will be downloaded.
Description
New pirate adventure board game from Geek Fever Games and ThunderGryph Games.

The Pirate's Tale:
Players take on the role of a legendary pirate ship captain, hell-bent on winning the race to endless riches of buried treasure. Fragments of treasure maps, gold doubloons, and precious jewels can all be stolen, as can rival ships! Once the treasure has been dug up, the ship Captains return to their vessels to engage in a final epic battle on the high seas!

The Gameplay Gems:
* Simultaneously wage war on 2 fronts
* Everything in the game can be stolen
* Innovative Treasure Map system
* Visually stunning
* Fast, engaging gameplay with an epic finale

Loisence Inspector May 24, 2018 @ 5:33am
Any chance of adding the leviathan's clash expansion (whenever/if it comes out)

Phase Shift Games  [author] Jun 19, 2017 @ 6:28pm
Folks, we have just updated this module to v2.0 of the game. This includes all the official artwork that will be featured in the published version of the physical game. The only thing missing from this module is the actual ship models, but those will come in the future. Enjoy!

Phase Shift Games  [author] Dec 14, 2016 @ 6:09pm
Another great update uploaded, cleaning everything up as we prepare to launch this with our publisher!