Greenlight > Games > Pathborn's Workshop
Greenlight is being retired. For more information on how to submit games to steam, refer to this blog post.
This item has been removed from the community because it violates Steam Community & Content Guidelines. It is only visible to you. If you believe your item has been removed by mistake, please contact Steam Support.
This item is incompatible with Greenlight. Please see the instructions page for reasons why this item might not work within Greenlight.
Current visibility: Hidden
This item will only be visible to you, admins, and anyone marked as a creator.
Current visibility: Friends-only
This item will only be visible in searches to you, your friends, and admins.
Saturated Dreamers
Description Discussions0 Announcements1 Comments63

I want to add a few more testers for the game. Preferably, testers should:

- own / have played / have beaten my previous game, Immortal Defense (not an absolute requirement, but it helps if I know you're a fan of my style of game)
- have experience beta testing other games, or at least are able to give very detailed / specific feedback
- not mind if the bugs of playing through a beta ruin the experience of the full game for them -- e.g. are willing to play through the game, find a bug that stops their progress, wait a week or so for it to be fixed, and then try again

If any of you would like to beta test this game, please email me at rinkuhero@gmail.com

Read More
Description
Release date: 2018
Saturated Dreamers is a huge, top-down science fiction exploration game set on a sentient alien lake. Its gameplay is "Zeldalike", and its inspirations include classics such as the Guardian Legend and Crystalis. Learn about its ecosystem, befriend and confront enemies that interact with each another and you. Collect five intricate companions and 10 multi-purpose ship functions. Decide how to level-up with its flexible skill tree and perk system. Terraform the alien lake, as it adapts to you and you adapt to it. 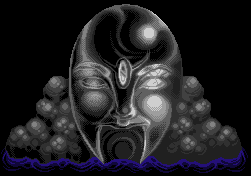 Gameplay Summary: There are two modes of play. In the central exploration mode, you explore a huge non-linear map, and attempt to friend creatures and open new paths. Each type of creature is friended in a unique way, which involves action and puzzle elements, and is made more difficult or easier by the area layout and by the presence of different types of creatures in the same area. After you friend a creature, you can temporarily learn its ability. If it's a boss creature, you can permanently learn a new core ability. These abilities can be leveled up as you friend more creatures and explore new areas. You can decide how to level up your abilities, and there is a perk system as you gain experience.

The second mode of play is similar to vertical shmups, and is a separate, but parallel story, and works like a set of dungeons inside the main mode of gameplay. In this mode, all the abilities above are offensive, and you shoot at enemies to destroy them rather than attempting to friend them. The same abilities that you leveled up for friending purposes now take on secondary offensive purposes. The objective here is just to get through a level, shooting anything in your way, with a limited number of lives. If you make it to the end of these levels, you open new paths in the main mode of play. All bosses also exist in both modes: after you friend a boss, you must destroy that boss in this secondary reality. Only after both friending and destroying a boss in each reality will you gain that boss's ability.

The game has been in production for over nine years, and it is by the developers of the highly acclaimed game Immortal Defense. The game world is huge, with over 1000 hand-made areas, and 50 hours of gameplay. The soundtrack contains over four hours of music (including many tracks by Immortal Defense composers Walter Eres and Long Dao). The sprite work is by artists Hardi Gosal and Kelly Harris. The story is written by Immortal Defense writers Jeanne Thornton and Paul Eres, who also programmed the game and illustrated the cutscenes in watercolor (painted and then scanned). 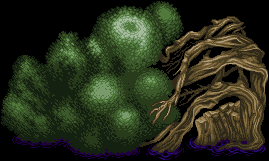 Other setting inspirations include the novels Solaris, A Door into Ocean, and Nausicaä of the Valley of the Wind. There is a heavy science element to the game (although it is not at all an edutainment game), informed by developer Paul Eres's education and interests in biochemistry; the story is "hard sci-fi" but without neglecting character development.

There are five central characters. The scientist Mercedes, who leads the exploration mission from Earth. A revived human, NeoTheo, who the Lake revived after he died -- violent in life, he has become peaceful in his afterlife. The "Lake Human" Venus, a human being found on an alien world, who is able to understand how to friend creatures. And two alien creatures of the lake, Ikks, a carefree doppledanger who takes human form and who knows every inch of the Lake, but is reluctant or unable to divulge its secrets, and Spare Moment, a creature alien even to the Lake which it captured millions of years ago, who speaks little and cares for neither the Lake nor the humans. All of them ride together on the ship the player pilots, the Leda, and each provides new capabilities to that ship when you find them; together they are its crew.
< >
63 Comments

Pathborn  [author] Jan 15, 2020 @ 10:58am
no estimate. definitely *will* be released, and i still actively (though slowly, part-time) work on it, and there are testers playtesting it who have access to it, and the offer to add more playtesters is still open, but i can't really give a release date estimate. best i can say would be either late 2020, 2021, or 2022

Whiterabbit-uk Feb 27, 2017 @ 11:32pm
A goood friend who has already bought into this game told me about this game. I'm really looking forrwards to it beig released and will definitely be buying it. I'm also considering whether to contact you about testing.