Tales of Maj'Eyal>  Workshop > Charidan's Workshop
This item has been removed from the community because it violates Steam Community & Content Guidelines. It is only visible to you. If you believe your item has been removed by mistake, please contact Steam Support.
This item is incompatible with Tales of Maj'Eyal. Please see the instructions page for reasons why this item might not work within Tales of Maj'Eyal.
Current visibility: Hidden
This item will only be visible to you, admins, and anyone marked as a creator.
Current visibility: Friends-only
This item will only be visible in searches to you, your friends, and admins. 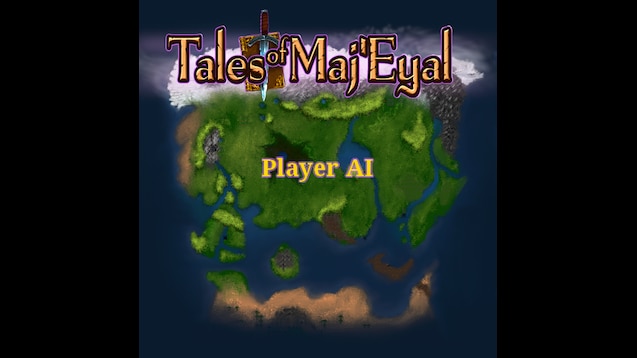 Charidan
Offline
See all 3 collections (some may be hidden)

This item has been added to your Subscriptions. Some games will require you to relaunch them before the item will be downloaded.
Description
TOME FORUM LINK: http://forums.te4.org/viewtopic.php?f=50&t=45000

Adds a keybind to activate the new player AI. Set to Alt+F1 by default.
This player AI rests, auto-explores, and attacks enemies (using most talents when possible).
It will clear an entire floor or stop when it hits a configurable health threshold (default 25%) in the presence of enemies.

This AI has not been tested in the Sandworm Lair, use it there at your own risk.
The AI doesn't know not to use menu-opening abilities (e.g. command staff) so it's probably unhelpful to use with classes that have those abilities enabled. I've also gotten reports of gamebreaking problems with Chronomancer, which should surprise nobody.

Compatibility note: This addon superwrites Player:act(), so if your addon also touches Player:act() change the load order so that the Player AI addon loads last.

Not under active development.

Charidan  [author] Nov 7, 2020 @ 5:57pm
Generally speaking no, I don't actively maintain this. If I was going to come back to it, configurations on individual spells would be the next step. Honestly the hardest part is getting the UI so you can actually set the settings.

I tend to revisit this for touchups every year-ish, so maybe it'll happen. The github for it is public though, if anyone feels like contributing (ha!).

Guedez Nov 7, 2020 @ 4:11pm
I also would like to reserve some spells for myself to decide when to use as a panic button

Guedez Nov 7, 2020 @ 4:11pm
Is this still updated? Can we get an option to disable spells for the AI? Some spells crash the game through a stack overflow, seems to be the chronomancer spell that asks for a number

MoistYaourtEau Oct 17, 2020 @ 8:08pm
I restarted the game a few times and now it works but i have to start with a new character it seems

MoistYaourtEau Oct 17, 2020 @ 4:22pm
it is enabled and i just clicked subscribe and it downloaded thats it

Charidan  [author] Oct 17, 2020 @ 3:09pm
Check your addons menu and make sure it is enabled? If you open the in-game options menu you should be able to find the tab with the configurations for the mod. If not, you haven't installed it correctly.

Charidan  [author] Sep 12, 2020 @ 4:02am
@Howl at the Moon
No idea! I have never tested adding the addon to an existing save, so I'm not sure how that even works. I don't know if the ToME engine even allows for loading a save with mismatched addons - I tried just now and my save without the addon simply was not available to be loaded. It's possible there's a trick to adding an addon to a save file, or that I need to do something to the addon to allow it to be added, but for now I think that the TE4 engine requires that a save be loaded with the same addons it was created with (likely because of lua bundling).

Charidan  [author] Sep 12, 2020 @ 4:02am
@Kijiroshi
Good point. I've been pretty dissatisfied with how effective Hunt state is and regretted leaving it there without me working on it. I've added an option to ignore Hunt state entirely, which causes the AI to respond to unexpected damage by stopping and asking for human help. This can be a little annoying in places like Trollmire where it gets attacked walking around a tree and is gets confused, but it's probably going to be an appreciated option for a lot of purposes.