Greenlight > Games > phosphorus's Workshop
Greenlight is being retired. For more information on how to submit games to steam, refer to this blog post.
This item has been removed from the community because it violates Steam Community & Content Guidelines. It is only visible to you. If you believe your item has been removed by mistake, please contact Steam Support.
This item is incompatible with Greenlight. Please see the instructions page for reasons why this item might not work within Greenlight.
Current visibility: Hidden
This item will only be visible to you, admins, and anyone marked as a creator.
Current visibility: Friends-only
This item will only be visible in searches to you, your friends, and admins.
End State
Description Discussions14 Announcements7 Comments294 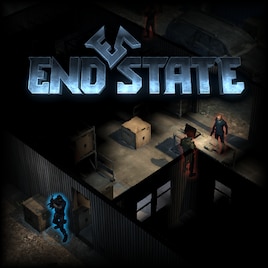 hencha
Offline
See all 41 collections (some may be hidden)

View End State in the store

It's been a long time and a lot has happened with End State from the Greenlight days. If you want to see what is up with the game these days, go to our official steam store page! We have a new video, info and screenshots available!

We have been actively developing the game this whole time, and it's progressing really well. The gameplay feels pretty solid already. Soon the first ones registered to our Alpha list will be able to try the game themselves.

If you haven't registered for the Alpha, do it now:
(outdated links removed)

The Setting
In End State you are a station chief of a covert intelligence unit operating in foreign soil, a war-torn country in Eastern Europe where warring militia groups, private security forces and criminal organizations are all driving their own agendas among the chaos. Your task is to gather intel on a terrorist network operating within the region and track down their leaders. You will search for leads, find your targets, gear-up your team and coordinate tactical missions in the field.

Features
About the development
The game is developed with a passion for turn-based tactical games and of course is inspired by the classics of the genre such as Jagged Alliance and X-Com, but also tactical shooters like the original Rainbow Six games and the SWAT-series.

There is quite a bit of development that has led to the current version of End State. If you wish to read more about it you may go to: http://www.endstategame.com/#!about/c24vq

Thank you for reading and please vote if you like!
Popular Discussions View All (14)

New game ideas for dev to look at.
bobman473

How much you pay for this?
SkyHempZ-SkT

Persia 84 Jan 30, 2018 @ 4:02am
when does the EA finally come out? and can i do my character lie down on the ground Or climb on the roof like Jagged Alliance? and can i use there a notebook with such a wonderful music like in Jagged Alliance?

End State has been Greenlit and is now listed in the Steam store. For the latest information, purchase options, and discussions for End State, please see it on the Steam Store or in the Steam Community.
Visit Store Page
For more details Visit Community Hub
For latest discussions
If you really, really want to, you can continue to the Greenlight page. Information on this page may be out of date, since all the action has moved to the areas noted above.