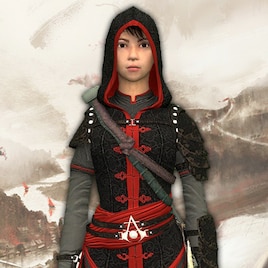 53 items
Description
Shao Jun (1505 – unknown) was a member of the Chinese Brotherhood of Assassins. A former concubine of Emperor Zhengde, she was rescued by the Assassins after the emperor's death, and devoted her life to the Order as a result.

During the interregnum that followed Zhengde's death, Zhang Yong - the leader of the Eight Tigers, a Templar faction - ordered a purge of all those who opposed him, which included the Assassins. Jun and her Mentor fled west to seek out the Italian Assassin Mentor, Ezio Auditore da Firenze.

Two years later, Shao Jun returned to China. Together with a Master Assassin named Wang Yangming, she sought to rebuild the Assassin Brotherhood in China, and claim vengeance against Zhang Yong's Eight Tigers.