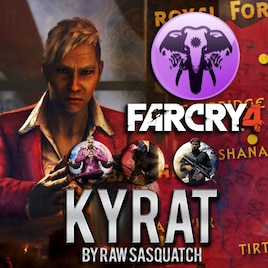 Kramer
Online
See all 296 collections created by Kramer and other people (some may be hidden)
You need DLC to use this item.

This item has been added to your Subscriptions. Some games will require you to relaunch them before the item will be downloaded.
In 2 collections by Kramer
Far Cry Civs & Components 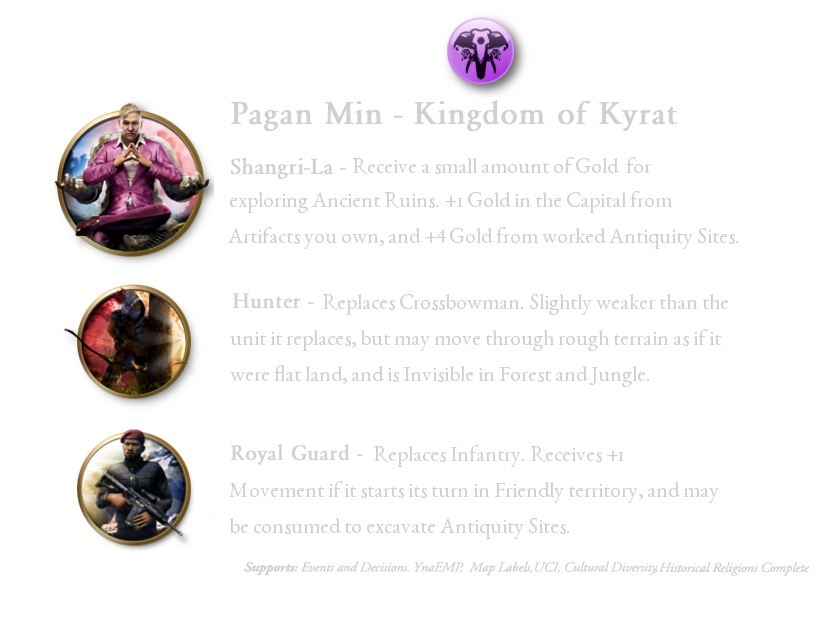 This mod adds Far Cry 4's Kyrat to the game under the leadership of King Pagan Min!

Shangri-La: Receive a small boost of Gold for exploring Ancient Ruins. +1 Gold in the Capital City for each Artifact in the empire, and +4 Gold from unexcavated Antiquity Sites worked by a city.

Hunter: Replaces the Crossbowman. Slightly weaker than the unit it replaces, but moves through rough terrain as if it were flat, and is Invisible while in Forest or Jungle.

Royal Guard: Replaces Infantry. +1 Movement when it starts its turn in Friendly territory, and can excavate Antiquity Sites like an Archaeologist.

Buy me a coffee!
All of my mods will always be free to play, no matter what. No exceptions. So if you enjoy my mods and want to help me out, consider making a donation!

Who thinks he should add Vaas?
OS-NK

Madd Prerow Sep 2, 2021 @ 10:32pm
Would love to see more with this and your other Far Cry civs (i.e. more unique dialog). I think they're great and can only be improved. Excellent work!

Sternjaeger Feb 24, 2019 @ 3:40pm
Could you make those custom units it compatibles with RED please?