Greenlight > Games > AEROBAT's Workshop
Greenlight is being retired. For more information on how to submit games to steam, refer to this blog post.
This item has been removed from the community because it violates Steam Community & Content Guidelines. It is only visible to you. If you believe your item has been removed by mistake, please contact Steam Support.
This item is incompatible with Greenlight. Please see the instructions page for reasons why this item might not work within Greenlight.
Current visibility: Hidden
This item will only be visible to you, admins, and anyone marked as a creator.
Current visibility: Friends-only
This item will only be visible in searches to you, your friends, and admins.
AEROBAT - Absurdly high-speed arcade shmup-like
Description Discussions0 Comments231 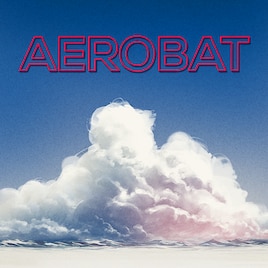 AEROBAT
Offline
See all 33 collections (some may be hidden)
Description
AEROBAT is an absurdly high-speed arcade shmup-like.

Your fighter can power its engines or its weapons, but not both at once. Fly without defense at breakneck speeds to build power, then throw yourself skyward, cut the engines, and attack while in free-fall.

The game is designed with a heavy emphasis on split-second risk vs reward decisions — your greatest victories will be achieved through reckless self-endangerment.

Hyper-responsive controls have been at the core of the design since day 1. Movement is entirely mouse-driven with near zero input latency, allowing your fighter to dance through swarms of enemies at incredible speeds.

AEROBAT is the work of a single developer, Matthew Yeager, over nearly two years. He has been solely responsible for the game's art, code, and design.

You can follow the game's development via the official site: http://aerobat.thew.nu
Or by following me on Twitter: https://twitter.com/AmazingThew
< >
231 Comments