Greenlight > Games > Captain Müller (KGF)'s Workshop
Greenlight is being retired. For more information on how to submit games to steam, refer to this blog post.
This item has been removed from the community because it violates Steam Community & Content Guidelines. It is only visible to you. If you believe your item has been removed by mistake, please contact Steam Support.
This item is incompatible with Greenlight. Please see the instructions page for reasons why this item might not work within Greenlight.
Current visibility: Hidden
This item will only be visible to you, admins, and anyone marked as a creator.
Current visibility: Friends-only
This item will only be visible in searches to you, your friends, and admins.
The Seven Years War
Description Discussions1 Announcements15 Comments160 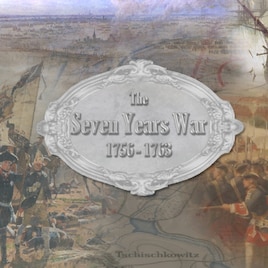 View The Seven Years War in the store

As <The Seven Years War (1756-1763)> now left beta phase and entered pre release version P1.074, I would like to thank everybody for participating in the development processes and the beta-testing phase.

There were a lot of interesting inputs from the community, most of them have been implemented. The scheduled release date will be at on 30th October 2015, please visit the steam shop site (http://store.steampowered.com/app/400470) or the game-website (www.thesevenyearswar.com) for updated information!

As development never stops, please keep up the constructive feedback and help supporting the game for further updates and add-ons!

All the best, Oliver

Beta version b1.06 should be finished at the end of August
Release date on schedule: October 2015

Game enhancements:
- Added order delay for battles (orders for redeployment now take a few minutes depending on the distance to the brigade and division flag/leader), may be disabled in options menu
- Added uncontrolled unit behaviour (depending on the experience of the commanders, the regiment is attacking or falling back under wrong conditions), may be disabled in game options menu
- Added battle tooltips at loading screen of campaign battles
- Added campaign tooltips for additional help on current topics
- Added fog of war in campaign mode, may be disabled in game options menu [screenshot added]
- Native units may now be recruited in the provinces where clans are situated (only if allied with province owner and clan is strong enough)

- play 20 realtime campaigns ranging from the road to war in 1750 to the death of Tsarina Elisabeth in 1762, each with individual goals
- coverage of the complete European and North American theatre with more than 110 cities and provinces
- take command of 6 nations (Britain, France, Prussia, Austria, Russia) out of a total of 13 nations
- build up a huge economy with complex product chains to supply your people, armies and fleets
- develop your cities and provinces to gain wealth and recruits
- establish trade on more than 20 goods with local markets, foreign nations and fight for control of narrow map resources
- use a wide range of diplomatic measures like prisoner exchanges or joint military actions
- trade with natives like Hurons or Irokese nations and take influence to gain valuable allies
- build up your armies from a single named regiment to a complex division hierarchy
- manage your officer corps with individual expertise depending on the type of arms
- research more than 90 technologies to increase your production efficiency or gain access to new buildings and units
- set 10 different politics to change the direction of your nation ranging from trade liberalisation to food rations
- take control of naval routes to gain access to luxory goods or cut supply to your enemy's colonies
- play city or fort sieges by digging trenches and artillery fortifications
- issue war loans or order coin debasements to improve your financials

- lead your armies to epic real time battles with thousands of soldiers and more than 100 individual unit types
- allocate a huge set of weapons to increase strength, movability, range or accuracy of each unit
- soldiers gain moral by advancing to the music of pipes and drums
- give orders to a single regiment, a brigade or a complete division
- use the advantages of terrains like increased fire range on hills or reduced cavalry charge in woods
- conquer strategic goals like hills, bridges, cities and buildings to gain victory points
- watch your individual regiments gaining experience and honors from battle to battle
- conquer enemy artillery and use it against your enemy
- build up trenches to increase the defensive strength of your units
- play historic battles like the battle of kolin or leuthen

Captain Müller (KGF)  [author] Oct 4, 2015 @ 9:11am
if there are any translators for french, spanish and italian i would be glad if they could support translating the game. this contains about 600 phrases and some scenario descriptions.

Thanks for your feedback! You are right, it is very hard to do that project alone. I have been working for more than 3 years now on that game. Surely you cannot expect graphical effects shown in <Empire Total War> but I am sure you will be delighted about game depth and the wide range of game options. I will post another video within the next days showing current graphics status and ui functions.

The game is currently in beta phase, which means there is still a lot of work to do, a lot of bugs to fix. But even after the scheduled release in October I am planning to implement as many user feedbacks as possible, as I already did in the alpha testing phase.

Please follow the news and updates on my homepage: www.thesevenyearswar.com

Foraning Sep 9, 2015 @ 9:47am
My god. This game is what I've been looking for since Empire Total War turned out to be such a dissapointment. However, I'm still a bit sceptical about one person pulling all this off. I mean there is so much in your game a Total War game or EU4 is put to shame. Maybe graphics , ui or ai will turn out lackluster.

The Seven Years War has been Greenlit and is now listed in the Steam store. For the latest information, purchase options, and discussions for The Seven Years War, please see it on the Steam Store or in the Steam Community.
Visit Store Page
For more details Visit Community Hub
For latest discussions
If you really, really want to, you can continue to the Greenlight page. Information on this page may be out of date, since all the action has moved to the areas noted above.