Store Page
Prison Architect>  Workshop > RGeezy911 ☕'s Workshop
This item has been removed from the community because it violates Steam Community & Content Guidelines. It is only visible to you. If you believe your item has been removed by mistake, please contact Steam Support.
This item is incompatible with Prison Architect. Please see the instructions page for reasons why this item might not work within Prison Architect.
Current visibility: Hidden
This item will only be visible to you, admins, and anyone marked as a creator.
Current visibility: Friends-only
This item will only be visible in searches to you, your friends, and admins. 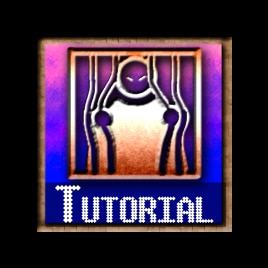 This item has been added to your Subscriptions. Some games will require you to relaunch them before the item will be downloaded.
In 1 collection by RGeezy911 ☕
RGeezy's Top Creations

Link to the forum topic on the Introversion Forums:
http://forums.introversion.co.uk/viewtopic.php?f=43&t=49860
(You need to be registered to the Prison Architect Alpha to view these forums)

This is a scenario meant to guide new players on how to play the game. It acts as an incomplete alternative to the Deathrow scenario, and it's guidance.
This is a work in progress, but parts 1 to 4 are complete.

This mod already includes the files needed to run the scenario, and the language file is additively loaded on top of your current one. However, the language of this scenario is only in English.

[WHAT THIS MOD DOES]
It adds a new scenario in your mods menu that you can launch at any time. The mod reads the language strings from within it's own folder, and loads the prison maps from it's own folder as well.

[FEEDBACK]
Please leave me some feedback on areas where I can improve, issues with the scenario itself, or any future parts to the tutorial you want me to make.

This is very outdated, please use the built in tutorial that the game offers.

I will no longer be responding to comments here!

jpinard Feb 28, 2016 @ 6:40pm
Not sure if you can do this but a tutorial on circuits, door gears etc would be amazingly wonderful.

Riff Skippelton Oct 7, 2015 @ 7:55pm
The screen stays black between sections half the time and considering this is the only tutorial mod that's actually shown up I'm starting to regret buying this game.

Bugâ バグ May 17, 2015 @ 7:10pm
You use Jail Doors alot of the time and have no gaurds so the workman get stuck. Only Complaint. OtherWise great for Noobs! Wish this was out when i started playing