Store Page
Tabletop Simulator >  Workshop > The Usurper Battle System's Workshop
This item has been removed from the community because it violates Steam Community & Content Guidelines. It is only visible to you. If you believe your item has been removed by mistake, please contact Steam Support.
This item is incompatible with Tabletop Simulator. Please see the instructions page for reasons why this item might not work within Tabletop Simulator.
Current visibility: Hidden
This item will only be visible to you, admins, and anyone marked as a creator.
Current visibility: Friends-only
This item will only be visible in searches to you, your friends, and admins. 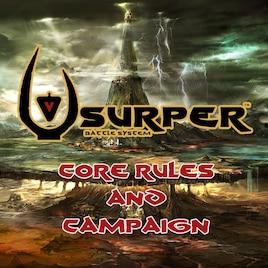 This item has been added to your Subscriptions. Some games will require you to relaunch them before the item will be downloaded.
Description
Friends of the Usurper Battle System Steam account will get access to "Friends-Only" content including upcoming campaigns, Early Access to Beta projects like our upcoming Solo version and concept campaigns that can include a ton of popular themes. Just send us a friends request, Subscribe and Favorite this item and you'll be all set to receive access to the entire Friends Collection as it's released.

About The Usurper Battle System
==========================
- Deck Building (Build a team of Class based tokens to bring into the game).
- Turn Based Strategy - Simple rules with limitless strategy options for movement, combat and tactics.
- Fast paced action with both players interacting during all turns.
- Themed game parts with utility designed to match the character or object that is being represented.
- Highly active development team.

Find us on Facebook and give us a like/follow or whatever it's called... https://www.facebook.com/PlayUsurper
Feel free to message the page during business hours for details on pre-ordering a physical version.