Store Page
Torchlight II>  Workshop > Darkthan9800's Workshop
This item has been removed from the community because it violates Steam Community & Content Guidelines. It is only visible to you. If you believe your item has been removed by mistake, please contact Steam Support.
This item is incompatible with Torchlight II. Please see the instructions page for reasons why this item might not work within Torchlight II.
Current visibility: Hidden
This item will only be visible to you, admins, and anyone marked as a creator.
Current visibility: Friends-only
This item will only be visible in searches to you, your friends, and admins. 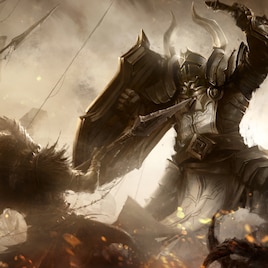 This item has been added to your Subscriptions. Some games will require you to relaunch them before the item will be downloaded.
In 1 collection by Darkthan9800
Darkthan's Mod Collection

IMPORTANT: Please check out all of the classes in this mod in-game before you decide to suggest classes for me to make, sometimes I've already added one that matches your description, or maybe a skill tree in one class matches what you want.

NEWEST UPDATE NEWS: I changed the Monk's Arc ability to do electric damage, and I fixed the Templar and Druid's chargebar.

The Witch-doctor hails from a realm where powerful voodoo magic reigns supreme, he has uncanny abilities, such as raising the dead, and making toads rain from the sky. He can also he hybridized into a melee class.
People who have played Diablo III might recognize most of his attacks are from their Witch-doctor class.

The Hunter is a warrior trained to fight evil in every way possible, he uses guns to put down his foes from a distance. Some Hunters also follow the path of the Assassin, being able to lay traps for their enemies and strike fast and hard.. Most Hunters are ranged gun-wielders, but some can be hybridized to be Rogue-like mercenaries.

The Blackguard is a terrifying foe in melee combat, his mastery in both two-handed weapons, and the sword and shield technique make him almost impossible to bring down, the Blackguard can also call upon Ancient Evils to summon extra-planar forces into our world. The Blackguard is the ultimate melee class.

The Templar is a knight on a holy mission, he replaced his fear with his faith, charging into battle while destroying evil, and saving lives. He is self-sustainable, but he can also aid his brothers in combat with buffs. The Templar has a lot of passives that can be applied to his defense as well. The Templar can be hybridized into a priest-type caster, with holy fire abilities.

The Monk trains within his monastery, preparing for the end of the world, some say they are going to be the cause of the Apocalypse, some say they are our saviors, only time will tell if either of them are right. The Monk is a DPS centered melee fighter, but he can be hybridized to be a lightning themed caster, or a party buffer with summons.

The Druids were once tribesmen of the frigid north, trying to fend for survival while keeping their gods happy, for unknown reasons a band of these tribesmen broke off to become one with nature, their magics are bizarre and somewhat unnerving. Most Druids revolve around the elements, but there are some that shape-shift into half animal hybrids that destroy their enemies, standing in the face of danger laughing.

ALSO, a BIG thank-you to modders like Gytfunke, Minesweeper, and Adamidius for letting me borrow/change their particle effects to enhance the visuals of my spells!
Popular Discussions View All (10)

Rag Jul 22 @ 3:22pm
Another thing i just found out is one of his abilities being completely broken.The one he starts with. After investing 5 points in it, the damage calculation goes completely nuts. Since level 12 I believe, I think i dealt like 1,5k damage per use without charges being used. Also the tier 1 upgrade for this ability doesn't work at all when charges are being used...

steffire3 Jul 22 @ 1:44pm
For anyone who needs to know: If Skills need more Damage then invest heavy Strength for Dps Skills and heavy Focus for non_Dps Skills. If a Skill doesn't work on the Target Dummy then try targeting an actual enemy. Darkthan Classes do run slower.

Rag Jul 22 @ 7:51am
Can anyone explain how Blackguard's ability "Avatar of Fire" works? I used it on a dummy and nothing really seems to change...

Owen The Omega Mar 25 @ 4:48pm
Whenever I try to create a Monk the game crashes. Anyone know a fix?

drysmath Aug 19, 2019 @ 12:31pm
Hi! I think there is a bug with Monk, the arc skill. It doesnt show; i cant put it in my skill bar, it doesnt show at all. Like it doesnt exist. I have try it with and without other mods and it give the same results.

Church Aug 10, 2019 @ 8:39pm
Thank you so much for your hard work what a great mod! Quick question though, is it just me or do these classes seem like they run slower? I'm also getting potentially -subjective bias- lower drops?