Store Page
Garry's Mod>  Workshop > DragonKing lDCCl's Workshop
This item has been removed from the community because it violates Steam Community & Content Guidelines. It is only visible to you. If you believe your item has been removed by mistake, please contact Steam Support.
This item is incompatible with Garry's Mod. Please see the instructions page for reasons why this item might not work within Garry's Mod.
Current visibility: Hidden
This item will only be visible to you, admins, and anyone marked as a creator.
Current visibility: Friends-only
This item will only be visible in searches to you, your friends, and admins. 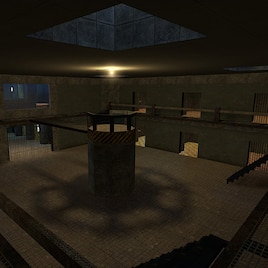 Mikec789
Offline
See all 222 collections (some may be hidden)

This item has been added to your Subscriptions. Some games will require you to relaunch them before the item will be downloaded.
Description
A Nova Prospect themed jailbreak map, meaning combine tech, sneaky getaways and overall a dark setting. Has some "fun features" spread across it.

This is an old project, so i am not sure if it works with current gamemodes at all but here goes. I was approached by the front man of M.I.A. jailbreak around the time it was created and asked to re-make this map into something bigger and fitting to their servers (it will also be here on the workshop). See this map as a pepsi light when comparing it to the re-make which is more like a coca cola.

The improved version can be found at: http://steamcommunity.com/sharedfiles/filedetails/?id=265440860
< >
15 Comments

Emperor Refrigerator Jul 22, 2016 @ 12:47pm
does this need anything to have no black and purple textures/error textures