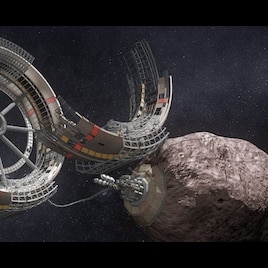 Draconas
Offline
See all 84 collections (some may be hidden)

This item has been added to your Subscriptions. Some games will require you to relaunch them before the item will be downloaded.
Description
Station Solar System Exploitation (3.4)
A small mod for enhancing starbases so they can provide a greater economic boost to your empire and have a greater impact on the planets in system, inspired by some of the features of Stellaris Immortal. Each one is unlocked by one of the standard technologies.

New Starbase Modules
New Starbase Resource Buildings
New Starbase System Enhancement Buildings
FAQ
Building Module Bonuses Don't Show Up?
The building module bonuses get folded into the base value of the module. If you check a module production before and then module production after the building you'll see that the base value has jumped appropreately. This is a limitation of the tooltip system unfortunately. Stellaris Immortal had the implementation on the deposit system itself, but that is a heavier touch and introduces a lot more compatibility issues than I want with this mod.

Building X doesn't show up in the list?
Because the building list gets cluttered and bounces around when you select anything my bonus buildings only show when it is possible for them to be built. So the Alloy foundary and exotic resource buildings will be completely hidden if there isn't a relevant deposit in the system. Similarly the ones that enhance colonised planets will only show if there is a colonised planet.

Compatibility
Changes the default solar panels, so may have minor compatibility isses with anything else that does (my change is for them not to display so all empires will use mine), everything else is new content so should play nice with all other mods.

Should play fine with mods that increase the number of buildings / modules on a starbase.
In the case of mods that also add similar modules and buildings (star base expanded/extended, NSC etc...) then they are unlikely to interact (my buildings won't recongise a starbase extended mining module) so it may get confusing.

Draconas  [author] Jun 6 @ 2:43pm
The only one that replaces is solar panels, and I do not make any changes to the number of modules available on a starbase, so you need to pick what you want starbases specialised in.

kaelis Jun 6 @ 2:22pm
Are these modules replacing vanilla modules or are you increasing the number of modules a starbases can support?

Draconas  [author] May 12 @ 10:27am
3.4 update done. Just required adding a clause to not build new modules on an orbital ring.

There are basically no changes between the 2 versions, so you are fine with the 3.2 version and it will seemlessly upgrade

Kaernunnos Feb 24 @ 2:55am
I see a comment yesterday saying 3.3 release, but steam says last update was in Dec?

Draconas  [author] Dec 3, 2021 @ 3:29am
Minor release, bumped a lot of the AI weights to try and encourage it to take things, no promises, going deeper would require prodding the AI's starbase logic which i am not prepared to do right now.