Store Page
Tabletop Simulator >  Workshop > JCorace's Workshop
This item has been removed from the community because it violates Steam Community & Content Guidelines. It is only visible to you. If you believe your item has been removed by mistake, please contact Steam Support.
This item is incompatible with Tabletop Simulator. Please see the instructions page for reasons why this item might not work within Tabletop Simulator.
Current visibility: Hidden
This item will only be visible to you, admins, and anyone marked as a creator.
Current visibility: Friends-only
This item will only be visible in searches to you, your friends, and admins. 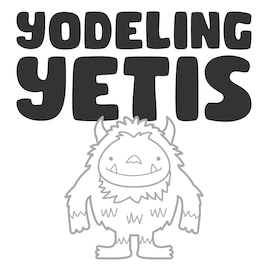 JCorace
Online
See the collection (may be hidden)

This item has been added to your Subscriptions. Some games will require you to relaunch them before the item will be downloaded.
Description
Once a year, Yeti race up Yeti mountain for Yodel Fest! -
the world’s greatest Yodeling music festival!

Yodeling Yetis is a fast paced family game for 2-4
players ages 7+ that plays in about 20 minutes.

In the game, players compete as a team of Yeti
building trails to climb a mountain and claim the
highest and most valuable yodeling locations.

A player’s turn consists of picking and playing trail
cards and then moving their Yetis up the mountain.

Players have to explore an increasingly complex
mountain and make tricky strategic decisions as
every asset has multiple uses.

The game ends after all spots on the mountain have
been filled and the player with the most points is
crowned the headline act for Yodel Fest!

Yodeling Yetis is a small game with big gameplay
that can be enjoyed by the whole family.