Store Page
Total War: WARHAMMER II>  Workshop > Biniu's Workshop
This item has been removed from the community because it violates Steam Community & Content Guidelines. It is only visible to you. If you believe your item has been removed by mistake, please contact Steam Support.
This item is incompatible with Total War: WARHAMMER II. Please see the instructions page for reasons why this item might not work within Total War: WARHAMMER II.
Current visibility: Hidden
This item will only be visible to you, admins, and anyone marked as a creator.
Current visibility: Friends-only
This item will only be visible in searches to you, your friends, and admins. 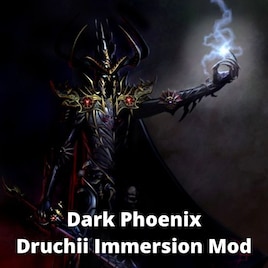 This item has been added to your Subscriptions. Some games will require you to relaunch them before the item will be downloaded.
In 1 collection by Biniu
Dark Phoenix and Glory of Phoenix recommended submods 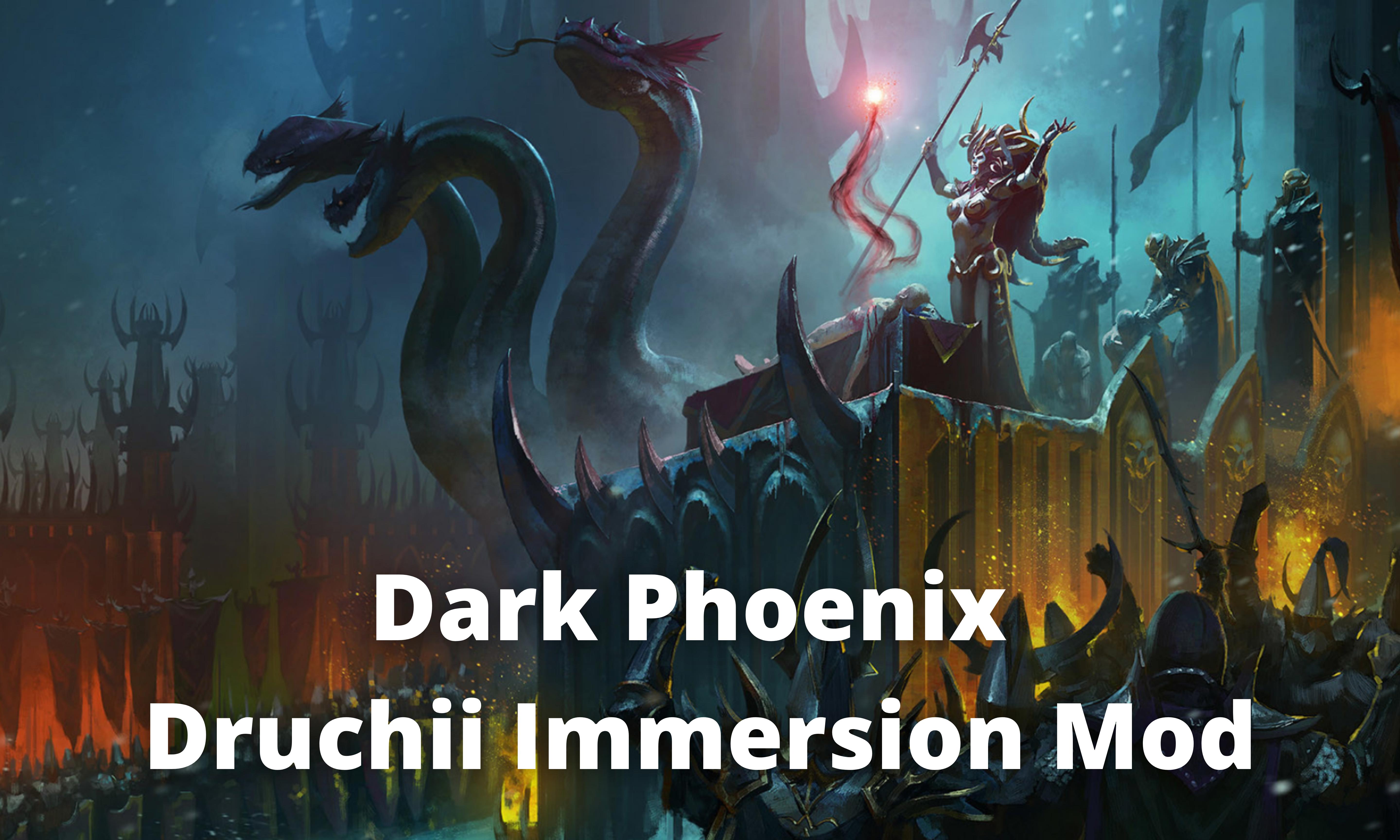 Dark Phoenix is a mod that allows you to go deeper into the amazing world of Warhammer Fantasy and experience it from the perspective of the Malekith, King of Naggaroth and all Dark Elves.


Eternal King update: From now on, Dark elves will be able to recruit some Wood elves and High elves units. To do so, you need to conquer Ulthuan (you can then recruit them from level 3 special settlements and landmarks) and Athel Loren (level 3 settlements). You can greatly increase their combat skills by building Shrine of Asuryan and getting Oak of Ages occupied

Features:
There are 40 new technologies at your disposal, each with interesting effects and a unique description rich in lore. Almost all of them require you to conquer a specific region or build a landmark in order to research them. The whole is divided into the following groups:

1. Unite Druchii - Seven big cities of Dark Elves are waiting for you to unite them under your fist and as a terrifying dark ruler, leading them to greatness

2. Claim Ulthuan - Use all the resources of Naggaroth to defeat your greatest enemy. Subjugate and assimilate their Kingdoms to gain the bonuses associated with them - but beware, the Asur will not give up without a fight

3. Road to world empire - rebuild long lost elven power and unite your fellow elves from Athel Loren with the rest of your race, conquer new human empires and aquire millions of slaves, investigate the rumors of a new Great Chaos invasion. Take revenge on dwarfs and reclaim long lost Phoenix Crown of Aenarion


4. Places of Power - Find and explore mysterious places from around the world, capturing some of their secrets

Mod is currently designed primarily for the Mortal Empires campaign, but most of it also works in Vortex

Compatibility:
Won't get along with anything that changes right side of Dark Elves technology tree. Mod will be integrated into SFO, but changed a little for better balance

Balance:
As with any mod, balance is a purely subjective matter. I have tried not to overdo the bonuses, imposed temporary penalties to assimilate Asur, and blocked most of the technology with landmarks - still, your units will be able to achieve very high stats. However, this will only happen later in the game (100-200 turns), so I think it's fair

Future plans:
I'm planning a series of this type of mods. I love Hearts of Iron IV and I took inspiration from paradox's focus tree idea. First, I have to polish my first mods(Dark Phoenix and Glory of Phoenix) and after that maybe Lizardmen or Vampire, time will tell.


I'd be extremely grateful if you could point out any bugs to me in the comments - textual errors, mechanics, or plot inaccuracies. I'm still learning to mod, and reports like this allow me to hone my skills and improve the product

Other work:
Check out my other mod - Glory of Phoenix - High Elves Immersion Mod:

It´s only overwriting one Tech, but still.^^ There is plenty of room, so I think this is quite an easy fix.

Also like I already wrote in your High Elve mod, I think the turn 1 +50 growth is way too much.

Popo Jul 14 @ 1:06pm
I really enjoyed the flavor of this mod, but I do want to note one thing that irked me a bit.

To get the techs for conquering ulthuan you need to occupy all of naggaronth and have most of the cities T5. The thing is that I have finished kicking the high elves out of ulthuan before even owning all of naggaroth. This means I've never been able to actually use these cool new techs.

I really hope you'll change the requirement someday because I can't just sit on my ass, waiting for my cities to reach T5 while Tyrion keeps sending full stacks my way and not fighting back

Guvenoren Jun 30 @ 9:04am
I've been thinking of a mod idea for Malekith. I am going to be inspired by this mod! Looks really great!

endurstonehelm Jun 23 @ 6:34am
It would be nice to permit conquering high elves without needing to conquer Nagarond first. i.e. you are playing someone other than Malekith and you go affter Uthusan without conquering DE first.

BokitoBoss Jun 13 @ 5:44pm
Just want to thank you for your hard work! Cheers have a good one mate!