Store Page
Stellaris>  Workshop > Q's Workshop
This item has been removed from the community because it violates Steam Community & Content Guidelines. It is only visible to you. If you believe your item has been removed by mistake, please contact Steam Support.
This item is incompatible with Stellaris. Please see the instructions page for reasons why this item might not work within Stellaris.
Current visibility: Hidden
This item will only be visible to you, admins, and anyone marked as a creator.
Current visibility: Friends-only
This item will only be visible in searches to you, your friends, and admins. 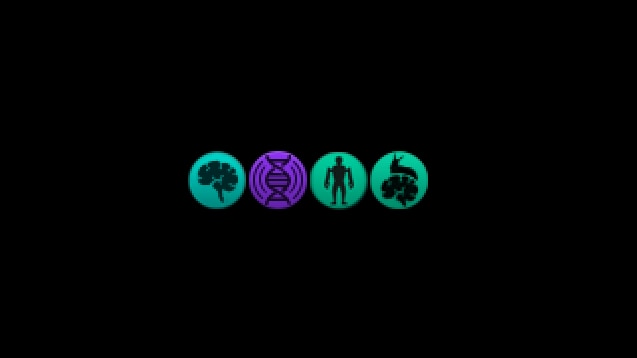 Q
Offline
See all 35 collections (some may be hidden)
You need DLC to use this item.

This item has been added to your Subscriptions. Some games will require you to relaunch them before the item will be downloaded.
Description
Erudite, Psionic and Brain Slug traits all playing nice together with Synthetic.
This doesn't allow you to go synthetic when already psionically ascended to some degree or having evolutionary mastery.
This doesn't modify ascendancies or anything. You still need a mod that lets you do all of that, this just makes the leaders work.
This doesn't let you make Erudite, Psionic, Brain Slugged Plain-Old-Robots or Machines - just organics that become Synthetic.

This also doesn't let you make Erudite, Psionic, Brain Slugged Cyborgs, but if you want those too, you want this mod. If you want cyborgs and synthetics to have these traits, you want both mods active at the same time.


Why is this necessary?
Kind of tired of seeing "mods" that "fix" the issue, but actually don't or aren't compatible with other mods or overwrite far more than necessary and cause interference issues or need their own compatibility patches or need to be updated with each version. You'll know you need this mod once you pick up your second ascendency and hire a new leader ... you'll notice the replacement in the pool is missing some traits. At that point it's already too late for that leader in the pool who didn't get the correct traits. (In the future that may be fixed.)

How is it different from other mods?
Other mods that attempt to make these traits compatible with each other either simply do not work in a literal sense or have significant incompatibilities that make them difficult to use with other mods.

How does this mod work?
A new event is registered for leader creation: cpse.1.
When a Synthetic leader is created, each of the Erudite, Psionic species traits are checked for existence on the leader's species and the Brain Slug event chain condition for the player is checked.
If the species trait is there or the Brain Slug flag is there, leader specific traits are added as necessary for the type of leader it is, without stopping once one of the traits' conditions are met - they are all evaluated per species trait.
As in vanilla Stellaris, if you have completed the Brain Slug event chain, there is a 20% chance that a leader will be a Brain Slug host per each new leader. The additional 20% Brain Slug check only applies if your race is also Synthetic, as that is the original blocking trait for the distar.173 event. This gives synthetic species the same 20% chance they were missing out on as the other species in your domain have for being a brain slug host, and does not give the non-synthetic species any extra.

This event runs right beside the vanilla events that add the same traits (utopia.2509 for Erudite, utopia.2560 for Synthetic, utopia.2651 for Psionic, distar.173 for Brain Slug) as well as any mod events that do the same, but doesn't overwrite, block or replace those events.
This mod doesn't have any files in common with any other mod or the game, nothing is overwritten or will be in the future.

Another new event is registered: cpse.2
This event flags any non-machine Robot species, that is species with Robotic origins.
These species are identified by unique flags that indicate the owning species.
When they become leaders with synthetic technology, they shouldn't also receive the organic origin Psionic, Erudite and Brain Slug traits.
The flag assigned to them prevents this from occurring.
If necessary, another mod can check for this flag and assign those traits in the same manner as this mod, without having to worry about interfering with this mod or any other.

Caveats / Known issues:
Note that for existing saved games, when you load them up with this mod for the first time or such, this doesn't retroactively affect a player's existing leader pool (yet), so you have to wait for new fresh leaders in the pool or recruit and fire to get new fresh leaders with the traits as expected.
I may add something to fix this and to retroactively apply traits to existing leaders of the same species at a later date.

This doesn't check any other conditions and accepts any other mod's interference. If compatibility with another mod needs to be created, I am open to adding it to this mod.
This doesn't care if the leader traits are removed or otherwise manipulated afterward by other means, this mod only affects the point at which leaders are generated.
Any mod that attempts to "fix" the Brain Slug trait's compatibility with Synthetics will probably double their chance to 40%. Let me know of any mods that do this.
For Erudite and Psionic; If any of the traits are already added, it still gets 'added' again, but because you can't duplicate traits there is no problem there.

Is this Ironman mode compatible?
No.

I want these traits on Robots and Machines too!
Let me know in the comments. I mean really, why should there even be a line? What even is balance? The player's weighing and decision to trade sacrifices and advantages? Pfft. Just do all the things.
< >
5 Comments

Maladictus Jun 11 @ 4:03pm
Is this compatible with the current version of the game?

Q  [author] Oct 5, 2020 @ 5:36pm
There will be an update to this mod soon to make it as aggressive at applying the correct traits as the Cyborg version.

Q  [author] Oct 3, 2020 @ 9:39am
Could someone test it with Unofficial Machine & Synthetic Empire DLC to see if as Delaries mentioned the synthetic leaders get the appropriate psionic trait?
< >