Store Page
Tabletop Simulator>  Workshop > MR_RasTafari_81's Workshop
This item has been removed from the community because it violates Steam Community & Content Guidelines. It is only visible to you. If you believe your item has been removed by mistake, please contact Steam Support.
This item is incompatible with Tabletop Simulator. Please see the instructions page for reasons why this item might not work within Tabletop Simulator.
Current visibility: Hidden
This item will only be visible to you, admins, and anyone marked as a creator.
Current visibility: Friends-only
This item will only be visible in searches to you, your friends, and admins. 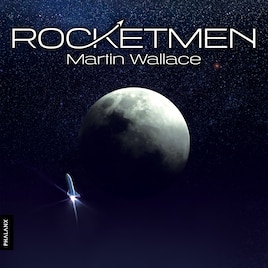 MR_RasTafari_81
Offline
See all 3 collections (some may be hidden)

This item has been added to your Subscriptions. Some games will require you to relaunch them before the item will be downloaded.
Description
They have set up their empire of trailblazing innovation and groundbreaking technologies on a somewhat unremarkable planet circling around a rather average star. Years of hard work and steadfast dedication to their clear-cut vision of looking further than the day-to-day toils and chores of humanity have cemented their reputation as the forefathers of the future humanity. Secretly, they have never stopped dreaming about the thrust of all their entrepreneurial actions and deeds – reaching the stars. Now, the time has come for them to embark on a second giant leap for humankind, to make the outer reaches of the solar system our home. Only one of them shall go down in history as the first explorer of space and a person who truly forged their will and power according to the bold words: citius, altius, fortius – faster, higher, stronger.

Immerse yourself in a fast-paced race to the final frontier: space. A deck-building confrontation of swift decision-making and tactical choices, Rocketmen gives you the feel of taking a front seat in a technologically wonderful spectacle of space exploration. It’s up to your predictive abilities and resource management skill to determine what kind of endeavor would be most suitable for paving the way to Earth’s celestial neighbors. It doesn’t matter whether it would be a low Earth orbit satellite or a manned base destined for the Red Planet; plan your mission carefully, equip your shuttles and rockets craftily, yet do not hesitate when your gut instinct tells you when it’s time to launch!

The universe might wait for you eternally, but your opponents won’t!

It seems to be missing a pink card (20 in the rulebook and only 19 in the mod), the board does not have the X in the asset market (indeed the rulebook no longer mentions it to purchase refilled cards).

is there any adjustement ?
< >