Store Page
Tabletop Simulator>  Workshop > gfo1979's Workshop
This item has been removed from the community because it violates Steam Community & Content Guidelines. It is only visible to you. If you believe your item has been removed by mistake, please contact Steam Support.
This item is incompatible with Tabletop Simulator. Please see the instructions page for reasons why this item might not work within Tabletop Simulator.
Current visibility: Hidden
This item will only be visible to you, admins, and anyone marked as a creator.
Current visibility: Friends-only
This item will only be visible in searches to you, your friends, and admins. 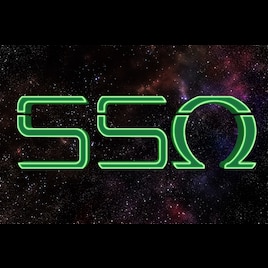 gfo1979
Offline
See all 3 collections (some may be hidden)

This item has been added to your Subscriptions. Some games will require you to relaunch them before the item will be downloaded.
Description
1-6 Player Sci-Fi Survival Horror Game.

Something terrible has happened to the Space Ship Omega, you and up to five friends are the rescue team tasked with finding out what and stopping it, or at least surviving it, long enough to guide the SSO to the completion of its mission. Work together but win alone, sacrifice your crew, your friends, or yourself for the good of the mission. Five separate narrative adventures are available.
AI - Battle the Omega's ship AI as it tries to wipe out your crew.
First Captain - Be hunted by the insane captain of the original mission.
Parasites - Suffer infection by a deadly alien parasite controlling and killing your crew.
Temporal Anomaly - Experience the time bending paradoxes of the anomaly.
Rage of Montalbano - Defend the Omega from assault by the deranged and deadly Montalbano.

Rules are included in text form in the Notebook in game, or can be downloaded in PDF format from www.manokentgames.com/howtoplaysso
< >
5 Comments

Richthofen56 Apr 24, 2020 @ 10:29am
Takes a while to get the nuances of putting them together. I'm still learning things after a few dozen posted. I recommend saving everything to the TTS cloud BTW. Dropbox and the like are really problematic I found. And just when you have a grip on everything, you can always learn about scripting the mods...lol...NOT!

Richthofen56 Apr 24, 2020 @ 8:11am
Its really easy to get hooked on creating these mods. You can tweak them forever with stuff it seems.