Store Page
Left 4 Dead 2>  Workshop > Twilight Sparkle's Workshop
This item has been removed from the community because it violates Steam Community & Content Guidelines. It is only visible to you. If you believe your item has been removed by mistake, please contact Steam Support.
This item is incompatible with Left 4 Dead 2. Please see the instructions page for reasons why this item might not work within Left 4 Dead 2.
Current visibility: Hidden
This item will only be visible to you, admins, and anyone marked as a creator.
Current visibility: Friends-only
This item will only be visible in searches to you, your friends, and admins. 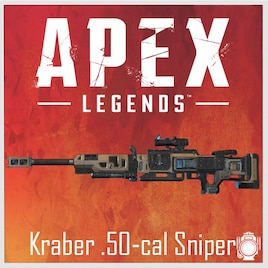 This item has been added to your Subscriptions. Some games will require you to relaunch them before the item will be downloaded.
In 1 collection by Twilight Sparkle
Titanfall And Apex Collection Pack

106 items
Description
And finishing with the "semi last" of the sniper rifles? (Because the charge rifle apparently is considered as one) i bring you the Kraber .50-cal, it will replace the AWP as it comes with its original animations and of course the usual sounds as well, anyways, now that im done with this i probably bring another Legend and then go with the pistols and for last the LMGs, so yeah i hope you guys like it or not and so i will see you on the next one.

Twilight Sparkle  [author] Sep 26, 2020 @ 4:54am
@narrundo Hi there ty for liking these and well, the mod still works fine just the script is no longer needed but yeah, I'll do an update adding some stuff to it as well as the weapon icon, cheers!

Anyway since there is new official community update, the Counterstrike Weapon Unlocker should be unnecessary anymore. Hope this mod got revisited and get an update about it.

TheBeefyBoi Feb 6, 2020 @ 7:54pm
When I picked this weapon up, it was shouldered on the left, not the default right