Store Page
Garry's Mod >  Workshop > Mechanical Mind's Workshop
This item has been removed from the community because it violates Steam Community & Content Guidelines. It is only visible to you. If you believe your item has been removed by mistake, please contact Steam Support.
This item is incompatible with Garry's Mod. Please see the instructions page for reasons why this item might not work within Garry's Mod.
Current visibility: Hidden
This item will only be visible to you, admins, and anyone marked as a creator.
Current visibility: Friends-only
This item will only be visible in searches to you, your friends, and admins. 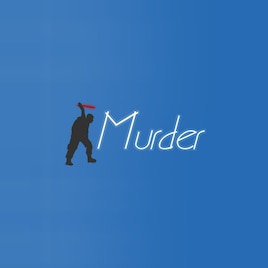 Mechanical Mind
Offline
See all 221567 collections (some may be hidden)

This item has been added to your Subscriptions. Some games will require you to relaunch them before the item will be downloaded.
Description
A gamemode of deception and murder, based off of Murder in the Dark.
One person is a murderer with a knife, who is trying to secretly kill off the other players.
The other players must use their wits to find out who it is and kill them first. Unfortunately they only have the one gun between them.

Requires Counter Strike: Source, you must own it and have it installed. If you don't have the maps, textures or some models you most likely are missing CSS.

Lagging?
If you are lagging as murderer you can try turning off halos with mu_halo_knife 0 or mu_halo_render 0.
If footsteps are lagging you, you can change how long they will last with mu_footstep_maxlifetime, the maximum is 30 seconds.
Popular Discussions View All (200)