Store Page
Total War: THREE KINGDOMS>  Workshop > Drunk Flamingo's Workshop
This item has been removed from the community because it violates Steam Community & Content Guidelines. It is only visible to you. If you believe your item has been removed by mistake, please contact Steam Support.
This item is incompatible with Total War: THREE KINGDOMS. Please see the instructions page for reasons why this item might not work within Total War: THREE KINGDOMS.
Current visibility: Hidden
This item will only be visible to you, admins, and anyone marked as a creator.
Current visibility: Friends-only
This item will only be visible in searches to you, your friends, and admins. 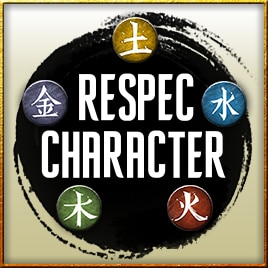 Drunk Flamingo
Offline
See all 1310 collections (some may be hidden)

This item has been added to your Subscriptions. Some games will require you to relaunch them before the item will be downloaded.
Description
This is a simple mod.

I got annoyed by recruiting characters and seeing that the AI spent all their skill points on weird skills.

When you recruit a hero to your faction, their skill points will be reset so you can pick what you want to use them for. That's it.

If you installed mods via user script, other mods won't work. Go to C:\Users(your username) \AppData\Roaming\The Creative Assembly\ThreeKingdoms\scripts and delete your user script! It isn't necessary and just prevents the launcher from properly working.

Oh and thanks [HN] for the mod image

Some characters, more in mandate than in Vanilla, spawn already at level 3-5 with certain skills preselected. These preselected skills are innate, and cannot be respec'd by the game.

If anyone encounters other scenario where you think stuff should respec let me know. I don't know if this covers unification or confederation, but may expand mod to do those later.

Lambs2Lions Aug 3 @ 11:08am
This mod does not work for existing campaigns. It does work for new campaigns.

1. First mod i ever installed, didn't have any other mods before it.
2. It's the only mod running.
3. Reinstalled game and cleared all of AppData to be sure.
4. No DLC, only Vanilla version with most recent patch.

Drunk Flamingo  [author] Apr 14 @ 5:00pm
The mod literally never changes and just needs to be marked updated on steam again, so just save this mod's file from your content folder and into your \steamapps\common\Total War THREE KINGDOMS\data folder and rename the file slightly. Then it should run on any version.

YAHUU Apr 14 @ 5:11am
Hello, thank you for you great work which help our players so much!

May I ask that are you still keeping all the previous versions and if so, is it ok for providing downloads of them? I am now playing the old 1.6.1 version but my mod manager have updated it.

Thank you very much after all!

Count Philip von Kruse Mar 27 @ 4:44pm
I realize this may not be quite as relevant to this mod's page, but I wanted to ask something if possible:
Is there a mod with which one can change character's personality traits with some increased level of frequency? Relying on your council to randomly get the chance to change a character's personality without even knowing which trait or what the outcome will be is somewhat annoying to me, not unlike the AI's use of skill points. If there is no such mod, is there another way in which this can be achieved?

@Thanor only things which can cause mods not to work with this mod are broken (badly written) scripts, so unless his mod has a script causing exceptions it would not be a problem.

The path above is to the User Script, which was mostly used by Radious to distribute his mod before the workshop was implemented, but which causes the mod launcher not to work properly since it will just follow what the user script says. If you've installed any mods this way, you would probably remember, but maybe its worth checking.

Thanor Mar 14 @ 5:40pm
Does this work with Havie Improved skills? It doesn't seem to be whenever I recruit a new character that is higher than lvl 1 where it should give me back skills to respec. I am wondering if I need to delete that folder path that is mentioned above or if these two mods are incompatible