Greenlight > Games > Deltars's Workshop
Greenlight is being retired. For more information on how to submit games to steam, refer to this blog post.
This item has been removed from the community because it violates Steam Community & Content Guidelines. It is only visible to you. If you believe your item has been removed by mistake, please contact Steam Support.
This item is incompatible with Greenlight. Please see the instructions page for reasons why this item might not work within Greenlight.
Current visibility: Hidden
This item will only be visible to you, admins, and anyone marked as a creator.
Current visibility: Friends-only
This item will only be visible in searches to you, your friends, and admins.
Morphopolis
Description Discussions0 Announcements4 Comments184 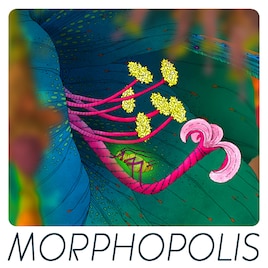 Ceri MCRO
Offline
See all 28 collections (some may be hidden)

View Morphopolis in the store

Store page
Recent Announcements View All (4)
MORPHOPOLIS HAS LAUNCHED!
November 17, 2013 - Ceri MCRO
We are really pleased to announce that Morphopolis has now been released and is available on a number of pc, mobile and tablet platforms.
"If you're looking for an elegant, challenging, gorgeous-looking mixture of hidden object and puzzle game, then you could do worse than look in the direction of Micro Macro's Morphopolis."
- Pocket Gamer [www.pocketgamer.co.uk]

We had few months of hard work to get the game completed but are very happy with the result. Working through loads of great feedback and suggestions following the Alpha release we have updated the gameplay, puzzles and UI. Extra scenes, mini-puzzles and hidden objects have been added to finish off the game and importantly there is now a bespoke soundtrack to accompany the game. Compositions have been specially made for each chapter help to create the immersive experience we have tried to create.

Thanks to everyone who has supported Morphopolis so far and we still hope that Morphopolis will get through Grenlight and be available with on Steam soon.

Game artist Ceri Williams will be giving a short talk about the making of Morphopolis. The talk is part of the Association of Illustrators Awats exhibition at Somerset House in London and takes place at 2pm on Saturday 26th October and is free to attend.

Morphopolis is a visually stunning point and click adventure inspired by Machinarium and The Tiny Bang Story.

Morphopolis takes the player on a lucid and fantastical journey of transformation and discovery through a beautiful and unique natural environment.

Undergoing metamorphosis and parasitically inhabiting ever larger insects your interaction with the scenery develops as each chapter progresses and the scale of the world increases.

The public Alpha is now available and purchasers can have the chance to give feedback to influence the development of the game. All alpha members will receive Steam keys if accepted onto Steam.

Set for simultaneous release on 8 platforms including: Windows, Mac OSX, Linux, Android, iOS, Windows Phone 8, Blackberry and Kindle Fire. Morphopolis has been created over the past 10 months, by just two developers. Together they have had crafted more than 30 hidden object sets, 15 scenes, and many more mini puzzles for players to solve.

Deltars  [author] Jun 9, 2014 @ 9:20am
working on the steam integration at the moment. Achievements are something we want to do, but we need to get to grips with the API. Looking to make a Steam release soon but too early to commit to a date.

Thank you so much to everyone who voted, we really apprecaite your support and are super thrilled that Morphopolis is coming to Steam :-) We want Morphopolis to be a high quality Steam release, and want to take a little time to make sure it feels right and makes the most of Steam. Getting it ready as quickly as we can! Thank you

Bandit_Joseph May 25, 2014 @ 4:48am
Had a go at this game at MCM comic con. Beautiful design and calming puzzles. Going to get it as soon as it comes out on steam!

Morphopolis has been Greenlit and is now listed in the Steam store. For the latest information, purchase options, and discussions for Morphopolis, please see it on the Steam Store or in the Steam Community.
Visit Store Page
For more details Visit Community Hub
For latest discussions
If you really, really want to, you can continue to the Greenlight page. Information on this page may be out of date, since all the action has moved to the areas noted above.