Store Page
Day of Infamy >  Workshop > ashton's Workshop
This item has been removed from the community because it violates Steam Community & Content Guidelines. It is only visible to you. If you believe your item has been removed by mistake, please contact Steam Support.
This item is incompatible with Day of Infamy. Please see the instructions page for reasons why this item might not work within Day of Infamy.
Current visibility: Hidden
This item will only be visible to you, admins, and anyone marked as a creator.
Current visibility: Friends-only
This item will only be visible in searches to you, your friends, and admins. 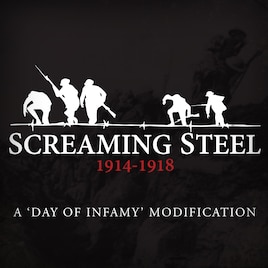 This item has been added to your Subscriptions. Some games will require you to relaunch them before the item will be downloaded.
In 1 collection by ashton
Screaming Steel: 1914-1918 Workshop Collection 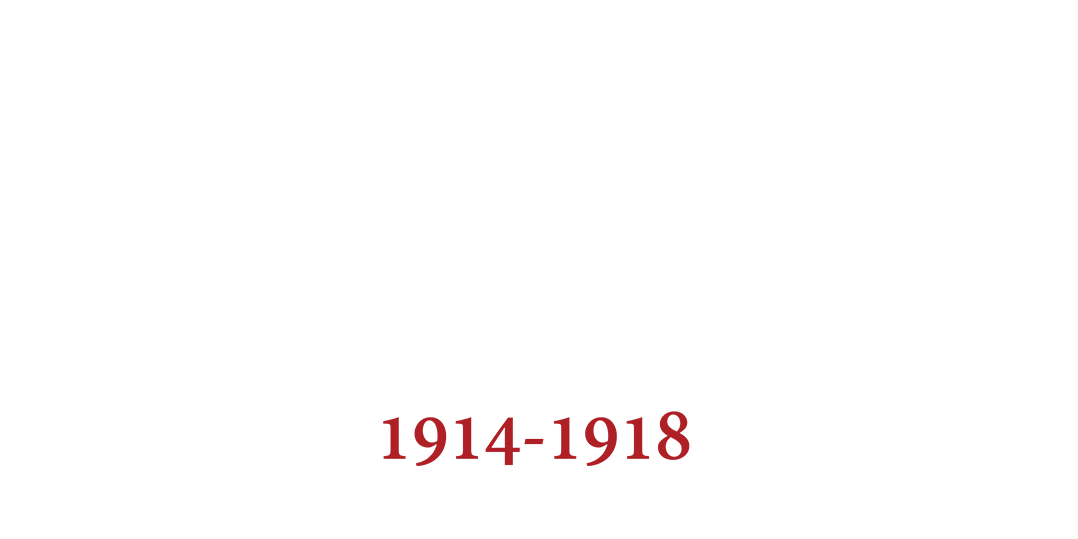 Fight in rain soaked trenches or charge over No Man’s Land to battle in the War to End All Wars. Use authentic weaponry in your fight with the enemy, call in artillery strikes to take out foes en masse, and coordinate with your team to gain the final victory on some of the most infamous battlefields of The Great War.

Screaming Steel: 1914-1918, previously known as WWI: Source is a total-conversion project being developed by devoted modders for Day of Infamy, utilizing a recent build of the Source engine to give you a convincing historical shooter experience. The mod uses the gameplay core from vanilla Day of Infamy, but has its own unique twist due to the nature of the equipment used during World War I.

The project focuses on the Western Front of World War I, pitting the British Commonwealth against the Imperial German Army in several scenarios based on real battles fought during the war. From the first engagements between British and German troops in August 1914, to trench warfare in northern France, right down to bitter urban fighting in the closing days of the war. The classes, weapons, equipment and fire support abilities are based on real life counterparts from the war, providing a historically authentic gameplay experience. 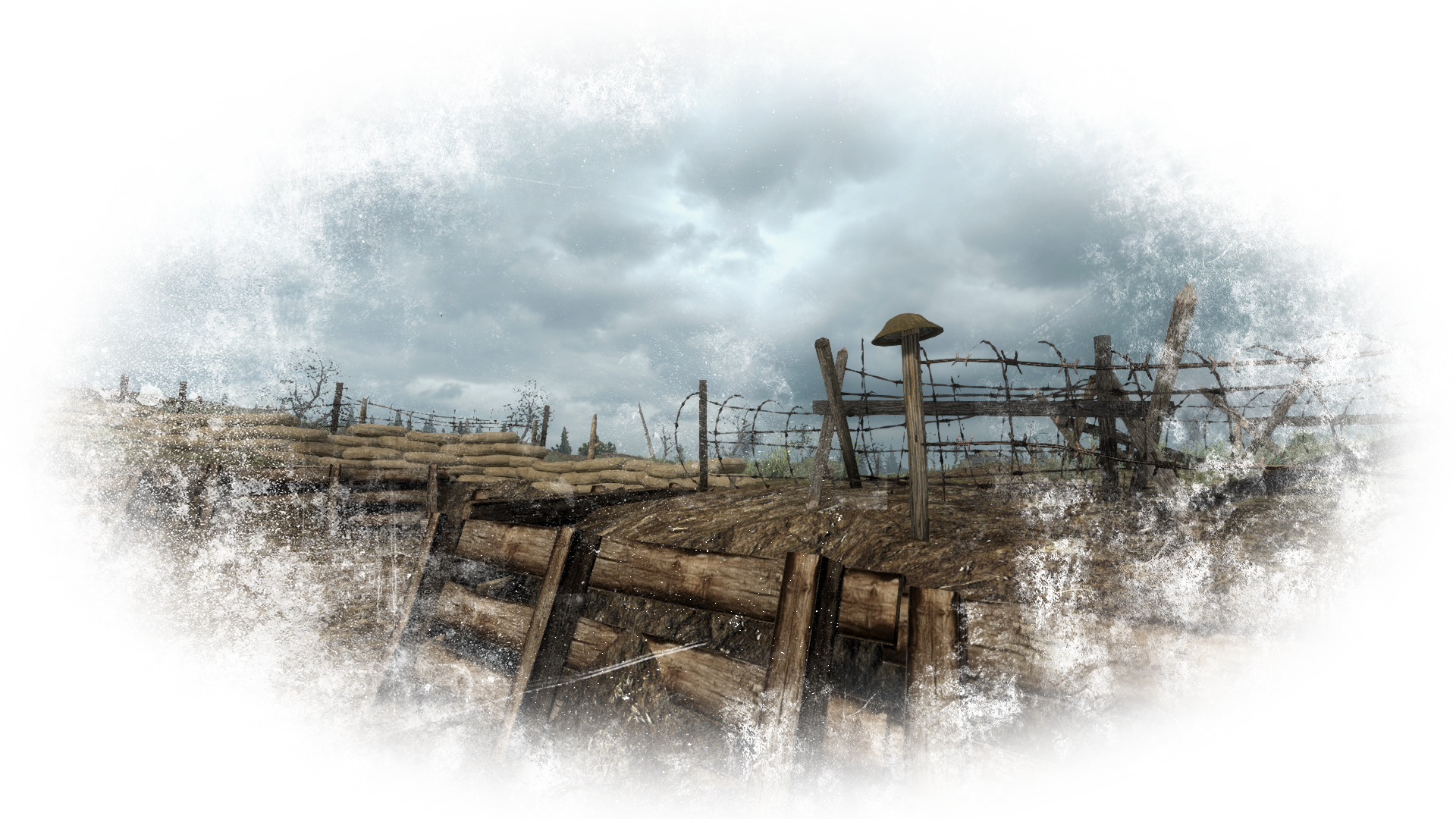 INSTALLATION & HOW TO PLAY

To play the mod simply subscribe to this workshop upload and the other required workshop files, these being our custom made maps and a highly recommended custom voice-over pack.

To find servers ingame, you have to use the server browser feature in Day of Infamy. Click the button labeled "Multiplayer" on the main menu, then "Server Browser" in the top right corner. Lastly you need to decide on your preferred playlist on the left hand side menu. Servers running the mod will then show up in the browser. Both PvP and Co-Op game modes are supported. You can also use the legacy server browser and its 'playlist' filter to easily find servers.

The mod can also be played offline by using "Practice Mode" found on the Day of Infamy main menu. Bots are supported on all maps and game modes.

Check out the pinned discussion topic in the discussion section for this workshop upload to read through a list of frequently asked questions: DIRECT LINK FAQ

Do you have a question that isnt answered in the FAQ topic? Create a topic in the same discussion section and we'll do our best to answer.

If you have discovered a bug that isnt already included in the "Known issues/bugs" topic in the discussion section, please create a new topic with an explanatory title so that we'll be able to see it easily.

WANT TO HOST A SERVER?

The necessary information for getting a server running can be found in this discussion topic:
https://steamcommunity.com/workshop/filedetails/discussion/1454108722/1759104257595387218/

MoDDb - Our MoDDb page with lots of media and articles going back several years. You can also find downloads for the legacy version of this project; WWI: Source, an older WWI mod for Half-Life 2.

Steam Group - Our Steam group where we post small articles and pieces of media showcasing what we're working on. It's also the site where you should post feedback and bug reports, so make use of the discussion section if you've got anything to say!

Credits List[docs.google.com] - The credits list, containing every person who's helped and contributed in both big and small ways over years.

This project is being developed and released in accord with the “Modding End User License Agreement” made by New World Interactive. You can read the full EULA by clicking the link below.

All of the “Screaming Steel: 1914-1918” custom content (including other Workshop Items related to the project) is protected by the “NWI Public License” third-party license of the EULA (See Your Content Part 2 of the EULA). It reads as follows:

This means sharing or uploading modified/unmodified content for games like Garry's Mod is forbidden. With permission from the creators, content is allowed to be used in modding projects for NWI titles. Breaking the EULA and ignoring the wishes of the creators will result in a DMCA takedown and further consequences if necessary.

Copyright 2022 Screaming Steel Development Team. This item and/or the content within is not authorized to be uploaded on the Steam Workshop or other filesharing sites by anyone except developers of the project.
Popular Discussions View All (67)

SHOUBI Sep 11 @ 9:58am
Will the mod have an effect on my experience in vanilla Day of Infamy?
No, the mod does not override any vanilla assets or files. The only thing you need to be wary of is our Custom Voice-over pack, which does override some of the vanilla voice sets. We still highly recommend you to use this pack when playing Screaming Steel for the added authenticity and immersion, but you can simply unsubscribe from it if you feel it ruins your vanilla experience.
(copy/paste from FAQ) & https://ins2u.online/server-info-1

dongyen Sep 11 @ 9:56am
While this mod is subscribed, can you still just play regular DOI? or do you need to unsubscribe from this mod first.

ashton  [author] Jul 6 @ 3:36pm
@Detective
The killfeed only shows up when using playlists including bots, not pure PvP playlists.

As for your last two requests, I'm honestly not sure what you're talking about. It sounds like you're playing on a custom server, as none of those things are included with the mod.