Store Page
The Vagrant > Guides > Pyonta's Guides
This item has been removed from the community because it violates Steam Community & Content Guidelines. It is only visible to you. If you believe your item has been removed by mistake, please contact Steam Support.
This item is incompatible with The Vagrant. Please see the instructions page for reasons why this item might not work within The Vagrant.
Current visibility: Hidden
This item will only be visible to you, admins, and anyone marked as a creator.
Current visibility: Friends-only
This item will only be visible in searches to you, your friends, and admins.

100% Achievement Guide
By Pyonta
A guide for obtaining all of The Vagrant's achievements.

Comments
Introduction
A few videos will be linked to supplement the advice on easing the grind for specific achievements. Credits go to the original uploaders.
This guide will also cross-reference a few other guides as needed, including Kracienator's excellent map guide:
https://steamcommunity.com/sharedfiles/filedetails/?id=1369898689
After browsing through the game's discussion threads, the conditions for a few achievements were changed/reworded over the game's lifetime from Early Access to its "formal" release on Jul. 13, 2018. These will be noted as outdated information with the current conditions as appropriate.
It goes without saying, but there will be major spoilers throughout the guide.
Changelog
Jul. 18, 2018: Guide published.
Jul. 19, 2018: Some editing fixes.
Jul. 23, 2018: Someone got confused over Kumasith's bad ending. Oops. Also, turns out Very hard mode also unlocks on Lunatic. Thanks Astral!
Jul. 24, 2018: Fixed 'Flawless' being written as 'Mastery'. Thanks Pootis McPootBird.
Aug. 05, 2018: Added another method for the combo achievements. Kudos to EnDDarK!
Story Related
Main Bosses
These achievements cannot be missed, as they are required to progress the game.

Soulreaper
Fight Soulreaper
The very first boss "fight" in the game, and the only one you're expected to lose.

HMWV
Defeat HMWV
The "mid-boss" of Mid Mythrilia. Not recognized as a boss on map.

Santiago
Defeat Santiago
The second boss of the Wesandyth Kingdom.

Duel
Stop Soulreaper
The second boss of the Northern Border, and the second fight with the Soulreaper.

Valerie
Defeat Valerie
AKA Dragon Bones. The second of The Void's three final bosses, after the Soulreaper's third fight.
Endings
In addition to the game's proper normal and true endings, there are also five bad endings corresponding to specific bosses listed above.
If you already defeated any of the bosses without reaching their respective bad ending (assuming you saved past their fight), you won't be given another chance to get their bad ending until New Game+.

Soulreaper reborn
Defeat Soulreaper
You will get this bad ending if you manage to defeat the Soulreaper on the very first fight against her. It's possible, albeit potentially time-consuming to get this achievement without New Game+ due to her bulk and high damage this early in the game.
As for what happens next?
https://www.youtube.com/watch?v=Mau-qx3yEpU

Kumasith rampage
Failed to defeat Kumasith
This achievement corresponds to the Kumasith fight in Mid Mythrilia, not the Wraith fight in The Void.
The bear doesn't have an attack that hits nearly as hard as Maximillian II's bone wave, so this bad ending is easy to miss.

The count of piety
Failed to defeat Santiago
Dying to either form of Santiago will give this bad ending. Although Santiago's attacks are generally easy to read and dodge, the Count of Piety's homing lightning pillars, giant electric spheres, and The Devourer's electricity beam can easily kill you and net this achievement. 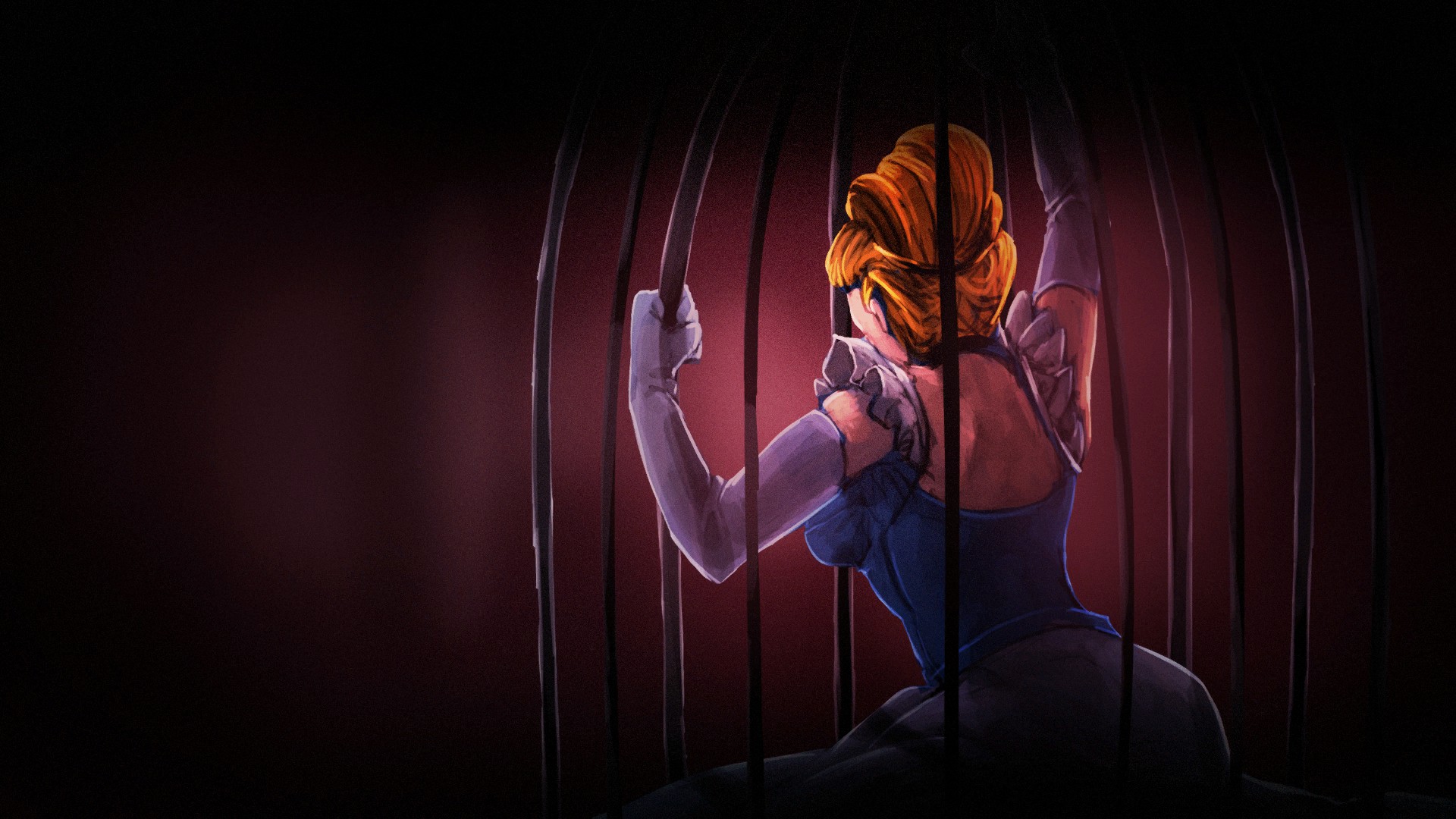 Dominator Holborn
Failed to stop Soulreaper
This bad ending is obtained by dying in the second fight against the Soulreaper. It's very easy to achieve as the Soulreaper can potentially one-shot you with many of her attacks in her second phase, or even in the shockwave transitioning to it! 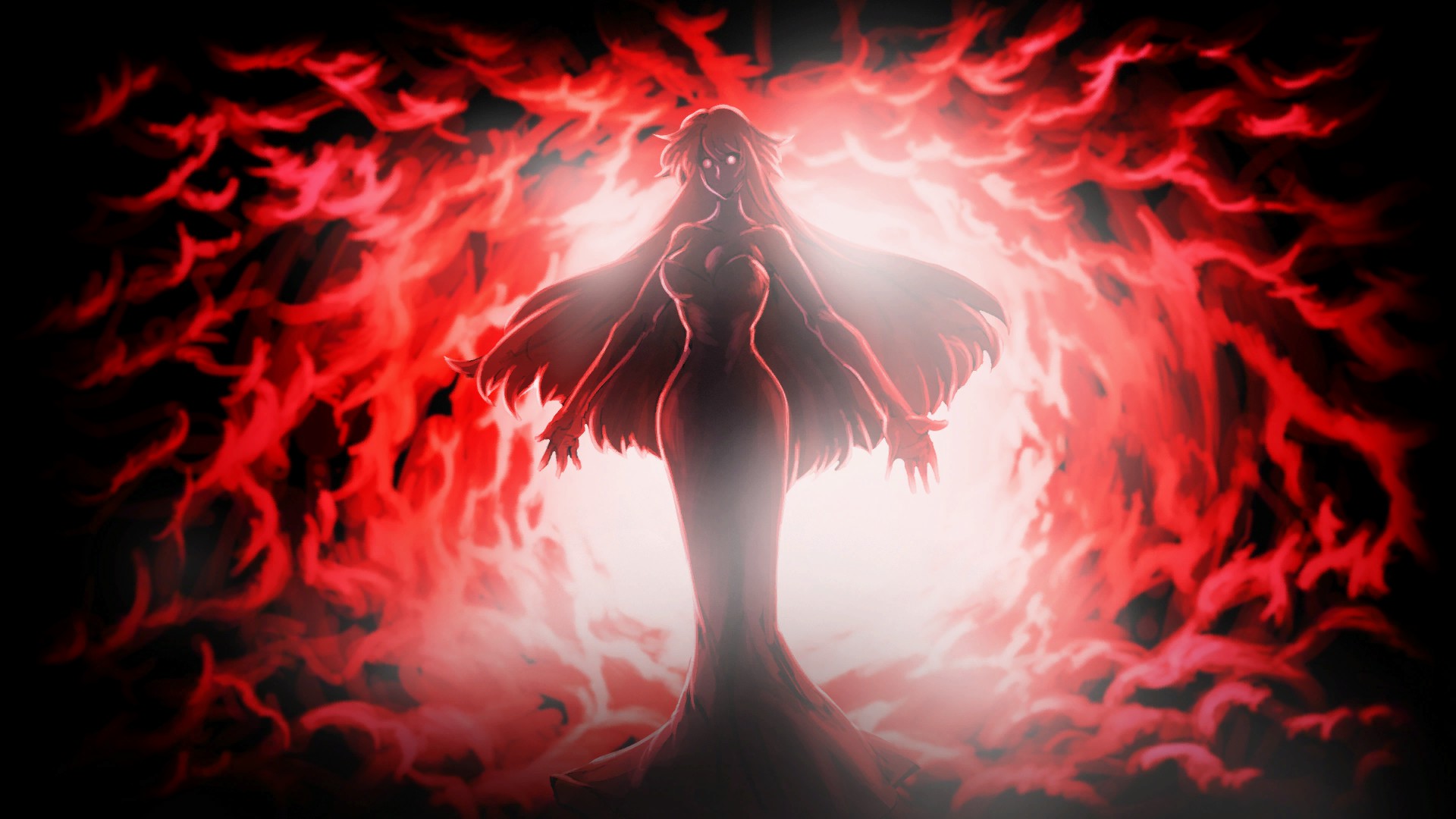 Evolving fungus
Failed to defeat Shroom prime
Shroom Prime is a relatively passive boss, and doesn't hit particularly hard at this point of the game. Unless you stay inside the left mushroom's poison clouds long enough, this bad ending is the easiest to miss.
Note that you must die in the plot-mandated fight versus Shroom Prime; you cannot use its Rift fight, as that will just give the normal game over. 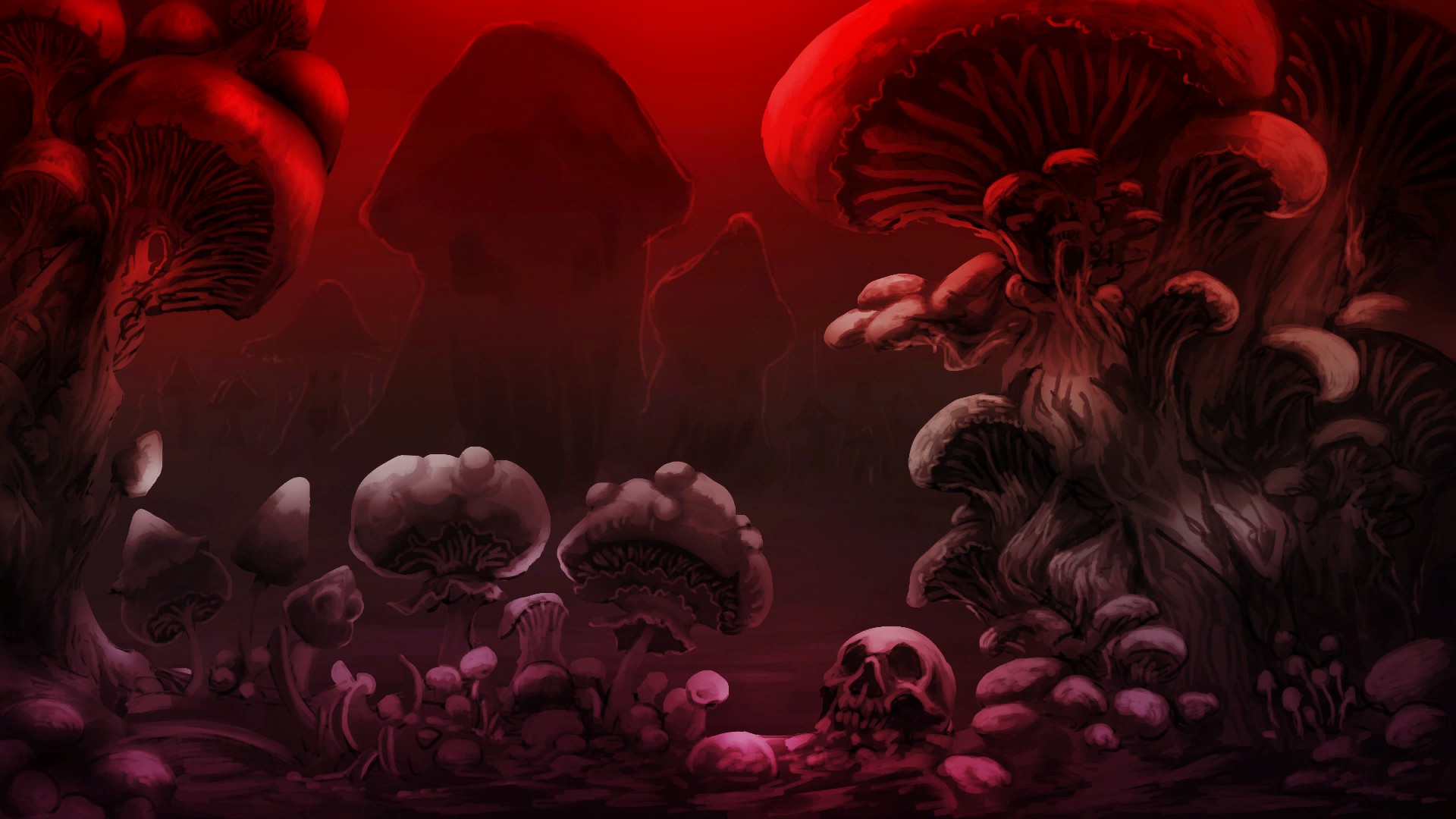 Family reunion
Achieve normal ending
Defeat the final bosses without going through the required steps for the true ending. The normal ending is distinguished by the post credit scene where Vivian's parents, Valerie, and Vivian disappear from the family dinner memory.

Seed of life
Achieve true ending
To summarize the process of obtaining the true ending:
The true ending is distinguished by the post credit scene where Vivian is brought back to life from The Void because of the Mother Bear-blessed seed's sacrifice, which is then planted and grows into a sapling.

Very hard mode
Clear the game in Very Hard difficulty
The game has four difficulties as of this writing: Normal, Hard, Very Hard, and Lunatic. These difficulties change how much damage enemies inflict, but otherwise don't appear to do anything else.
With some patience, it's possible to finish a fresh game on Very Hard; another option is to change difficulties to Very Hard on New Game+, as the damage difference won't be game-changing until The Void. Despite the wording of the achievement's description, you can also unlock it by clearing the game on Lunatic.
Outdated information: Prior to June 1, 2018 update, the game's difficulties were Easy, Normal, and Hard, and you had to finish 'Hard' mode to get this achievement.
Collection (Lists)
Achievements related to filling out parts of the in-game Note section, or completing a collection.

Explorer
Activate all Stelas
The 'Stelas' are one type of the save points scattered through out the game. Once you interact with a Stela (exploring a room with a Stela is enough to count towards the achievement), you can warp back to that room from another Stela. The majority of the game's Stelas can't be missed as they're positioned along the main story path, except for the Joker Key-locked Dungeon of The Decayed and Shadow Path. There are 18 Stelas found across the game's 6 regions:
Outdated information: Prior to June 9, 2018 update, this achievement required discovering all of the rooms in the game's six regional maps.

True runeswarden
Acquire all skills
With the exception of Impulse Blade and Dimensional Swords, all skills are learned by acquiring their corresponding Stone Plate. There are 10 skills in total (citing Kracienator's maps for each):

Gourmet
Acquire all recipes
To unlock a recipe, you must purchase the food from a chef. There are 12 recipes distributed among the 6 regions' chefs:

Slayer
Unlock all entries in Monsterpedia
There are 80 different monsters to kill in the game, including the 19 bosses, a few monsters that spawn exclusively from bosses, and the Hen. You can always go back to fight some of the bosses again through their Rift; this is particularly helpful with filling in the Groundshaker Grub's entry, as it can glitch out and spawn in an 'unkillable' state in the normal Groundshaker fight, which never happens in Groundshaker's Rift (mind the Rift grubs' bulk).

Runecraft master
Unlock all abilities
This includes all of Runeswarden's levels; without extensive mana farming (see Mana collector), you'll likely have some locked Abilities when you reach the final bosses.

Noted
Unlock all entries in Note
Specifically, the Journal part of Note. You can't miss this achievement as you finish the game with either ending.
Collection (Misc.)
Other collection-based achievements focused on obtaining specific items, gold, or mana.

Enhanced
Acquire a max ranked weapon or armour
To clarify, this means any weapon or armor drop that's already at the max 5 star rank, regardless of whether each slot is empty or has a rune. You'll inevitably get this achievement as you play, whether from monster drops or opening chests.

The truth
Acquire Sword of verum
The Sword of Verum is the final reward of the Dungeon of the Decayed, after defeating Vivian's Shadow. At max rank, it has 400 attack and the fastest attack speed of all weapons in the game.

Enhanced
Acquire a weapon or armour with 4 runestones
The older 'brother' of Enhanced. As with Enhanced, you must find a weapon or armor drop that is already at max rank, but the equipment's slots also have to contain 4 runes. If this sounds like an obnoxious RNG achievement, that's because it is. Nightly9's guide has some pointers on reliably getting this achievement. Get to save scumming!
https://steamcommunity.com/sharedfiles/filedetails/?id=1408678374
Miscellaneous
The rest of the achievements that don't fit anywhere else.

Gone waste
Keep drinking potions
You know how there's a potion 'cooldown' that severely reduces the effect of potions consumed in that time frame? If you keep drinking potions in spite of the cooldown, you'll unlock this achievement.

Demon hunter
Slay 666 monsters
Also self-explanatory. You could speed up this achievement's progress early on with enough farming.


These three combo achievements can be slowly, but safely obtained by wailing on the infinite health training dummy in Bluereel Village. (Advanced) Mirage Storm helps a lot as it does a sizable number of multi-hits overtime, and has a lower rage cost than Tornado Slash.
Another method suggested by EnDDarK is to use (Advanced) Tornado Slash in the Dungeon of the Decayed's slime room to gather and multi-hit the dense mob of slimes. You should minimize your sword's attack (preferably with the Bloody Moon) to avoid killing any of the slimes until you get the achievements.

I killed the chicken
Slay the chicken
Just kill one of the (abnormally bulky) Hens wandering Brocley village. They only run off after being attacked and any attack will juggle them. If you're trying to unlock Slayer, you can't miss this achievement. No, nothing else happens after killing a Hen.

Onion!
Acquire an onion from the chef in Brocley village
At the very beginning of the game, keep talking to the man outside the door to Brocley village's cafe, and he'll give you a free onion and this achievement. You can only do this before the first Soulreaper fight!

The Vagrant
Unlock all achievements
Unlock every other achievement in the game. Good luck!
< >
15 Comments

ianschaab Jun 1 @ 12:11pm
@Krow Enchance is potentially missable, but the chances for getting max ranked equipment are quite high so its almost impossible missing it

ianschaab Jun 1 @ 12:09pm
Fallen Kumasith can be defeated before getting the acorn and show you a different dialogue. But after that you cant get the true ending and the girl with the bear will not appear anymore.

JerichoDeath Jul 27, 2020 @ 1:48pm
Chain burst
Achieve 999 combos
- The easiest method in the game to attaining this is to use bloody moon, and tornado slash against the group of zombies during the first Soulreaper boss fight on New Game Plus.

They seem to have incredibly high defense, and it takes forever to kill them, even with a good sword equipped.

Gyger Jul 14, 2020 @ 9:36am
Dodge rolling seems to help trigger the respawn when farming as opposed to just walking.

Grafenberg (HNYB) Dec 27, 2019 @ 2:08pm
Fun fact i didn't know till today when i got the Gold one, the Collections are *totals*.. not current. So you can spend your money (and i assume mana) and still get the collection achievement eventually.

lduol Feb 5, 2019 @ 1:48pm
There is a better place to farm mana and gold. If you go to the shadow path and keep going left you will find a spot with a gold skeleton. You can keep making it respawn and with the accessory that gives you 20% more mana I was achieving 12k mana and a decent amount of gold.

Haohmaru Sep 27, 2018 @ 3:02am
great guide thanks ! sadly the recommended farming method seems fixed, monsters doesn't pop more than once for me
< >