Store Page
Team Fortress 2 > Guides > fingers's Guides
This item has been removed from the community because it violates Steam Community & Content Guidelines. It is only visible to you. If you believe your item has been removed by mistake, please contact Steam Support.
This item is incompatible with Team Fortress 2. Please see the instructions page for reasons why this item might not work within Team Fortress 2.
Current visibility: Hidden
This item will only be visible to you, admins, and anyone marked as a creator.
Current visibility: Friends-only
This item will only be visible in searches to you, your friends, and admins.

Heavy: A Brief MvM Guide for Beginners
By fingers
This is a brief guide on how to play Heavy in Mann vs Machine. It is very generalized and doesn't go into very much depth on different strategies you can use (although there aren't many when it comes to Heavy). Basing a lot off of the Two Cities tour since that's where most of my experience comes from.

Why Knockback Rage is Bad 99% of the Time

Other Heavy weapons have damage penalties. Since Heavy's role is mainly huge DPS on single targets, they usually aren't the best option. The Stock Minigun is just the most reliable damage-speed combination in most scenarios. 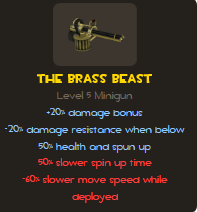 While you'll be very slow and a bit of sitting duck because of this, the damage buff can sometimes be worth. Movement speed upgrades in late waves can negate this problem and it can be a very powerful tool on giants and bosses especially. The occasional resist can also add onto Heavy's tanking prowess. 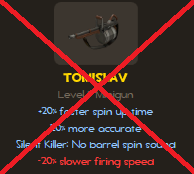 Heavy's role is for DPS. A worse firing speed is not a good thing to start off. You'll usually be point blanking the bots anyways so there's no need for greater accuracy. 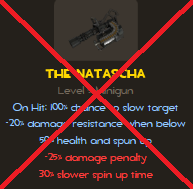 Also poor DPS from its direct damage penalty. Although the stun and occasional resists can be nice, being able to deal damage is much better for everyone. However, it's worth considering on waves with lots of Super Scouts if you're team is ill-equipped to deal with them. I'm not sure how you would be ill-equipped though. There's body blocking, which any class can do, the Mad Milk's slowdown upgrade, Shortstop shove, FaN knockback, Rocket Specialist, Airblast Force, sentry blocking, and the Jarate's slowdown upgrade. Of course there's always pure damage to kill it before it becomes a problem. 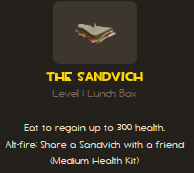 Just something to heal your teammates (specifically Medic) if they happen to take damage. Won't use much but may come in handy every once in a while. (Medium Health Kit) 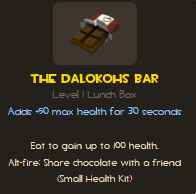 Same as Sandvich, except I prefer this over it since if you don't have a Medic it might make a decent buff sometimes. Also I have a strange one. (Small Health Kit) 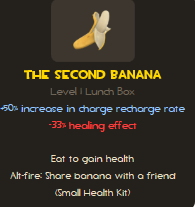 Same as Sandvich. Although since it's only a small health kit (which exchanges for a quick recharge time), I find the Sandvich more useable. The secondary is only there to use every once in a while anyways so a quick recharge isn't particularly useful.

You don't use melee much anyways so Stock works fine if you don't like the next few weapons, which are largely dependent on personal preference. 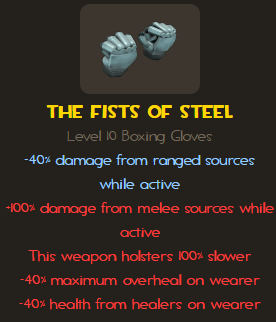 An excellent retreat weapon without a Medic. Can be an annoyance for Medics to deal with healing/overhealing up, but it also helps them build Uber. Personal preference really. I don't like it ever since the nerf but it does have some nice aspects. 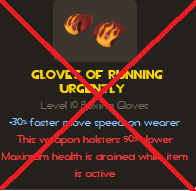 Once a great way to run to the front line, now a nuisance with a maximum health drain that'll get ♥♥♥♥ on without a Medic. Used to be good, now nerfed to ♥♥♥♥.

Upgrade Path
This is the general order for how your upgrades should be purchased:

How to Play
Heavy is capable of huge DPS. This makes him excel at taking out Giant robots. This makes those priority targets over small robots and tanks.

Absorb damage for your team. Take the aggro. Heavy is the tank. This is why I suggest buying Health on Kill and resistances as first upgrades choices.

Body block Giants when you can do so safely to prevent them from pushing you behind the front line.

Stay near the dispenser but not on top of it. Stay within its ammo range but not close enough to make it take damage. Doing so will keep your ammo up and allow you to not rely on the Ammo Capacity upgrade.

Don't shoot Uber medics until your Demoman/Sniper/Crutch Passer Pyro takes them out. If you do, they will pop and will be an annoyance to your team.

Don't follow/shoot tanks unless they are close to delivering the bomb or the only enemy on the map at the moment.

Stay at the front line in order to do that huge DPS and tank that damage previously talked about. Get in their faces. You have resistances for a reason.

Mostly in Expert missions where money is scarce, Uber canteens can be more useful than resistances some of the time (for Giants). If you decide to do this, get up close to the Giant and use the canteen to tank all of its hits and do massive damage to it.

Why Knockback Rage is Bad 99% of the Time
99%
Basically, the time spent pushing bots back could've been much better spent killing them with your 100% damage unaffected by the many damage cuts Knockback Rage gives you.

1%
Conclusion
Giants. Stay off tank. Giants. Stay near dispenser. Giants. This guide is very generalized and doesn't go very far in depth, therefore don't go saying in the comments "you forgot this," as I probably didn't forget it, but rather left it out on purpose because I decided it was too specific. However, if you truly feel I did, I may change parts to fit whatever fix you may have in mind. Cheers.
Changelog
2/24/2018
Replaced weapon pictures with images of stats and weapon pictures. Also added reasons to not use the Tomislav and Natascha.

3/01/2020
Changed opinion on the Fists of Steel from no longer viable to viable depending on preference.
< >
42 Comments

Hat Kiddo Nov 17, 2021 @ 10:13am
Plus, the original GRU was actually worse. When you pulled out the GRU back then, you were already a huge target and with the mark for death you'd only be easier to kill. Now the GRU is way better, it's just people are too blindsighted to see it's upsides.

Hat Kiddo Nov 17, 2021 @ 10:11am
You're wrong about the GRU. If you have a halfway decent Engineer or Medic, the downsides of the GRU are irrelevant.

fingers  [author] Nov 6, 2021 @ 10:23am
Yes, but honestly, I'd recommend just using ammo canteens. They're super cheap and save a lot of trouble. If there's one thing that's changed the most in how the best players play in the past couple years, it's how often the ammo canteen gets used. They're super good on basically every class, save for Engi/Medic/Spy. I just can't be asked to revamp these guides.

Dude Time Nov 6, 2021 @ 8:17am
What should a Heavy do when a dispenser gets taken out and the Engineer is not nearby. Should he stay near ammo packs?

will i am Dec 30, 2020 @ 8:11pm
is the tomi usable in mvm? i have heard so pepole say the toi is good becasuse you can move around more for teams without a medic and the firinf speed pealti an be ignored with just buyi g the upgrade for it

fingers  [author] Dec 4, 2020 @ 9:26pm
It definitely helps but you would have to shift your upgrade priorities around to do it.