Store Page
Age of Wonders III>  Workshop > Griffith's Workshop
This item has been removed from the community because it violates Steam Community & Content Guidelines. It is only visible to you. If you believe your item has been removed by mistake, please contact Steam Support.
This item is incompatible with Age of Wonders III. Please see the instructions page for reasons why this item might not work within Age of Wonders III.
Current visibility: Hidden
This item will only be visible to you, admins, and anyone marked as a creator.
Current visibility: Friends-only
This item will only be visible in searches to you, your friends, and admins. 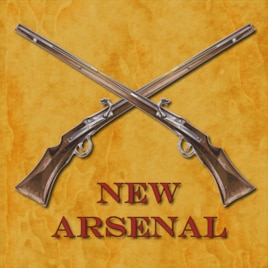 Griffith
Offline
See all 169 collections (some may be hidden)

This item has been added to your Subscriptions. Some games will require you to relaunch them before the item will be downloaded.
Description
Adds 2 new buildable units for each race, 1 x Tier3 and 1 x Tier4. Two new buildings are added for each race, which are required to start producing the corresponsing units. The new racial T3 building has similar perks to the vanilla T3 building. The T4 building requires both T3 buildings and Masters Guild, and gives extra medal for all Tier3 units built in the city.

Suggestions on improving the units further are welcome.
Popular Discussions View All (1)

Griffith  [author] Sep 14 @ 11:59am
They're fully compatible. Our multiplayer group have been using both mods for a while now.

CakeOfDoom Sep 10 @ 6:13am
Is this compatible with the Chivalrous Intentions mod? It doesn't change any vanilla buildings right? (if it does it won't be compatible)

Griffith  [author] Oct 2, 2019 @ 6:20am
If by support you mean do they get extra units with the mod, then yeah. You can see the new units from the screenshots or unit table above.

Griffith  [author] Aug 2, 2019 @ 5:53am
Thx. Yeah the new T4's are expensive (about 25% more than class T4's), but its because you don't need to commit any research to get them. The cost is similar to dwelling T4's of the balance mods we use to play competitively.

Anderson Aug 1, 2019 @ 10:21pm
Very nice mod, fleshing out the races a bit. I have to say, though, some of the T4 racial units are very expensive, while not being up to par. the Red Dragon is pretty badass, but Doom Wolf looks quite weak in comparison. Given the cost, it seems unlikely anyone would build their T4 racial, over the class unit.