Store Page
Garry's Mod>  Workshop > awcmon's Workshop
This item has been removed from the community because it violates Steam Community & Content Guidelines. It is only visible to you. If you believe your item has been removed by mistake, please contact Steam Support.
This item is incompatible with Garry's Mod. Please see the instructions page for reasons why this item might not work within Garry's Mod.
Current visibility: Hidden
This item will only be visible to you, admins, and anyone marked as a creator.
Current visibility: Friends-only
This item will only be visible in searches to you, your friends, and admins. 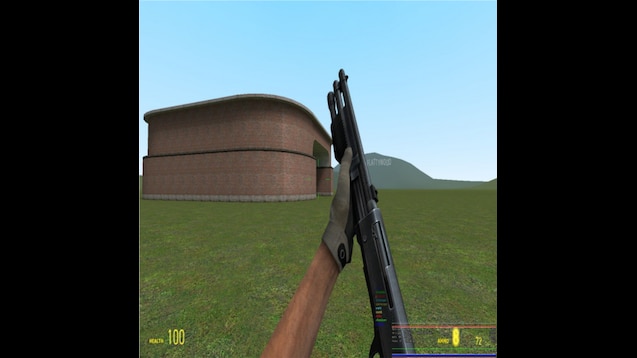 awcmon
Offline
See all 1767 collections (some may be hidden)

This item has been added to your Subscriptions. Some games will require you to relaunch them before the item will be downloaded.
Description
-Added NPC weapons 02.03.13
You all may think that I stole this from the other person who in fact stole it from me. Here is a Garrysmod.org and Facepunch link so you can check the dates and compare it to his.


If you checked, mine was uploaded a whopping 2 months earlier. I uploaded mine on October of 2012, his was on December of the same year. Plus, he actually took my exact picture and used it as the picture of his. I checked the code and it was identical too, though Garry did make this code first.


So you all may be asking-- why did I upload this? I uploaded this since his had an error that wasn't present from when I first fixed the CS weapons. You see, Garry changed the way fonts are done so since he didn't figure it out and fix that, you would get a bunch of errors any time those fonts were needed. I fixed that and now you can shoot people without creating any errors.


Credits:
All the original code was by Garry. I just fixed some things here and there.

Uploaded exactly 100 days after the initial upload... A nice coincidence...

Original GMod.org desciption:
Essentially all of this code was originally Garry's. I just fixed it so it worked in GMod 13.

So during the GMod 13 Beta, I realized there was no Counter-Strike weapons bundled along anymore. I hastened to salvage them before it was too late. When GMod 13 did get released I noticed that there really was no sign of the original CS weapons we all knew and loved/hated. I attempted to fix it, but I couldn't even get past the loading screen because Garry broke it for Windows XP users.
On 10.25.12 he fixed it, and first thing I did was fix the CS base as I don't think anybody else had done so.

It wasn't a particularly complex or hard fix. I did it because without this, aspiring SWEP'pers might only have complex confusing code to look at, rather than a code skeleton on which they could add meat onto. The CS base Garry made a while ago provided just this. It was simple, but not too simple, and it covered a good range of things. When GMod 13 went live, there wasn't anything else like this as far as I knew.
< >
106 Comments

Phoenis Aug 23, 2018 @ 7:43am
its neat that if you have this enabled the human grunts from half life source will drop the Mp5 on death probably due the the weapon name.