Store Page
rFactor 2 >  Workshop > Studio 397's Workshop
This item has been removed from the community because it violates Steam Community & Content Guidelines. It is only visible to you. If you believe your item has been removed by mistake, please contact Steam Support.
This item is incompatible with rFactor 2. Please see the instructions page for reasons why this item might not work within rFactor 2.
Current visibility: Hidden
This item will only be visible to you, admins, and anyone marked as a creator.
Current visibility: Friends-only
This item will only be visible in searches to you, your friends, and admins. 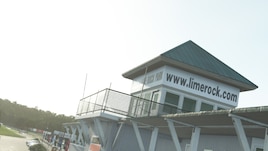 This item has been added to your Subscriptions. Some games will require you to relaunch them before the item will be downloaded.
In 2 collections by Studio 397
Premium Content

Lime Rock Park’s history is entwined with that of sports car racing. In its 55-year existence, almost all of the sports greats have raced there: Andretti, Moss, Gurney, Posey, Rodriguez, Hobbs, Hill, Donohue, Ward, Fitch… The list of great drivers who have raced here is literally endless, from the drivers in the industry changing Formula Libre race of 1959, through the stars of the 1960s, 70s and 80s in Can-Am, Camel GTP, F5000, Trans-Am and Atlantic.

In 2008, the track was re-paved. Two new corner complexes were also built, giving Lime Rock the ability to be run in four different configurations. But owner Skip Barber went to great lengths to ensure that every aspect of the original layout, including width, camber, radius and elevation – even the “temporary” Bailey Bridge at the top of the Downhill – remained exactly as it was when the track opened for its first race on April 27, 1957.
Popular Discussions View All (1)

fs7kills Apr 27 @ 5:02pm
Why is the file size so huge? 1GB for 1 track? Why does every piece of content gets installed twice in my SSD?

The first event is this Lime Rock Park on Saturday January 22.
Everyone is welcome to join. All racing is free.
https://simracingonline.co.uk/racing/seriesinfo/276

strava May 5, 2021 @ 8:32pm
AI are crashing into the end of pit wall on pit entry. It's like they start to go into the pits then change their mind, too late.