Store Page
rFactor 2>  Workshop > marcobost's Workshop
This item has been removed from the community because it violates Steam Community & Content Guidelines. It is only visible to you. If you believe your item has been removed by mistake, please contact Steam Support.
This item is incompatible with rFactor 2. Please see the instructions page for reasons why this item might not work within rFactor 2.
Current visibility: Hidden
This item will only be visible to you, admins, and anyone marked as a creator.
Current visibility: Friends-only
This item will only be visible in searches to you, your friends, and admins. 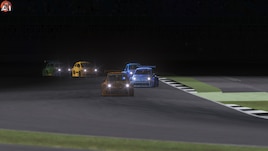 marcobost
Offline
See all 31 collections (some may be hidden)

This item has been added to your Subscriptions. Some games will require you to relaunch them before the item will be downloaded.
Description
NEW BUILD 1.50 (October 21st, 2021):
- fixed windshield banner

Build 1.46 January 20th, 2021
- fixed motec nightlight in colors that are available in the options

To keep it short: we are releasing another mod strictly closed to the real car, thanks to the help of few mates here that were able to contact the owner of the MR1 and few more people directly involved in the development at first and in the improvement later of the real car! The default setting of the mod brings to you the direct experience and knowledge of these guys and I must say I learned a lot of things about the secrets of this little endurance prototype. And improvement, tuning of the real car will go ahead, so we'll do same, privately, for comparison tests and a day we'll release a new build.

I know, this is a niche mod, but try it and you will be rapt by this car... fuel tank is very capacious and I hope some league will organise an endurance race with the MR1. The mod has also an option in the showroom/tuning for "Scratchable vs. Detachable Items", because currently is not yet possible to have a detachable item that shows also scratches. It means if you want all scratchable items in case of accident, they are no longer detachable. I hope to fix it as Studio 397 will go ahead in the development of this feature and all other exciting ones... on "rain" side, also if the mod has the wiper working, it is not yet updated to the "rain drops" effect.

About the development, I must thank more than usual my friend Chris "redapg", because he modeled by scratch, only looking at the pictures of the car, the 90% of the mod. He also added specific options for the Motec Night Illumination.

marcobost  [author] Jan 11 @ 12:47am
as I said, I posted internally... I have no access to the MR18 and it is encrypted, so it is a blinded search on my side and I do not expect Reiza can care of the problem. Also the fact that once you have the MR1 working and once the MR18 means that something is wrong and there is a connection... I also think to the name... probably the capital letter of the second M is not enough, but it needs only to avoid to have MR1 and MR18 (and other metalmoro) togheter. Too many potential possibilities and not enough people for testing and comparing...
I see more than 2000 subscriptions of the MR1... few hundreds should have the mod installed but nobody of them bought the reiza DLC?
Probably posting into the MR1 thread should be more appropriate, LOL

Haris1977 Jan 11 @ 12:28am
@macrobost just a thought: Just try a different folder name than "Metalmoro". Maybe only "MR18". That is because Reiza uses the same name for her car ("MetalMoro"). Just a thought

Haris1977 Jan 10 @ 12:48pm
@macrobost it works without any problems in the old ui. So smth has broken with new ui and this mod i guess (this problem happens only with this mod, all others work as expected)

Just a new tip: i went to old ui to check this mod, and now that i am back to new ui the mr1 works! But the reiza dlc (of the other metalmoro(s)) are not shown in the ui! So..smth strange is happening here. Also i get no car thumbnails in the new one (but i guess this is smth that can be fixed)

marcobost  [author] Jan 10 @ 8:46am
BTW haris, a quick question: what happens with the OLD UI? Can you please test it and report? thank you!

marcobost  [author] Jan 10 @ 8:23am
S397 don't provide to us dlc of other companies and in any case it is impossible to unpack them to look at the inside folders and addresses Reiza used... We could do some test changing something... I'll write to the MR1 owner to have some info by him... in case please contact me privately

Haris1977 Jan 10 @ 5:45am
I cant unsibscribe from the metalmoro (i only have the mr18 dlc). Every time i unsubscribe when i launch the game it re-subscribes again the item

marcobost  [author] Jan 10 @ 2:23am
Haris, here it works perfectly. Maybe is a conflict with the Reiza DLC ?! If they didn't care for the previous mod I released, this could be the reason... needs more investigation, but please if you have the reiza Metalmoro mod(s), try to unsub them to see if MR1 works and let me know

Look at the photo here