Store Page
Left 4 Dead 2>  Workshop > obez's Workshop
This item has been removed from the community because it violates Steam Community & Content Guidelines. It is only visible to you. If you believe your item has been removed by mistake, please contact Steam Support.
This item is incompatible with Left 4 Dead 2. Please see the instructions page for reasons why this item might not work within Left 4 Dead 2.
Current visibility: Hidden
This item will only be visible to you, admins, and anyone marked as a creator.
Current visibility: Friends-only
This item will only be visible in searches to you, your friends, and admins. 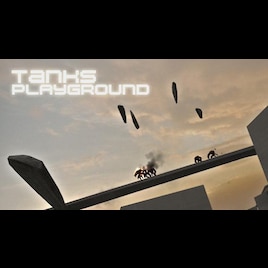 obez
Offline
See all 9192 collections (some may be hidden)

This item has been added to your Subscriptions. Some games will require you to relaunch them before the item will be downloaded.
Description
Version 3.0

Campaign
My tribute to the Tank Fever series by Lain.
Survive the tanks for 10 minutes until rescue arrives!
13 to 15 tanks at most in Normal, Advanced and Expert modes (all are beatable). Less tanks in Easy.
3 possible rescue points.
A player who falls into the water will be teleported to the rescue closet.

Survival
The first stage only has Tier 1 weapons but you get better ones once you go up the tower. Even though tanks are limited to 2 in survival, you'll sometimes get 3 tanks at once.

There are 7 stages:
1. Tower "Garden" & Roof: Beginning
2. Glass Bridge: Hold the end of the bridge (with bridge door trap)
3. Peanut Island: Say "Hi!" to Peanut and the "Brain Dead" mower trap
4. Ladder defense: Defend until the ladder is down
5. Zombie Run: Fight your way through the horde to reach Pillars Island
6. Pillars Island: Defend your way into the tower
7. Submarine Vault: Escape the island in the Submarine! (Can one escape a survival map?)

A stage won't start if you haven't completed the previous one.

Versus
Coop map, by night.
Please note: this is experimental, for fun, not thoroughly tested.

Notes
Group
Have fun and if you like the map, consider joining the group, Tanks Playground L4D2 (TankPlaygrnd) to connect with other players and submit bugs/ideas.


Thanks to Necrofries and Lain.

Complete changelog is available in the vpk : l4d2_tanksplayground_readme.txt
Popular Discussions View All (21)

How long have you survived?
Bloo

Puddles of water May 1 @ 5:24am
can anybody play the survival mode of this map? i got a consistency error