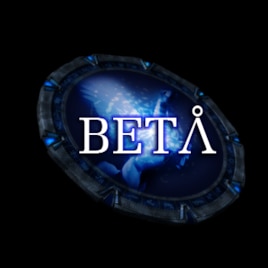 martin.taichl
Offline
See all 86 collections (some may be hidden)
You need DLC to use this item.

About:
"Stargate - Empire at War: Pegasus Chronicles" is a total conversion of the popular "Star Wars Empire at War: Forces of Corruption". All currently available factions will be replaced by other factions of the Stargate-universe. The mod encompasses:
This version is the most recent version availible. Because it is a Beta version it allows you to test new features at the expense of possible crashes and balancing issues. In this version we will continue to fix bugs until they are ready for the stable branch of our mod.

Stable version:
The stable version of our mod is available here: http://steamcommunity.com/sharedfiles/filedetails/?id=1126880602

Join our public discord server to coordinate matches and chat with the developers:
Link[discord.gg]

How to play:
Subscribe to our mod, make sure to let the download finish (see your Steam download manager, it'll say at the bottom of your Steam client), then launch Forces of Corruption. Once ingame, go to the Options menu, then Mods, and enable it from there.

If this is not working you can try to launch the mod via the steam launch options by changing them to "STEAMMOD=1145741406" without the quotation marks.

If you are not using the Steam version you will need our launcher, see here.

What content of the ground skirmish can you expect in the open beta? This first version of the ground skirmish contains 7 skirmish maps on which you can battle the AI or friends as Tau'ri, Goa'uld or Wraith. The first two factions are completely done while the Wraith still require some tweaking. But that’s what a Beta is for after all, isn’t it?

Here’s a list of the main features you can expect in the Ground Skirmish Beta:

- We got 40 unique ground units over all three factions - all of which are based on units featured in the series. (In case of the Wraith we had to invent some units though)
- 15 additional hero units: 6 heroes for Tau'ri, 5 for the Goa'uld and 4 for the Wraith
- 30 new base building models: Around10 for each faction, each with neat construction animations and damage models
- Completely new set of offensive and defensive turrets for all three factions
- Amazing new animations for each unit and many buildings
- Special Jaffa units with retractable helmets – just like in the movie
- Unique features such as shield MALPs, Thor’s chariot, the Tacluchnatagamuntoron (congrats if you know what we are talking about without googling it:)), or Transportation Rings which allow you to instantly travel to distant locations on many maps
- Brand new walker vehicles for the Wraith that should catch the spirit of overall Wraith style very well
- Many new “made from scratch” special abilities that are faithful to the series
- Sound effects and music taken directly from the series for the most immersive experience
- Stargate-based ground maps that were made with care to faithfully re-create iconic locations from the show. For Tagrea alone we created around 50 individual building types, including a fully animated train and the Gun Balloons that surrounded Prometheus.
- 7 ground skirmish maps total and more on the way, which will be added later
- Exceptionally stable performance especially in multiplayer – say goodbye to synchronization errors!

PINNED: Your experience with the open beta
klon116

Please release BBS (Base Building Mode) as a addon for the original game :) So we can base build in Star Wars as well.
gamepwn
< >
565 Comments

Aevumdefluo Oct 2 @ 10:54pm
Hi. I recently joined your discord and was surprised it was on here after playing for over a decade from the downloads on the website. I was also surprised that a discord existed and with so many members. I thought it deserved a like and a couple awards. Thank you for so many great years of fun. Prost!

krismolloy29 Sep 19 @ 6:34am
I enjoy the mod i still play the original stargate empire at war which is bit broken but still works fine cant wait for your team to add more stuff like GC maps keep up the good work

RedLink1029 Sep 18 @ 2:24pm
@juju I'm sorry your having a hard time playing this mod, but don't call it "shit" just because your pissed off that it didn't work the way you wanted it to. This is a great mod, and will continue to be as such to me. I respect everyone's got their own opinions, but in your case, you didn't need to publicly disrespect the mod just because you got angry with it.

XenturianTale Sep 9 @ 8:27pm
When will you release GC?

Amazing mod! I've gotten tons of joy out of it.