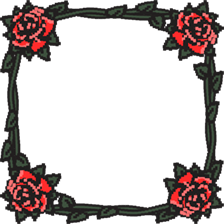 Recommended
42.2 hrs on record
In an era where so many game companies end up milkshake duck'ing themselves, this overlooked gem of a game with an AMAZING soundtrack seems to have flown under everyone's radar almost because of the lack of major issues.

It was released, it was fun, it was shockingly bug-lite compared to many major releases, and it's well crafted and fun gameplay from story-level all the way to "Good luck, you'll need it." difficulty settings.

And unlike many newer games it doesn't rely on you having a web browser up looking at an (un)official wiki constantly, it's quite possible to get the super majority of the achievements entirely using in-game knowledge and details you can go back and review.
Posted November 22.
Was this review helpful? Yes No Funny

Not Recommended
0.2 hrs on record
As others have said, this has a LOT of cons:

Zero voice acting, so the game feels ridiculously out of touch considering most of these characters are known for dozens if not hundreds of zingy one-liners.

The controls are unable to be changed AT ALL, nadda. And they're wildly different from standard Smash-alikes so everything feels off, and many otherwise fully usable keyboards literally can't play this game as a result without a separate game controller.

And regarding controllers: Even there the controls are wildly different from most Smash-likes.

This is a HARD pass, this feels like a fan-made Mugen character pack not a standalone brawler.

And yes I ignored things that it has and it's expected to have (netcode, etc) because... I don't congratulate something for doing the bare minimum in an area. That's like saying "Ooh, it supports 16:9!" at this point.
Posted April 10.
Was this review helpful? Yes No Funny

Not Recommended
0.7 hrs on record
This is not a Zelda clone.

It's a Souls-like with a fixed isometric camera while wearing Link's hat.

This was never advertised as a souls-like game, but presented almost entirely using trailers that implied something akin to SNES, or maybe NES Zelda difficulty and gameplay.

This is VERY Souls-like however requiring frame-precise dodge-roll, parry, etc.

It also never teaches you ANY of these mechanics, and in fact even the in-game instructions are in a foreign fake language perhaps in some attempt at accessibility via diagrams instead?

It has no practice or tutorial areas however, and in fact expects you to die and get resurrected to literal magical bonfires a LOT, but these bonfires are often 2-3 major rooms worth of fights away from any given boss, so you always end up greatly weakened when you get to that boss.

For the record: I refunded this around the 1-hour mark after the first (mini?)boss one-shot me for the third time, this time mid-dodge-roll. Alt+F4, uninstall, this is not what I signed up for.

When the only options are "so hard you get one- or two-shot constantly" or "enable the god mode cheat entirely" there's a core fundamental problem with the game design and being so disrespectful to your players where you're either god-tier or useless with no in-between.
Posted March 25. Last edited March 25.
Was this review helpful? Yes No Funny

Not Recommended
3.5 hrs on record
While the gun customization has some very nice features this game is RIDICULOUSLY hard even on the easiest difficulty setting. I wasn't constantly failing missions even, again, on the easiest setting. As such a critical part of FPS (difficulty tuning) is done so horribly I actually have to stick a thumbs-down on this review.
Posted December 25, 2021.
Was this review helpful? Yes No Funny

Recommended
16.5 hrs on record (10.7 hrs at review time)
First and foremost: This is a positive review.

I'm unable to beat this game however (PEBKAC) though, so I'm going to caution prospective players:

This game is HARD, and the tests in each level are NOT comprehensive, nor will they give the same results when run individually versus the 'run all tests' results. It's VERY possible to make solutions which pass in test-all but fail on every single test when run individually. Chasing the test scores can easily box you into a dead-end solution path.

The test score results are NOT an actual metric for how usable parts you design are, and almost every part is meant to be used later after it's made, without any clear description of errors compounding or what to watch out for.

I hit a stone wall of progress in a level in the late 20s and while the folks in the official Discord tried to help my solutions earlier simply have numerous subtle issues that I don't understand and wasn't able to understand even when explained to me.

As the only way forward would be discarding all my work and pasting in someone else's entire set of solutions to progress further I simply stopped playing the game at that point instead as lack of understanding is not satisfying and neither is using someone else's solution set whole-cloth.

Note the above is still a positive review; the game itself is very nicely implemented, and enjoyable if you keep making progress, but the difficulty has VERY brutal ramp-up points as well as the nebulous 'cumulative failure' that can build up and stop further progress.

The cumulative nature of things is it's most striking difference from, for example, Zachtronics games where each level is entirely distinct and separate from all previous and future.
Posted July 14, 2021.
Was this review helpful? Yes No Funny

Recommended
17.1 hrs on record (16.5 hrs at review time)
Early Access Review
If you were a fan of the original Everspace but wanted less Rogue-like and something more like Privateer or Descent: Freespace, pick this up.

One caveat: The developer has straight-up said VR is off the table until after full release + consoles, as while the original game is (still) considered one of the best VR space combat games out there it simply was not played much in VR compared to normal desktop mode, and consoles were a huge item as well. So if you loved the VR mode? Don't buy this for now, it's not for you.

If you've never played the original, this is an absolutely gorgeous space-combat game, that plays excellently with just mouse and keyboard without requiring a joystick/flight-sim setup. The last game that played this well with mouse + keyboard was legitimately Descent: Freespace. This is very much like that, but updated for modern systems.

The game is limited to 10-20 hours of gameplay as of this review, with a level cap of 14 (one shy of the third tier of perks) and only the first 'upgrade' level of the various ships available in-game. But if you're a fan of space-combat games that are light on trading and heavy of combat and exploration? GET THIS GAME.
Posted January 24, 2021.
Was this review helpful? Yes No Funny

Recommended
284.6 hrs on record (147.1 hrs at review time)
Early Access Review
Outside of some brief moments when exploring where combat happens this game is incredibly peaceful and zen-like. Never quite monotonous, there's always SOMETHING new to do, but it's low enough paced that it's relaxing and almost meditative instead of just a boring grind.
Posted November 25, 2020.
Was this review helpful? Yes No Funny

Not Recommended
16.7 hrs on record (8.2 hrs at review time)
While the underlying racing and car customization is marvelous, this game is unplayably hamstrung by the immersion-breakingly horrible rubber-banding 'catch up' they apply to the cops that will chase you out of nowhere.

Unless you take huge stunt jumps or literally suicide into water so the cops all dive in after you there is literally no other way to escape them, as no matter how fast or slow you are, doesn't matter if you're 90mph or 200mph, the last cop chasing you will be magnetized to your bumper and can't be outrun no matter what.

And as it's impossible to progress in the game (story or further parts unlocks) without racing when these magnet-cops are in play, that effectively blocks progress unless you stick to areas with more jumps with an F-Zero GX track.

So as a racing game? It'd be a HUGE thumbs-up except the fact that they gave up on making the cops challenging without making them cheat the literal game physics just to be oppressive instead.
Posted June 7, 2020.
Was this review helpful? Yes No Funny

Recommended
10.7 hrs on record (10.5 hrs at review time)
The rebooted Doom is entirely a single-player campaign with a very good, compelling, and enjoyable story. It's an excellent sequel to the 2016 game.

One minor complaint I do have is it feels more like a story draped over fighting arena's, versus 2016's "fighting random locations, some of which suck" so it comes across as overly tuned at times.
Posted May 16, 2020. Last edited June 19, 2020.
Was this review helpful? Yes No Funny

Recommended
64.1 hrs on record (12.0 hrs at review time)
Early Access Review
If you were a fan of Bastion but wished it had replayability?

This is your game.

This is SuperGiantGames true return to form, finally escaping the bowels of the EGS and truly showing it's marvelous colors here on Steam!
Posted December 25, 2019.
Was this review helpful? Yes No Funny