This user has also played as:
sniper main™ 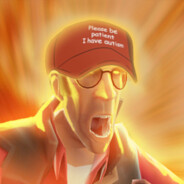 Teufort Triggermann
300 XP
I'm one of those Source modders. If you got a question related to it, I probably have something resembling an answer.
Don't be afraid to ask for help! Odds are I'll get back to you.

Quote collection
" Can we just nerf Trigger? " - Fluffeh
" Fluffeh only said to nerf you because he's too busy being a ♥♥♥♥♥♥ battle Medic " - Kinu Ayame
" you need more funny quotes on your profile " - shrill
" the direct hit is like a rewind button " - shrill
" why did you choose the hardest class to be your main? " - shrill
" I don't know why, but I have the sudden urge to listen to Fireflies . " - DrEarRape
" Soldier is a crutch for bad players " - MasterFrasca
>" tf2 is a crutch for bad players " - chompa
" Alright so I expect nudes from everyone here tomorrow, especially Trigger. " - Wiazerd Pawrez
" i hope you get your head stuck in a yoplait cup and trip on the curb while walking in a crosswalk " - shrill
" you can trash cans of toilet bowl " - me
" quoth the noed gamer, "EZ" " - me
" solve for sex " - lechuga
" i think we figured out what sex + sex means: you got boned " - DrEarRape
" 9/10 dentists recommend Colgate, the other dentist recommends Clorox " - shrill
" ah yes, the thing you say when you hit the ball in golf: 'GOLF!' " - me
" none of the words you just said are real " - beani
" a based man in a cringe place can make all the difference in the world " - thedishtv1605
" hitreg is a myth made up by valve to make people buy more melee weapons " - silver 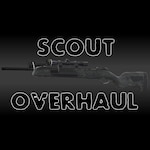 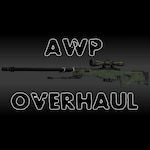 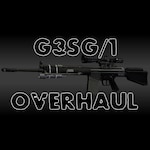 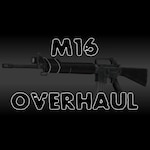 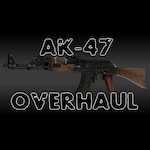 my favorite game is definitely tf2 but i still really like other classics such as the left 4 dead series, portal/portal 2, and the half life series

i have no idea what else to put in this info box so below is a list of things related to the source engine i made/am making that a few of you may find interesting; i do appreciate the nice comments but honestly i'm just a dude who makes stuff at the end of the day. do please understand that i have a real job that takes up a lot of time i used to have, so my mod production is pretty slow for the most part.

tf2
updated september 22 2021
❕ a sourcemod plugin that gives bots the ability to wear any cosmetic and use any weapon [1] as defined by items_game.txt (the file that stores all item information)
> this plugin also gives bots the ability to use a profile system not unlike cs:go's, offers the ability to use the in-game text chat based on things that happen in the world, lets them use voice commands, and fixes a few edge cases with weapons that outright stall bot movement (food items in particular)
❎ a sourcemod plugin that adds new voice commands to a custom menu bound to voice_menu_4
> also extends the previous plugin to allow bots to use the specific voice commands added by this menu (currently only 1, to call out a sniper)
🚧 a python script for blender that takes a character's arms rig and makes an IK rig that you can animate with
🗑 some old ass viewmodel animations i used to think were good but i now acknowledge are pretty poopy
❔ an animation mod that makes scout hold his bat with both hands
❎ a sourcemod plugin that creates an entirely custom bot AI based on a plugin i didn't write that can build paths based on the nav mesh of the map, purely through sourcemod (although i didn't get very far with them so they're pretty bad and not very well fleshed-out)
🗑 some old custom sniper viewmodel arms that gives him a globally-timed watch and removes the glove from the hand that lacks a glove in third person (this broke the huntsman viewmodel, however, because it was animated left handed for no good reason)
✅ [gamebanana.com] old model hacks for the sniper rifle and smg that remove their sights
❎ a generically-colored scout model that accepts two different proxies to color two different parts of him (his pants and his shirt, specifically) without losing detail by shifting the hue of the texture[4]
❕ complete animation, model, rigging, and other misc. fixes to the robot player models (animations being key, no existing fix pack has re-worked the robot animations beyond minor fixing)[5]
❕ updated versions of some mvm robot (and related) plugins that incorporate features of my own local plugins or otherwise have specific fixes applied to make them more functional than they were
🚧 a set of game balances, including some custom/updated animations & models, under the guise of a fictitious "heavy vs sniper" update

l4d2
updated aug 18 2020
🚧 an animation base for viewmodels that makes everything as consistent as possible (although it's ♥♥♥♥♥♥♥ impossible to use for anyone else so rip)
🚧 some overhaul mods for a few guns
✅ [gamebanana.com] some tf2 grenade launcher replacements
❔ a mod that replaced the hunting rifle, uzi, and mac-10 with a modified sniper rifle from tf2 (with a magazine), smg, and cleaner's carbine respectively
🚧 a whole host of unreleased overhaul mods for almost all of the other guns that i will release as i get more comfortable with how they look and animate

sourcemod
updated aug 18 2020
❕ a set of includes that take advantage of methodmaps and other new-syntax things to make code infinitely neater, simplify the process of plugin development, and offer some degree of consistency to code in the name of efficiency and making sourcepawn look almost object-oriented

addendum
[1] some weapons are triggered differently and don't work at all, but they aren't the problem. the problem mostly lies in the weapons that the bots use incorrectly like the jumper weapons, food items, and the crossbow
[2] valve used the dmx model format to add wrinkle maps for characters' faces as well as unique left/right variants of each flex that are not available when using vta flexes defined in the qc itself
[3] i only ever did the scout as a proof of concept
[4] if i ever do the same for all other classes i'll probably release them to the sfm and gmod workshops with the same skin structure found in tf2 (using the default colors on each one, that is)
[5] yes, i did the giant sniper mod
Item Showcase

7.6 hrs on record
last played on May 24
Wallpaper Engine
Achievement Progress   3 of 17

john glaggle (repenting) Mar 30 @ 4:59am
this man stole my big chungus plushie in 4th grade and returned it to me covered in crystallized barq's rootbeer. my dude HOW do you crystallize that stuff in less than 24 hours???