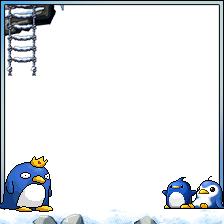 Recommended
0.0 hrs last two weeks / 498.0 hrs on record (39.3 hrs at review time)
If you are a Tower Defense addict, get Elemental War. You will like it. While it is currently in development through Early Access, it is enjoyable now, and I only foresee it getting better.

In the beginning of a game, you can only build a basic arrow tower. After every 5 levels, an enemy representing one of 7 elements comes out. When you destroy it, you can use that element to upgrade your towers. You will need 2 of that element to upgrade those towers to level 2, and 3 for the max upgrade. (Based on game mode, the element is either random or chosen by you.)

That's not all!!! You can get even more towers by combining 3 different elements. Three element towers can stun enemies, buff other towers, temporarily clone other towers, make money, and even return lives to you. With 192 different towers, strategies are endless. (Plus an in-game help that shows which towers you can currently build, and what they all do.)

There's still more!!! Multiple maps, random generated maps, unlimited mode, hero mode, and leaderboards. Multiplayer is currently under development. The developers are constantly soliciting feedback on how to improve and balance the game. It even runs well under linux.

UPDATE(July 2019): Version 1.0 was just released... Goodbye Early Access. If anything, I recommend the game even more now.

Multiplayer was finished. A map editor (that was not planned initially) was added and has steam workshop support. Many of the background sounds and animations were updated giving a richer experience. All worthwhile and great things to have.

However, the feature I love the most... Random Element mode. Why? Because as a feature it increases re-playability more than anything else, even the map editor.

You get an element every 5 waves. A normal game only has 60 waves, with 3 upgrades of each element you may only get 4 different elements. That will limit the towers you can construct. Even in an unlimited game mode, you need to reach wave 95 to guarantee every element (and wave 105 for max upgrades.)

How does this significantly increase replayability? Simple... What happens if your favorite tower is not available because you do not have the correct elements? You are forced to change your strategy and use different towers. Sometimes, you will be missing entire types of towers... How do you win without slow towers? Or what if you have no AoE towers?

In random element mode, you need to create a new strategy on the fly based on the towers you have available. You get to learn what other towers are available other than just your favorite ones. There are teleport towers, shrine towers which buff other towers, gulp towers which swallow enemies whole, Forest Spirit towers which add lives. In short, Random Element mode changes how you play the game every time... This strategy on the fly increases replayability.
Do you recommend this game? Yes No
Cancel Save Changes
Was this review helpful? Yes No Funny