This user has also played as:
?   Antarctica 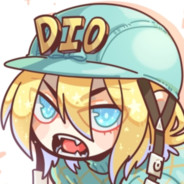 Years of Service
500 XP
Slimeology:
Quantum Slimes appear to have resulted from some sort of event that took place in the Ancient Ruins long ago. At all times, the quantum slime is capable of emitting other possible realities of their being. Called 'ghosts', these other realities can come true, with the quantum slime aligning with the reality of the ghost, effectively teleporting.

Rancher Risks:
Quantum Slimes can be one of the most difficult slimes to manage, given their unique abilities. A rancher needs to learn to detect when quantum slimes are primed to take over the reality of a ghost, and act quickly, such as feeding them or splashing them with fresh water as a temporary measure.

Plortonomics:
Quantum plorts are believed by many to hold the secret to infinite resources. Given the quantum slime's ability to change reality, it's theorized that unlocking the potential of quantum plorts would allow for a technology that converges the realities of other entities into our reality and- well basically we're talking about cloning stuff. Infinite energy, chickens, whatever. Probably no harmful side effects to this at all.