This user has also played as:
-N/A- 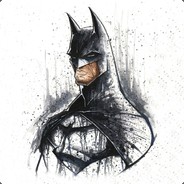 Out of action till indefinite time.

Flaxxie! <3
Offline
How I am Busy Playing Games In Steam
Most likely you will find me playing DotA 2. However, I play other games on Steam and my consoles. I may not be able to reply to you instantly, but be sure to leave any message in the chat.
If you see me playing DotA 2, please add me if you want a player who plays the following heroes:

Strength heroes:
I must say that this category has the least number of my favourite (and most-playing) heroes. Nonetheless, there are some who I find awesome.
- DOOM (My favourite strength hero)
- Lycan
- Underlord
- Abaddon
- Earth Spirit
- Bristleback
- Dragon Knight

Agility heroes:
These were the first heroes I picked duing my first DotA 2 hours. Though I regret not playing with Intelligence heroes first, this group has some of my favourite heroes too.
- Spectre (My favourite hero of all time)
- Venomancer (This one, I have many fond memories of getting Triple Kills!)
- Razor (That Static Link!!!)
- Templar Assassin (I love her. She is damn beautiful! Even more than Drow, whom I found most beautiful.)
- Vengeful Spirit (A great support hero, I must say. Have some fond as well as bitter memories with her!)
- Juggernaut (JUGGERRRR-NAAA-UU-TT!!! Why not?)
- Riki (Who doesn't love a thief?)
- Gyrocopter (A decent carry, but love his animations and sounds much more.)
- Weaver (Well, I can't understand most of his rants, but he is good.)
- Phantom Assassin (Can't forget her!!! Gets easy win in SEA. Other than that, a dull hero.)

Intelligence heroes:
Ah, the heroes that I should have played at first! Really helpful in learning the game and about map control, warding, monitoring etc.
- Jakiro (I love dragons, and on top of that he is a two-headed dragon! Good support and very versatile.)
- Puck (Another dragon-like creature from another dimension. Why not? Great hero.)
- Enchatress (Another beauty. Great hero.)
- Tinker (Lovely dwarf. Very versatile with many many possiblities of growing.)
- Rubick (He is the Grand Magus. Why would I forget him? One of my favourite heroes.)
- Techies (These guys. When you are them, other hate you. And when others are them, you hate... Great hero team!)
- Lich (His ultimate is one of my favourites.)
- Lion (Very versatile in my opinion.)
- Enigma (The reason of many RAMPAGES!!! Not for me, of course! But a decent hero nonetheless.)
- Warlock (Controlling Golems and trying to take enemies to Hell! Count me in.)
- Dark Seer (Very efficient pusher, initiator and with great abilities.)
- Outworld Devourer (OD is OP. OD is OP. OD is OP. There, I said it... A great hero.)
Last but not the least is...
- Shadow Shaman (Very good hero with great abilities. But I don't see him much picked anywhere. So sad...)

So, there you have it! Make what you want to make of all this, but don't forget to enjoy your game.

Warframe
3,794 Hours played
Fun and quite good movement and maneuver mechanics, decent gun-play and melee system, and some good lore with a great community along with one of the best developer support makes this game among the best F2P games out there.

0.0 hrs on record
last played on Sep 26
The Falling Tower
Achievement Progress   1 of 8

0.0 hrs on record
last played on Sep 25
Towaga: Among Shadows
Achievement Progress   0 of 38