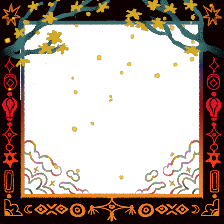 Recommended
0.0 hrs last two weeks / 2.7 hrs on record
It's kind of funny that Schein isn't the first puzzle platform game with a light gimmick that makes elements of the world appear and disappear that I've played. Fortunately, it's the best one of those that I've played, and a pretty good, if very challenging, platformer.

Your character awakens in an appropriately dismal swamp, seeking his son. He soon finds a chatty little wisp that casts a magic light that can make special platforms and obstacles appear. Like Closure and other games that came before it, Schein is built around using light sources to clear the path ahead. In addition to revealing platforms, the light can power certain devices and reveal hazards, as well. As if that wasn't enough, you'll find additional kinds of light further in, multiplying the complexity.

And boy howdy, is there complexity. Schein throws both puzzling and precision platforming at you, and does not hold back on either. There are twelve levels to traverse, and as early as the second or third you might run into puzzles that trip you up. They're a good kind of challenging, the sort that look impossible until you get your head in the right place, like the ones in Braid or P.B. Winterbottom. They only get harder, too, which makes Schein a good game to fill the gaps between other, less trying titles.

You'll need breaks from the platforming, because some of the timing and light-switching can get absolutely brutal. Never unfairly so, and there are generous checkpoints and instant respawns, but it goes far more difficult than the look of the game would suggest. It is a very pretty title, with the different light sources changing the look of the world in salient ways, and some lovely sound effects and minimal music to support. As long as you don't let frustration get to you, Schein will keep you engaged and busy for quite some time.
Do you recommend this game? Yes No
Cancel Save Changes
Was this review helpful? Yes No Funny