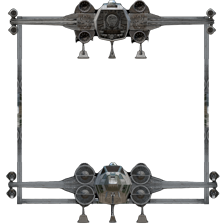 You're either going to love or hate this game. Its turn-based combat is by far the most fun that I've ever played in a CRPG, but while I loved many character subplots, I had some issues with the gameplay balancing and especially with the main story pacing.

Original Sin II is readily accessible to players who never played the first Original Sin or the numerous other games in the series. The main quest isn't very interesting (it's one of those stories that piles on 90% of its rules and explanation at the very end), with a straightforward tale of good versus evil told very pretentiously. You have the Godwoken, ordained by prophecy to seek divinity and save the world, and the monstrous Voidwoken, who want to gobble up everything. The setup works well enough, even if repeatedly hearing "-woken" gets annoying fast, but there's not very much to it, nor does this improve later. The story does get more interesting when other typical fantasy elements get introduced, but by that point you're dealing with "greater good" tragedies, questioned orders, and well-focused B-plots that are a lot more compelling than "kill the ugly monsters before they eat the universe" or the numerous subplots, even including major villains, that get built up only to be neglected or abruptly resolved later.

I do like most of the setting. Rivellon is one of the most gorgeous fantasy settings I've seen since playing the King's Quest games in the '90s, and I liked its mood of cautious if beleaguered optimism. However, I wasn't really motivated to learn more about the region's cliché history even if I enjoyed the art design. Most of its few towns are lively and full of people making the most of their circumstances, but some communities feel more "how-does-this-work" believable than others. Certain areas have an edginess that feels forced, with NPCs being rude to you for no reason like if you got a soccer mom to write Fallout dialogue, but because the game overall isn't as dark or cynical as it wants you to think it is, the few moments of outright horror feel genuinely shocking since they're never overused.

The turn-based combat is the definite star of the show. You're given a quantity of Action Points to move and attack with, but there's no grid. Movement requires pixel precision and can sometimes block ranged units' line of sight to an enemy depending on where they're standing and what specific body part they're aiming at. You don't want to whiff a projectile or a spell because you had the wrong part of a monster's hitbox selected, but the game is usually smart enough to warn you against this. Abilities and spells don't cost "uses" or mana but instead have cooldowns for a certain number of turns, which do a great job of balancing out powerful abilities.

The game's diverse preset classes mostly fit standard fantasy templates but can and should be extensively modified during character creation. I don't recommend using any of the presets strictly as they are without reading up heavily on what each of your stats and skill options do, so you might find yourself playing through the lengthy and well-designed prologue several times before you really get comfortable. Stats work similarly to Dungeons & Dragons and also influence your available dialogue options as well as your interaction with the world, such as lifting heavy objects or detecting traps.

Skills are divided into various groups and can be bought or found while exploring the world, and memorizing them is done outside of combat by simply assigning spells to vacant slots. Non-magical playstyles are a lot more fun here than in a lot of CRPGs since your melee abilities are flashy and fun, even as playstyles that simply rely on high basic-attack damage still feel like they have an advantage. You can mix and match as many of these skill groups as you want without having to be stuck with your starting classes, but the game's difficulty heavily rewards min-maxing even as certain playstyles can exploit some of the game's rules.

That being said, the game's default difficulty and its learning curve tend to be remarkably high even if there are easier options. I've seen more than one person outright downvote the game for being so unforgiving with enemy health and damage, and even having beaten the game several times, I can't say I blame them. I spent more time messing around with various playstyles than I did beating all of The Witcher III. Divinity's map hubs are really large, but you're very unlikely to survive unless you complete quests in a specific order, which makes the whole adventure feel really gamey. In some cases, especially early on, you're not doing quests because you empathize with the characters (the game's wannabe cynicism means that a number of quests have needlessly tragic or "sucker" endings) but because you desperately need as much noncombat experience as possible.

One of my favorite aspects of the game is how you can use abilities to affect the world and solve puzzles like in Golden Sun. Want to put out a fire? You can cast a rain spell. You can even free many prisoners with a teleport spell. While there are some glaring exceptions to problems you should just be able to magic your way out of, being able to create your own solutions makes a lot of otherwise-mundane quests much more compelling. One negative is that after a certain point, you can also near-completely respec for free, which makes a lot of your earlier leveling choices feel inconsequential even as the game seems to be structured around assuming you'll heavily exploit this, which feels like intricate game design but implausible setting design.

A lot of modern RPGs try to hide "we're a game" as much as possible, but this is not one of those games. Quest descriptions and instructions in your journal are sometimes very vague, so don't be surprised if you need a guide, especially since a few quests all but require certain characters. The six defaults each have unique personalities and backstories, and they all do play other roles in the story, even as this could have been explored in further depth. I like the concept — imagine if all the playable races in an Elder Scrolls game had their own names and histories and continued to play a part in your adventure. The downside is that certain characters' personal abilities have a big advantage over the others.

I didn't like the game's unorthodox writing priorities. Without spoiling, a lot of major quests and decisions get no resolution or at best a cliffhanger while unimportant quests have elaborate endings or poorly defined motivations. Most of the game's writing isn't quite so extreme, and some contexts such as elven cannibalism of all things are remarkably poignant and well-defined. The game's approach toward romance and sex feels off-putting: your charming British narrator breathlessly describes character actions with lurid detail, but its plot lines and story arcs aren't nearly as interesting. I wouldn't mind the graphic content so much if it had a solid foundation, but this and some armor designs feel like a cheap and unappealing excuse for fanservice.

I really think Larian should have pursued their XCOM-like "Divinity: Fallen Heroes" premise that they seem to have shelved in lieu of Baldur's Gate III. Though Original Sin II doesn't really succeed as a story (you can see its ambitions, but also its limitations since the player characters will use a lot of the same dialogue even when it doesn't suit their personalities), it's an excellent combat sandbox if you're willing to spend a lot of time figuring out the specific route you're meant to make progress with.
Do you recommend this game? Yes No
Cancel Save Changes
Was this review helpful? Yes No Funny