This user has also played as:
Garry Years of Service
350 XP
"Comics are like boobs. They look great on a computer, but I'd rather hold one in my hand" - Stan Lee
View more info
Currently Online
Profile Awards  1

The girl who bought WinRAR
Offline
71

⠀My name is Garrett, but I go by many things such as Nien, Garry, Trait, Traitorous, or really
⠀whatever else you want to call me. I mostly play open world RPGs and random online games. ⠀
⠀I'm completely open to any games suggestions you have for me

Chances are I won't accept any trades unless they're super unfair for you, but you can always
send a request or message me about it, I may accept it, who knows :) 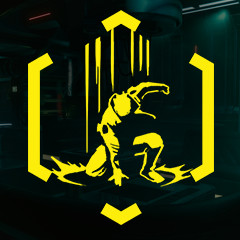 Cyberpunk 2077
254 Hours played
Spoiler Free First Impressions
DISCLAIMER: This is not a full review. I haven't even scratched the surface of this game yet. Everything in this review is subject to change, and I plan on updating it once I have played the game quite a bit more. I will try to go as in-depth as possible without dragging on and making this a complete essay.

With that out of the way, let's start with the ugly.

Bugs, Glitches, & Performance
Honestly, it's not as bad as a lot of people are saying. Not for me, at least. Every single bug I've had has been audio-visual, except for one. The majority of this is fixable by simply updating your GPU drivers, but not all of them, unfortunately. Serious though, update your GPU drivers.

The only bug I've had that wasn't audio-visual in nature was a map bug. I hit N and M, both of which open menus, at the same time on accident, and got stuck in the map and couldn't close it. I had to use task manager to kill the game to restart.

Performance-wise, the game runs great. I've only had one noticeable frame drop, and it was while streaming to discord when I tabbed back into the game. That's literally it. I run the game smooth as butter on low and medium settings, at high I get 20-40 FPS though. Specs are: GTX 1060 6GB, 16GB DDR4, Ryzen 5 2600, Windows 10 64 bit. If you want any additional info on my specs, ask below.

Graphics and Visuals
Graphically, the game isn't breathtaking or anything, but it looks good. It's not up there with The Last of Us 2, Red Dead Redemption 2, etc. but I'd say it's definitely above average. Keep in mind I am playing on medium, so it can definitely look better. Additionally, I'd turn off chromatic aberration, film grain, and motion blur. As with most games, I feel like they worsen the look of the game, although motion blur can make the game look smoother if it's running a bit choppy.

Audio and Soundtrack
The audio is good. Nothing to write home about, it's not EA Battlefront, but it does its job and it does it well. I would say it does it better than a lot of games though. The soundtrack though...

The soundtrack is amazing. Some of the licensed music in the game isn't as great, but the music made for the game as expected from their previous work, Marcin Przybyłowicz (The Witcher 3), P.T. Adamczyk (Gwent), and Paul Leonard-Morgan (Warhammer 40,000: Dawn of War II), it truly delivers. The main menu music, which I believe was created by Marcin, is probably the best main menu music I've heard in my life. I've never had a song get me so hyped up for a game before. I literally sat there just listening to it for a solid 10 minutes before opening the character creator. Additionally, there is an option to turn off copyrighted music for streamers and YouTubers, the only other game I know of that has this is Control by Remedy Studios and it's such an appreciated feature. Would love to see it become a mainstream feature in games.

Controls
The controls are pretty good, although the driving isn't great. It's not awful, definitely better than Watch Dogs: Legion, but it could be better. I don't know where else to put this in the review, but it's also worth noting that AI driving vehicles and also just walking can be kinda wonky at times. Especially if the driving AI is on-rails, the car will drift unnaturally and just look... off. Other than that, you cannot rebind the F key, which is for picking up items and general interactions, which may be annoying for some but I'm fine with the setting, to be honest. The default sensitivity was insanely low, but a quick increase to 15 and I'm good now.

The Character Creator
Okay, this character creator was one of the most hyped things about this game, and man, it does not deliver. It's okay, a bit better than serviceable, but it's really just not that great. I was hoping this would be the game to beat Black Desert Online as having the greatest character creator ever, but I wasn't expecting it to. But I was also expecting it to be far better than this. The options are very basic and limited, Nose 1, Nose 2, that kinda thing. The ability to customize genitals is a cool and weird feature, but that's about the only thing that's special. Tattoos and scars are presets across the entire body rather than specific things you can choose, the hairstyles have variety but not a huge amount and there are some basic colors like platinum or white that are just missing along with any shade of blonde that isn't golden. There are some cool options with the eyes, you can choose grills and different facial cybernetics, but overall there are not many choices and it's a major let down. It should also be noted that all choices to your character are final, there is no customization outside of the initial screen, not even a hairdresser. Me and many others are expecting this to possibly come in free DLC, but we'll see. The perks and skill points are cool, and I put more thought into applying them than I thought. Additionally, the 3 origin story choices are exciting, I'm currently playing as a Nomad so I can't speak on Corpo or Street Kid, but I enjoyed the origin of Nomad and am excited to see where it will bring me.

The World
This will be very short since I haven't been able to explore much of the world, but so far it seems very alive and dynamic. The streets are absolutely filled with people at times, not quite to the density as Assassins Creed: Unity, but quite dense. You do have the option to turn this down should you wish. There are vendors across the map, fast travel points, vehicles you can steal, etc. But it also feels like there's a lot that's missing. There are no car dealers, I don't believe there's any form of robberies other than stealing cars, etc. When you do commit a crime like killing someone, police kinda just teleport there rather than actually traveling. Multiple times they've literally just popped into existence directly in front of me. So far I'm a little disappointed, but I'm so early in that I cannot properly judge this aspect of the game yet.

Characters and Story
The characters so far seem well thought out, some are pretty charismatic and I genuinely enjoy them. The story so far is interesting, and I am excited to delve deeper into it. This is also something I'm simply too early in to properly judge or dissect. The voice actors so far have done a nice job, and I'm really liking the actor who played female V.

Gameplay
Also too early to really get into this, but I'll give my thoughts so far. It's fun. It's a lot of fun. The combat is very similar to Fallout except without VATS, but it's also much smoother. The melee combat is pretty basic but fun, same with stealth, the shooting feels nice and effective. I chose Hard as my difficulty, and there's definitely been some challenge but it's not been that bad. Hacking is very fun, and there's a nice minigame that comes along with it sometimes. There seems to be a very nice diversity in weapons, clothing, and cybernetics that you can get.

Also, you can pet cats.

Closing Thoughts
I'm definitely missing some stuff I wanted to say, so I'll come back and add them if they come to mind and once I develop further opinions on this game. Overall, it feels like the game is simply not living up to the hype it got. It feels like this is not the game it deserved to be. But I am so early in that's completely up to change. I really hope it gets better. It definitely feels like a good game so far, but not as great as I was hoping it will be. Only time will tell if it will be able to achieve that greatness it deserves.
Leave a comment
Favorite Game

spy Mar 28 @ 8:10pm
I would like to notify anyone acquainted with this individual that you should be aware of his so called "COOL AUDI CAR". Tried to sell it to me for $15,000 but the turbo was blown so bad that I found turbine blades literally embedded in the radiator and other different parts of the engine bay. My initial question is, why would you buy such a thing?