This user has also played as:
Samuel "Sammy the" Slug 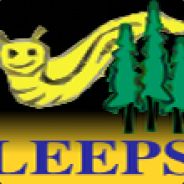 Sharp-Eyed Stockpiler
204 XP
This profile is the official account of the LEEPS Lab at the Department of Economics at the University of California, Santa Cruz. All activity conducted herein is for the expressed purpose of economic research.

Among the world's many centers for conducting laboratory experiments in economics with paid human subjects, LEEPS is notable for three things:
1. Its early origins. LEEPS (Learning & Experimental Economics Projects) began operation in 1986 with the Double Auction Asset Market, the world's second fully computerized market system. (PLATO at the University of Arizona and the University of Indiana was the first and now there are hundreds including major financial market systems.)
2. Its modest size. Since 2004, the lab has occupied a dedicated space with 16 workstations. The annual output from LEEPS has increased from one or two series of experiments to four or five.
3. Its emphasis on the learning processes used by human subjects. Always informed by optimization/equilibrium theory, the projects at LEEPS usually emphasize the underlying adjustment processes. For the rationale, see the manifestino at the bottom of the About page.
View more info
Currently Offline
Badges  2

DataStorm Oct 16, 2015 @ 5:20pm
Any progress? I had send you a long mail regarding valve trading. Said back then that after a month or so would contact me again with questions etc.
< >