This user has also played as:
Empire State PLAYERUNKNOWN'S BATTLEGROUNDS
1,774 Hours played
As someone with 1,100+ Hours in this game, Playing since the day it released, I can honestly tell you it is NO LONGER worth it, and here's why:

When the game released back in 2017, it was run by a small company with one thing on its mind: A Fun battle-royale for people to play, with a hint of realism behind it, the game back then was fun, new, and had only ONE, GOOD map! Soon enough, the game started getting GOOD updates, bringing in more servers so players all over the world could get better ping (If you don't remember, back in 2017, there was only 3 servers, North America, Europe and Asia) Game had a huge spike of players, game was looking good! then bang, the game went to version 1.0..

After the 1.0 Update, things just started going downhill, whole UI was changed, new guns were added, new maps were added, zone damage was adjusted, gun recoils were adjusted, loot table was adjusted (MULTIPLE TIMES) New attachments were added, got to the point in time where you felt you could shoot a gun, then the next update they changed it then you would have to re-learn it, none of the guns feel good anymore

Everyone grenade spams, I feel they should have a 2-3 carry limit on grenades, to stop the grenade spamming
View all 4 comments
Favorite Game 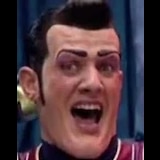 Garry's Mod
We are Number One but in every language

We are Number One but good memes
Workshop Showcase 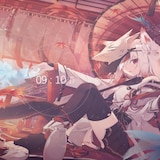 We are Number One but good memes
By player 26

How to DISABLE the GMOD Camera!
By player 26

AnigmA 11 hours ago
haha thanks xd

AnigmA 12 hours ago
you have a cool anime porfiel
< >