This user has also played as:
The General. 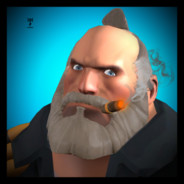 Sergeant Major
100 XP
I am not the man I used to be, Nor will i ever come back to him. I have learned from my ways and became much Wiser and Older. May the Young man live in memory.


I have 2100+ Hours on Heavy.
I created the biggest Heavy group on Steam.
I am the General of the Heavies.
I completed 5/5 Hale's Own Miniguns.
I have rare Exorcisms.
I was at the first and final NHBL conference.
And i allied SSBL and NHBL together.
Helped create NHBL's Fight Night.
Helped design Tournament Medals.
Heavy / Heavy Boxing Teacher.
One of the four eGO Horsemen.
I survived a hijack.
Won in a game with 3 Hackers.
Made 'Jruokis's Symbol'.
Made a TF2 Holiday.
I was in the Soviet Civil War.
I was in the Rebirth War.
I saw the end of the Han War.
I fought in the Battle of Barath Bar.
I became a Champion of the Rebirth.

You are better than this, Undead.

Until the last battle, sons.

Until you wake again, Lazyfinger.

I will always love you, my brother Koshmar.

From a soldier to a General, Bog

Cheers to Gaius, a true King.

A flame in my heart, Scaldy.

We won the game of love, Kitty.

Be happy with your life, Empress. Not angry.

Bearded Expense: It is the old men who decide war, but it is the young men who fight it.


'We're a few, but a strong few' - General Jruokis


'When a story ends, another begins.' - Jruokis


"Stay Golden, and thou whilst be beholden, to a future as rich as it is olden." - King Demomidas


"Wars aren't won by prowess, but by a choice of words." - Teddy Pootis


"The situations you find yourself in will help someone with the same problems tomorrow." - Steelbilly


"Every event in your life has already happened, you must simply cross the bridge." - Vicislav


"It is better to have loved and lost than to never have loved at all." - Captain Jean Luc Picard


"The best defense is a good offense." - Sun Tzu


"Impossible is a word to be found only in the dictionary of fools." - Napoleon Bonaparte


"Be more than you seem to be." - Frederick the Great


"Death is the enemy, the first enemy and the last. The enemy always wins. And we still need to fight him." - Beric Dondarrion


"Only a fool learns from his own mistakes. The wise man learns from the mistakes of others." - Otto von Bismarck

Comfortable with rp/erp - Ask for chr. Info. Lines are able to be descriptive or short.

Cam : he truly is merciless


if you don't kill Vampire, he won't kill you


T S I: Jruokis, you can kill me because you find ways to defeat me and don't complain about dying.


Steel: why do your fists crit everytime?


$Fafnir_KuN$: im glad i meet so many amazing people like you in the time playing this game

$Fafnir_KuN$: you truly are a legend


Jpm: Seeing General in the vents with crits = True Fear

"I will keep fighting until my last breath, killing all of the bloody men i can. If i lose, i keep trying until i have victory and crush my enemies beneath my feet. I have lost many battles, but that does not mean I will not win more." -jruokis


I have rules, and if you can't understand them, Get out of here!

1. Don't mess with my friends.

3. Put nice comments on my profile, and I will do the same to you.

4. I will delete any stupid insults you put on my profile.

6. If you act like a hacker or a scammer, I will block you right away.

7. I will not play with you unless I am in-game already or requesting.


I'm a lithuanian Highlander Heavy also called Smoking Devil , The Merciless Heavy and Boogeyman .I am a UGC 4v4 Veteran and i can be extremely nice, but i can also be your nightmare. So don't piss me off while i'm doing something important. I started back in 2015 and made my way up here. I don't have much to tell,

I own a group for Heavy Mains http://steamcommunity.com/groups/TheHeavyWarriors

The Admin over here http://steamcommunity.com/groups/TeamHeavyTF#

I was the previous co-owner / officer at http://steamcommunity.com/groups/squidrafflinggroup

Previous SVP of Operations and Referee down at NHBL

Play this at my Funeral.

A great friend of mine did this pfp pic, His name is Bearded Expense

Hmm.. I wonder where my unusual mini went..

Maker of the Tiger's Grasp

Maker of The Sandman Tactic

Thank you for the massive Donation, Kitty! We need more people in the world like you.

Feel free to add me. I will most likely accept.

I don't trade for Unusuals and / or big amounts of money.
Workshop Showcase 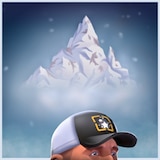 So says Christopher the communist mountain! 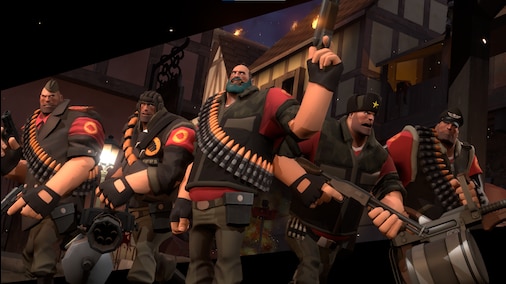 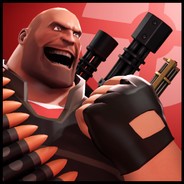 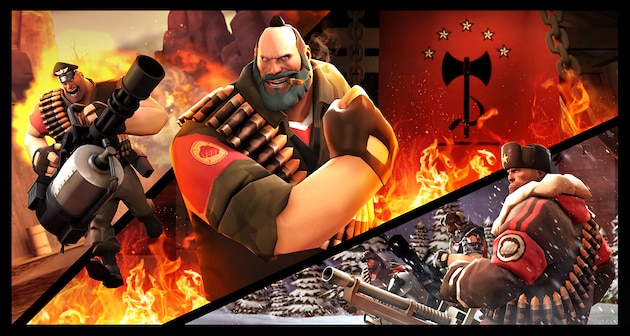