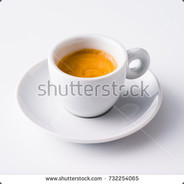 Stop invinting me to your uncool groups
25,683 Members

Sphee-Crrb: What the ♥♥♥♥ did you just ♥♥♥♥♥♥♥ say about me, you little ♥♥♥♥♥? I’ll have you know I graduated top of my class in the Kool Kids Klub, and I’ve been involved in numerous secret raids on normies, and I have over 300 confirmed ♥♥♥♥♥♥♥♥. I am trained in 4chan warfare and I’m the top ♥♥♥♥♥♥♥♥♥♥ in the entire Reddit armed forces. You are nothing to me but just another Normie. I will wipe you the Dank out with precision the likes of which has never been seen before on this Internet, mark my ♥♥♥♥♥♥♥ memes. You think you can get away with saying that ♥♥♥♥ to me over the Internet? Think again, ♥♥♥♥♥♥. As we speak I am contacting my secret network of 4chan users across the web and your reddit acount is being bamboozled right now so you better prepare for the Cancer, ♥♥♥♥♥♥. The Cancer that wipes out the pathetic little thing you call your Normie Memes. You’re ♥♥♥♥♥♥♥ Bamboozled, kiddo. I can be anywhere, anytime, and I can bamboozle you in over seven hundred ways, and that’s just with my Dead memes. Not only am I extensively trained in ♥♥♥♥♥♥♥♥♥♥♥, but I have access to the entire Memes of the Reddit Marine Korps and I will use it to its full extent to wipe your Normie ass off the face of the 4chan, you little ♥♥♥♥. If only you could have known what unholy ♥♥♥♥♥ your little “clever” comment was about to Bamboozle down upon you, maybe you would have held your ♥♥♥♥♥♥♥ Memes. But you couldn’t, you didn’t, and now you’re paying the Memes, you damn normie. I will ♥♥♥♥ Memes all over you and you will drown in it. You’re ♥♥♥♥♥♥♥ Bamboozled, kiddooooooooooooooo

Sphee-Crrb: make that your bio

Sphee-Crrb: I spent time in my life for you