This user has also played as:
Count of Chernobyl 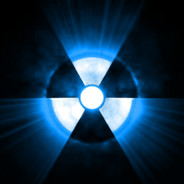 Hexahedron
200 XP
If I don't recognize you, I won't accept friend request.
If you want to ask question about Canteen Crasher or Madness vs Machines, go to Potato's MvM Servers group chat, any admin should be able to answer, not just me.

I study physics at uni like a proper nerd and get paid for doing so
I played comp before, so I know... something.
for now I'm judge of contests. real mapping contests.

1,076
Items Owned
Some stuff about me
I played comp
ETF2L : some HL in some Artimek team, never actually won stuff
UGC : mostly Steel but when I played Silver I got to playoffs just to faceplant like a noob I am
and I'm sub in one of silver team so that works Iguess

Trading
I don't sell.
Just don't.
If I ever want to buy something I'll add you instead when I want to buy that thing of yours.

I make stuff :
Some maps I made
So there was this one reskin of Decoy that wasn't half bad for bad amateur I am :
TF2M [tf2maps.net]
Workshop

And then there was this one CTF that was bashed and I lost interest :
TF2M [tf2maps.net]

Everlasting Mayhem [tf2maps.net] - endless MvM gimmic, done for like 72hr Jam or something
General Medieval Tie [tf2maps.net] - geddit, like GMT? (again 72hr Jam stuff)
Mekanism Malfunction - some Expert Endurance I made for Rottenburg long ago. Guess what, it's back as Searchlights in Madness vs Machines.
Evil Eye - that one mission I submitted for Titanium Tank that got like 0 points [hydrogen-mvm.github.io] away from winning. I resubmitted it to Canteen Crasher and it got through.

Qualeafied Treetment - okay, it's punny. Full of memes. I just dare you read the sauce code of it. Collabed for this tour [gamebanana.com].
Passchendaele - nothing rattles your will to kill yerself (in-game) than a World War 1 mission, amirite? Also a collab.
Sketchy Swing - all blame Electric Swing Circus and their sCatchy songs. Casino City advanced, go gamble your life away or something

Mince: nuke has a rayshud boner
Nuke: Don't...
Nuke: put it like that
gamerung: then how should we put it
Nuke: that I like rayshud
Mince: yea but every time you see a screenshot with rayshud youre like
Nuke: is just a good hud okay

MoreBuckets! Feb 26 @ 3:57am
hey i lead a team with you from the past and we talked about certian things can you accept me back?

The Earth was kindled with terrible fire
And the dark angel struck in the Vault of Holiness
Like hell came out of the Fourth Gate!

Remember, «If you have no respect for this territory in your soul, the Zone will surely kill you, but if your heart is full of sympathy and compassion for this earth and people who put their lives here, then the Zone will not touch you».