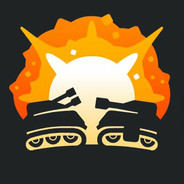 Advocacy and design for real-time strategy and tactics games.

“If you’re not making mistakes, you’re not taking risks, and that means you’re not going anywhere. The key is to make mistakes faster than the competition, so you have more changes to learn and win.” – John W Holt Jr.

Mostly focused on competitive gaming – specifically, real-time strategy, tactics, Wargames, MOBAs and similar. Real-time strategy games are some of the most mentally challenging and stimulating games in the marketplace, and provide excellent metaphors for understanding the importance of being proactive, competitive, efficient, and knowledgeable to be successful in life.

WE love RTS. We are suckers for game mechanics, for the mental challenge of using a limited palette of tools to outwit and outmaneuver an opponent. Asymmetrical balance and combat dynamics excite us. Getting elbows-deep into a game and grokking its fundamentals, exploring and exploiting its workings to my benefit, are immensely satisfying.

Right now, Age of Empires IV is a big topic of conversation in the RTS space. It’s among the largest modern RTS launches, and while there has been some spirited discussion of the state of the launch, the game’s balance and the feature set with which it released, the window around Age IV’s debut compares favorably to that of Company of Heroes 2, Halo Wars 2, Grey Goo… I could go on. Regardless what you think of the game personally, I think it’s fair to say this RTS is a pretty big deal at the moment.

While it remains to be seen how (or if?) the game will grow over time and how fan and player concerns will be addressed, it’s definitely jogged a ton of conversation in RTS spaces online. From art style to camera zoom to expected launch feature sets; ranked multiplayer, faction design, and more. There’s a lot of conversation on Discord, Twitter, forums, and elsewhere, all inspired by the development and launch of this new strategy game from Relic, Microsoft, and World’s Edge.

Among my very favorite elements of the Age of Empires series are the complexities and optimizations present around its food and gold resources. While many of the systems specific to food are hidden (a topic for another day perhaps?) and difficult for the average player to determine without outside assistance, each source of food comes with its own pros and cons, and best sources at various stages of the game.

On top of this, various civilizations have their own benefits and drawbacks to food collection: Delhi and Abbasid players, for instance, gain extra benefits from Berry bushes but cannot hunt Boar; the English have superior Farms, and China’s farmed crop is rice, which has different regrowth rates etc.

All of these various things give the player a lot to think about and a variety of efficiency levels for generating food income. Now, there is a clear hierarchy of which food sources are best to use, which can be a bit of a challenge when trying to create a system like this, but Age of Empires actually bakes that into the equation...

Read the rest on my blog[waywardstrategy.com]

The time you’ve dreaded has arrived. Your opponent’s Weather Control Device timer has ticked down to zero, and they have vision of your base. The storm clouds appear, and then the first lightning strike. Your base is shredded. You’ve been subjected to one of the most potent support powers in any game: a superweapon.

Support powers are a controversial topic in the RTS space, at least in some circles. Also sometimes called global abilities, or ‘1 clicks,’ or ‘god powers’ and I’m sure by other names too, support powers are abilities which players can use anywhere on the map. Unlike unit abilities, they aren’t anchored to the proximity of a specific unit or game piece, and are usable anywhere the player desires. A support power might take the form of an air strike, nuclear missile, science fiction or magical aura which reveals the map. Support powers can stun enemies, heal allies, spawn units or buildings, or just about anything else you can think of. And, their greatest strengths come hand-in-hand with their greatest weaknesses.

Read More
VIEW ALL (37)
STEAM CURATOR
Wayward Strategy reviews
"RTS gems of the past and present - standout RTS, Tactics and grand strategy games that exist on the Steam platform"
Here are a few recent reviews by Wayward Strategy

Dosedmonkey Jan 7 @ 1:54am
Awesome discord. Here to stalk what games people are playing.