Go on an adventure of discovery and games with tinyBuild

VIEW ALL
POPULAR DISCUSSIONS
VIEW ALL (51)
RECENT ANNOUNCEMENTS
Potion Craft is now available in Early Access!
September 21 - Antishyr | 1 Comments
Today is the day. Potion Craft is finally available in Steam Early Access!
Start your journey down the Alchemist’s Path to become the Master Alchemist, brew marvelous concoctions and run your very own medieval potion shop the way you like.
https://store.steampowered.com/app/1210320/Potion_Craft_Alchemist_Simulator/

This early access version of the game is full of features, and we’d like to highlight just some of them without spoiling you the experience of discovering and learning the game on your own!

Learn the art of Potion Craft
Every day you are to make the finest and most potent potions for your customer’s needs. Plan ahead, add the base, grind the ingredients, heat the coals, and you’re all set to boil the cauldron! What do you think your next potion could be?

Grow your very own ingredients or buy the missing ones!
Every alchemist should have an enchanted garden where they can grow the ingredients for their magical experiments. Visit yours daily to replenish the stock.

Experiment to your heart’s content!
Discover powerful (and not so much) effects on the Alchemy Map to make your very special potion. Save your favorite recipes to your handy Recipe Book and optimize them later. Level up your skills to become more efficient in your art. 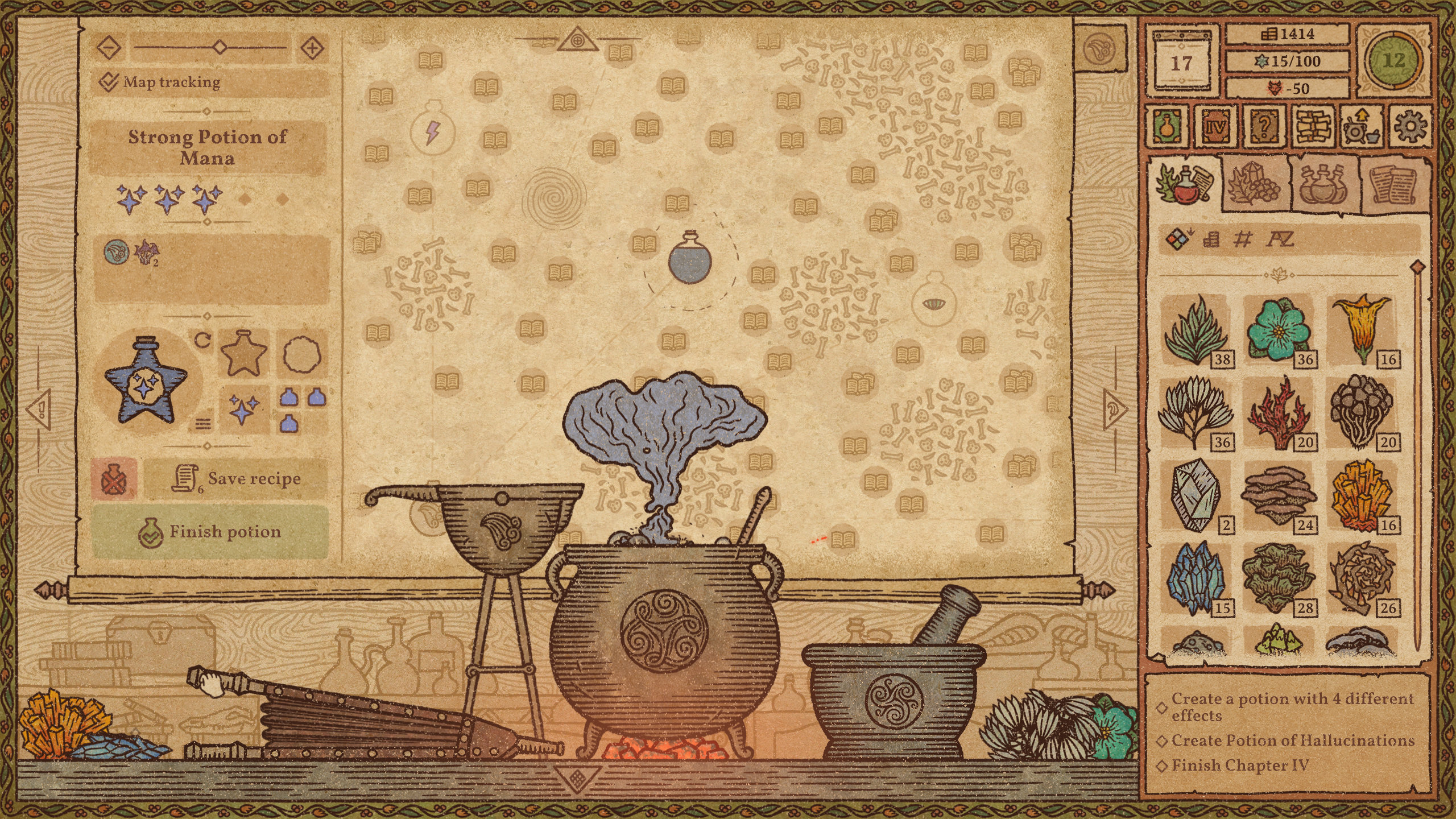 Discover Legendary Recipes
Selling potions is fun. But let’s be honest, it’s everyone’s alchemist dream to create legendary substances and become the Master Alchemist! Find a way to restore the Alchemy Machine in your basement and be ready to put your skills to the test. 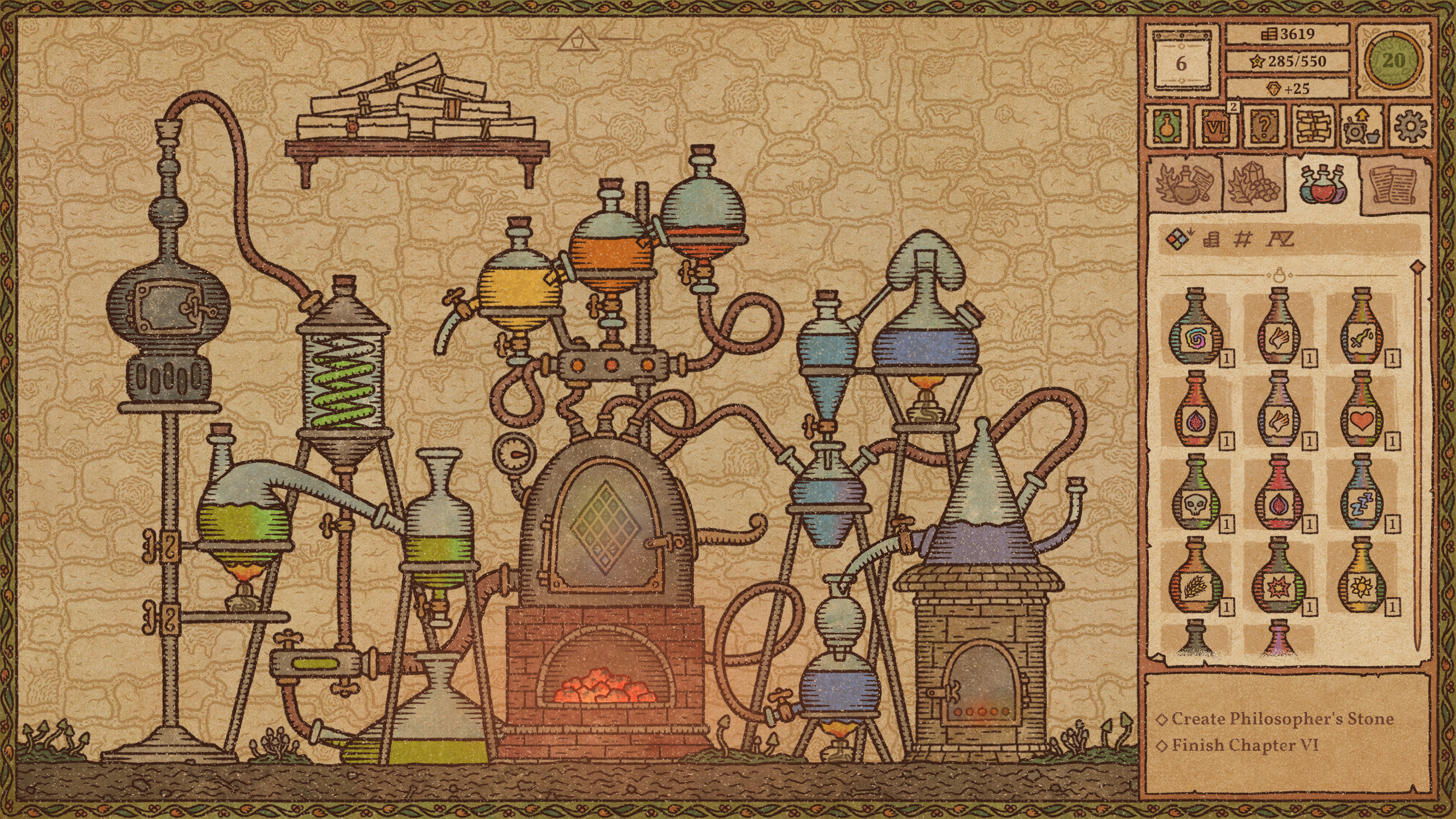 There's still more to come
These are just a few of the many features that await you on the journey down the Alchemist’s Path in Potion Craft. And indeed there’s still more to come! Take a look at some of the things that will be added to the game in future updates:

Follow Potion Craft on Social media channels
Thanks to all the players who helped and supported us (and still do!) on our way to release. We appreciate you. Follow us on Social Media and Discord to stay up to date on everything Potion Craft and chat with the community and developers!

With summer’s best of weather and autumn’s best of cheer,

September is here with a tinyBuild Publisher Sale!
Appreciate that cool autumn breeze and step into a fruitful season, tinyBuild Steam September Sale has begun with HOT DISCOUNTS! 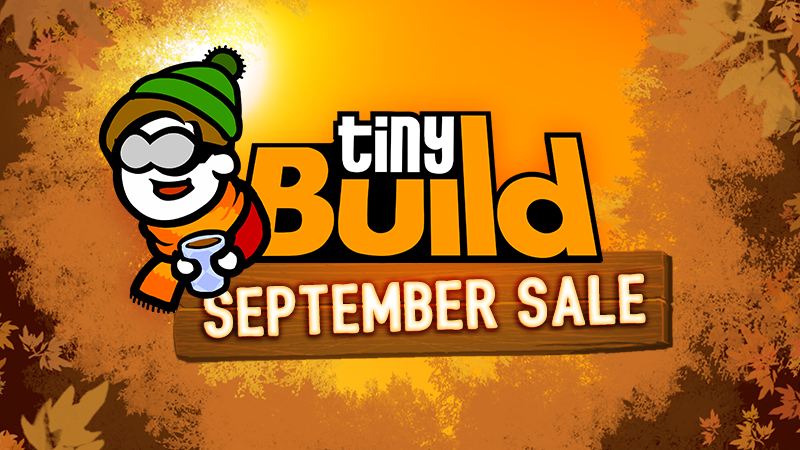 👀👀 Tune in on time, we've been busy and you can expect loads of MAJOR NEWS
Watch out for:

We are also looking at two new Early Access Releases on the horizon! Wishlist them now and get latest updates as we run towards the dates!
Despot's Game is coming to Steam Early Access on OCTOBER 14

Build your army of puny humans and sacrifice them while trying to escape the dungeon.

Despot's Game, a rogue-like tactics with turbo-charged battles, is scheduled for Early Access Release on October 14!

Over 1800 players have already participated in the first season of the open playtest's King of the Hill tournament and provided invaluable suggestions. The team behind this game is working enthusiastically toward the Early Access Release now and making sure we collect and address more awesome community feedback.

👀👀 Check out the trailer:

You can also start brewing as early as now! We welcome you to try the new Potion Craft demo that is available in 14 languages until September 17th.

More information on what to expect from the Early Access version of Potion Craft will be shared soon so Wishlist and follow the game's page!
https://store.steampowered.com/app/1210320/Potion_Craft_Alchemist_Simulator/


In the meantime, don’t forget to follow us if you haven’t done so yet. 👇


See you and let's start the countdown for the holiday season already, shall we?

CalumOrSomething Aug 13 @ 8:48am
stop whining for HN2 they need to take their time to make the game good, if they make the game to early it will be trash.

No Time to Explain