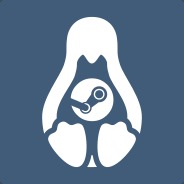 A Time For Change And A Call For Contributors!

Feb 18, 2015 @ 7:26am - Cheeseness
In August 2012, ownership of this Steam group was passed to me after the previous owner Zenitur retired. In that time, our membership has grown to pass 6,500, we've hosted numerous game servers around the world, created a website[steamlug.org] with Steam group integration (source is here[github.com]), started a Linux gaming oriented audiocast[steamlug.org], started curating Linux games, held regular gaming events[steamlug.org] and generally brought a lot of people together. As a community, we've helped give bug reports, testing and other assistance to a slew of game developers, and have been instrumental in helping identify and resolve issues in engines like Unity.

There is a lot to be proud of, and so it is with awfully mixed feelings that I am announcing my plans to retire from SteamLUG at the end of this month.


First up, don't panic! I'll still be around and I'll still be a part of the community. I just won't be performing administrative duties or holding the reins/making decisions (I'll also be available for administrative advice/support for at least another month to ease the transitionary process). This is an opportunity for the group to grow in ways that I am not currently able to oversee :)

I am yet to settle on who to select as my successor as Benevolent Owner Of The Steam Group, and I'd like to give an opportunity for people who are outside of the current administrative group to express interest. If you or somebody you know are keen, leave a comment on this thread and add me as a Steam friend!

Now is also a great time to get involved with helping organise events, producing the Cast, maintaining the website and all the other little projects that are floating around. Many hands make for light work, and the more diverse the perspectives guiding the group, the better!


For some of you, this will come as a shock. For others, it may be unsurprising. For anybody who is interested in my motivations, I am hoping to rebalance my life to give more attention to contributing to F/OSS projects, writing articles, and most importantly making more games (something I have been doing on and off since the late 80s and have always intended to focus on more fully)!

Today I am also launching a Patreon campaign[www.patreon.com] to allow anybody who would like to support me in these endeavours to do so. I'll also be streaming from time to time on Hitbox[hitbox.tv], publishing interesting articles and projects up to Cheese Talks[cheesetalks.net] (feel free to join/follow the Cheesetalks group), and as always, I can be followed/stalked on Twitter.


The support I've received from the administrative team, and the community as a whole has been great. I'd love to name everybody, but I already feel that this post is longer than it should be (take it as read that I love you all <3).

I don't have the words to express how thankful I am for the opportunity to be a part of and to guide this community over the past two and a half years. It has truly been a pleasure and an honour, and I look forward to seeing where things go from here.

Cheeseness Feb 19, 2015 @ 6:32pm
Bronsky: We're always looking for more people! If there's something in particular that you think you'd enjoy, sing out, otherwise add me as a friend, or chat with myself or one of the admins in IRC and we'll see if we can find something that suits your availability :)


Raklödder: Welcome! We hold regular events and have servers and all sorts of fun stuff. I hope you enjoy it!

glub, kaia, kusaros: Thank you so much for the kind words! This was a pretty hard decision to make, and the support I've received has been moving <3

And it is the hope of all humanity that whoever will carry on the torch will also uphold the enthusiasm and traditions of this open sourcedly minded free software group. Ahh, enough of coffee...

Note: This is only because someone told me that administrators of steamlug have to handle with thousands of groupies. Is that right? RIGHT?

PS: Thanks for the work done, Cheeseness

glub♥Linux Feb 18, 2015 @ 4:11pm
Wishing you all the best, Cheeseness. You did a great job all along and set high standards. Thanks for your hard work and dedication!

kaia Feb 18, 2015 @ 10:57am
Thank you for your ceaseless work as a caring and thoughtful group owner, Cheeseness! I wish you much success and am looking forward to seeing your creations. If you encounter hardship, just remember that you have a lot of friends who can help out :)

NgCOCKFIGHT λ Feb 18, 2015 @ 7:59am
Cheese isn't disappearing from the picture, just taking a well deserved break and the man deserves it. Thank you for all that you did and do Cheese and any community luck to have you even on its sideline is gonna be better for it. Luckily it seems we at least have that :D

Cheeseness Feb 18, 2015 @ 7:49am
Thanks EndeavourAccuracy! I think I'd like to still co-host the Cast when I'm available if that fits with other people's plans, although I want to make sure I'm not stealing a seat from any new people who would like a turn!

EndeavourAccuracy Feb 18, 2015 @ 7:38am
Good luck with your game creation (and other/related) projects. Is co-hosting the audiocast one of the things you'll stop doing, or?
< >
Subscribe to RSS Feed
Share to your Steam activity feed