This user has also played as:
Cheese 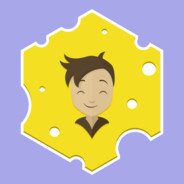 Level
26
I draw pictures, write words, play music and make games <3
In the past, I've done community/dev stuff for Double Fine, Defiant Development, Over The Moon Games, Underflow Studios, Passenger, and others. I also ported [cheesetalks.net] Day of the Tentacle Remastered and Full Throttle Remastered to Linux, and The Away Team to macOS. All of these games and developers have proper support/contact info available - please use that instead of leaving messages on my profile here.
I'm often at the limit of my friend cap and have to remove people to make room. Feel free to re-add me ^_^
My Interviews and Articles [cheesetalks.net]
Steam Linux Users Group [steamlug.org]
Twitter
Mastodon [mastodon.social]
Patreon [www.patreon.com] 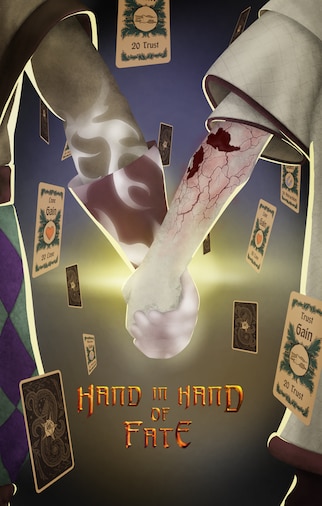 Hand in Hand of Fate

Another World
40 Hours played
Click here for the full review[cheesetalks.twolofbees.com] (Steam's character limit doesn't allow me to post the full thing here), and if you've played the game, please check out my Another World survey[docs.google.com]!

In 1991 I first played Another World (also known as Outer World and Out of This World in some regions), a game that would have a greater and more lasting impact on me than any other.

On the surface, it seems clear that Another World is a product of its time, and does not align well to some modern dominant design sensibilities. At the time though, it was pushing the envelope with its use of polygons and 'pixigons' and broke with many established motivational paradigms of the era, relying on a desire to explore and drive through the story rather than achieving a score or preserving lives.

In spite of its vintage, there are things that developer Éric Chahi was able to achieve in Another World that I believe are still relevant, enjoyable and worth aspiring to, even twenty one years after its release.


Upon launching the game, the first thing that stands out is its atmosphere. Within the first moments of the intro cinematic, much of the game's tone is set, as the protagonist Lester (who is only named in the credits) is depicted arriving in his Italian sportscar at an isolated lab on a dark and brooding night. Lester immediately comes across as being successful, independent and yet lonely as he is greeted by the lab's AI and seats himself at a solitary workstation. The cinematic's score echoes this, playing an eerie isolated melody leading up to Lester's appearance, which is joined by a purposeful military percussion as he enters his workplace. As the experiment begins, rhythmic tensions builds before suddenly and unexpectedly, Lester and his desk are vapourised, leaving a charred crater with dissipating charge arcing across its surface.

The game itself begins with Lester and his desk materialising beneath the surface of a deep stone pool, a stark contrast to his technically advanced (and air filled) lab. The sense of displacement is real and highlights that Lester is no longer in an environment that he controls.

Another world has very little incidental music, using the intro cinematic to provide an initial sense of tone and pacing before giving way to sound effects. The first several scenes offer a full soundscape, with forlorn wind whistling through a rocky canyon, punctuated by seismic rumbles. All of the game's sound effects feel raw and visceral, adding to the game's air of danger and urgency. As the game progresses, ambient audio becomes more sparse, relying mostly on footfalls and laser fire to fill in the space. As a result of publisher pressure from Interplay[1], the SNES port (and derivatives) feature additional in-game tension music that deviates significantly from the style established in the cinematics. In addition to being out of place, I feel that this also detracts from some of the game's sense of loneliness and isolation.

In contrast to many other games of the era (Civilization, Monkey Island 2: LeChuck's Revenge, Lemmings, Street Fighter II and Sonic The Hedgehog, for example) Another World has a comparatively understated 16 colour palette with recurring dominant blue hues that help support its atmosphere of isolation and loneliness. Its muted tones depict an not only an unforgiving and unmoving world (in which Lester with his red hair stands out), but also one that can be eerily beautiful.

The game capitalises on its low-fi presentation, using implied detail over actual detail in a way that allows the player to project and interpret things rather than have them explicitly defined. It's difficult to know how much of this is a happy coincidence due to technical limitation of the time and how much was intentional minimalism, though there are a number of moments where the game gives the player fleeting glimpses of something separated from normal gameplay (using the short city view or black monster cutscenes as an example), enough to only give a sense or impression of what's shown.


Lester is presented for the most part as a "silent protagonist", leaving his character open to player interpretation and projection. Beyond highlighting how out of place he is, the only definition the game gives Lester is when he is shown briefly emoting during his first encounter with members of the alien race (who presumably are indigenous to this planet, leaving Lester the real alien).

There's a degree of history and heritage to the indigenous people depicted within the game, who at once display aspects of technical advancement alongside cultural barbarity, with energy weapons and teleportation providing a stark counterpoint to the apparent slavery and bloodsports.

All three lines of dialogue are delivered in an alien language, two delivered by aggressive guards and one by the companion encountered by the player early in the game. This companion is shown to be amicable, caring and resourceful, and is undoubtedly the most developed character in Another World.

There's a degree of implied co-dependence that Lester and his companion share, and though Lester does not show direct response in game, the manual included with Another World contains a page from Lester's journal expressing concern.

I'm yet to see someone play through the game without feeling a sense of connection to this character, empathy which I believe speaks to the success of Lester's "silent protagonist" role.


The pacing of Another World's gameplay is structured so as to heighten the impact of the game's tension centrepieces. The placement of encounters, obstacles and save points gives the sense that flow and pacing were heavily in mind as the game evolved.

As mentioned earlier, the game relies on players using trial and error (often resulting in death) to explore possibility space and discover solutions. For example, most players' first death will occur whilst they are absorbing the shock of Lester's transition from an air filled lab to beneath the surface of a murky pool. Invariably, all first time players I have observed are quickly pulled down into the depths by a mass of tentacles reaching from below. This first death introduces the notion that this new world (and the game itself) is not a friendly one, and that Lester's immediate task is to survive.

In modern context, this death oriented learning would be considered a negative aspect. At the time of release, the popularity of titles like Dragon's Lair and Sierra's line of adventure games, which heavily featured player death, made this much more accessible. To help make death feel less negative, many of these games employed special death animations or cutscenes as a reward. In particular the death messages/puns and animations in Sierra adventure are highly celebrated. Deaths with cutscenes in Another World are short and in line with the survival horror aesthetic, showing a glimpse of tightly framed jaws or claws in a way that implies the violent outcome without directly depicting it. Several types of deaths don't feature cutscenes and tend to be more graphic and bloody, though the zoomed out perspective gives them lesser impact.

Unlike Dragon's Lair however, each death in Another World (with the exception of combat encounters and platforming obstacles) provides a learning opportunity, and as such, technically isn't an end-state. This perspective feels to be an important aspect of finding Another World enjoyable and rewarding.


Two years before Another World's release, Jordan Mechner's Prince of Persia solidified what would be known as the "cinematic platformer", a style of platformer known for relatively realistic movement and more maturely constructed storytelling...

Continued on Cheesetalks[cheesetalks.twolofbees.com]
View all 8 comments

CodyStarKiller Jan 19, 2021 @ 12:26pm
Hey i just wanted to come and thank you and all the team for your work on HOF and HOF2 there are some of the best games ive ever played and i still replay them all the time i was sad to learn the studio is no longer making games. If you guys every get a kick-starter up you got me on board. Cheers

NFin8 Jul 31, 2020 @ 10:15pm
@Cheeseness - Thanks to your article (https://www.gamingonlinux.com/2016/05/first-steps-with-openvr-and-the-vive-on-linux/page=5#comments) I was able to get the test environment and hellovr working on my Valve Index. It worked like a charm. Just wanted to say thanks and was wondering if you had accomplished anything else with this under Linux.

tuxdelux Jun 4, 2018 @ 12:57pm
I really, really liked hearing your analysis of the cross-section of game, that you called cinematic platformers. I am going back to hear the rest, one day.
< >