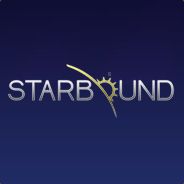 Starbound is a brand new game undergoing active development by Chucklefish, an indie game company made up of a lovely group of dudes and dudettes. It’s expected to be released towards the end of Summer 2012, but we’re willing to take the extra time to get things JUST right.

Starbound[playstarbound.com]
VIEW ALL
POPULAR DISCUSSIONS
VIEW ALL (48)
RECENT ANNOUNCEMENTS
This group is dead. It has been replaced.
December 9, 2013 - Sykes | 23 Comments

Sorry for the confusion, but this group is not the "official" group anymore. It's unsupported and dead. Steam has integrated groups with games using Game Hubs, and Starbound has one. So head on over to there and try to use that primarily, as this group will not update at all.

For those of you new to the Steam group, or still here, please read this as it will explain the state of this Steam group. This group is technically dead, and I will explain why I say that, and what's going to happen in the future that will make it all good. :)

Although this group was created/authorized by Chucklefish developers and/or contributors, priorities have since changed and so has the way Steam's game communities work. The developers are busy creating Starbound, and they release their information via Twitter (@StarboundGame) and their website (www.playstarbound.com). Steam is not an optimal way to communicate with a community, whether releasing news or receiving feedback, until a game is actually released (early access and Greenlight are excluded in that statement) because once the game is finally released, a new "Steam group" is created and linked with the game, in the form of a "Game Hub".

The official Starbound Game Hub will replace this Steam group in function and purpose when the game is released. Until then, you can get all the latest Starbound news from their website and Twitter, which I've linked above. You can also find all of the developers' Twitter accounts linked on their website, as well as sign up for a newsletter.

The current, and only, use for this community group right now is to meet other gamers who are interested in Starbound, and have Steam. That's a wonderful thing! But don't take this Steam group as a primary source of Starbound news. It is considered dead in the sense that it contains outdated information, cannot be updated, and it will be replaced by the official Game Hub when Starbound is published on Steam (which often happens shortly before release). I apologize that this group doesn't live up to why it was created. We tried as hard as we could to keep it up to date, but some things are out of our hands.

On the bright side, Starbound continues to be developed, and there are plenty of other ways to meet other Starbound fans and grab development news/progress! I'll list them all once again.

These are all the best way to receive Starbound news, information, progress updates, and to meet other Starbound fans or developers! I hope this answers any of your questions. Have a wonderful day.

(P.S. The reason I can't continue throwing updates on here is because, although I'm back from my summer job, I don't have my own computer anymore so I don't have the capability to constantly check the Steam group. I can only get on once every few days, and it's not even my own computer.)

Mickel left alone Mar 4 @ 2:09pm
Heyy, my name is Michael, im 21 y old and want to ask if anyone here is from Vienna. I’m currently looking for some new friends in Vienna only for chatting and playing since I was mostly alone during quarantine and it’s difficult for me to make any new friends outside. I mostly play all types of Indie and alternative games. If anyone from Vienna should read this, feel free to add me, I’m a very open and talkative person. You can also check out my steam profile if we have any games in common. See ya <3